Toyota may bring Supra Successor to the Detroit Motorshow 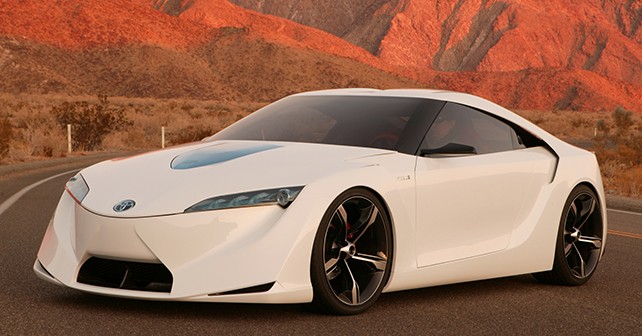 Toyota has always been known as being solid but boring cars but they showed the world what they can do with the GT86. Remember Tetsuya Tada, the father of the GT86, has been doing the rounds of Munich a lot more often which can mean only one thing and that being, the heir to the Supra is in the works.

Our last glimpse of a potential successor was in 2007 when the company’s FT-HS concept drove onto the scene just as the world economy drove off a cliff.

But Akio Toyoda, President Toyota, wants to stir things and remove that label of boring and change it to fun. We think that the new Supra will produce more than 400 horsepower and that will enough to take on its competitors.

If the rumours are true then we will see the Supra successor at the Detroit Motorshow and we know that Toyota will leave no stone unturned to make this a brilliant one.