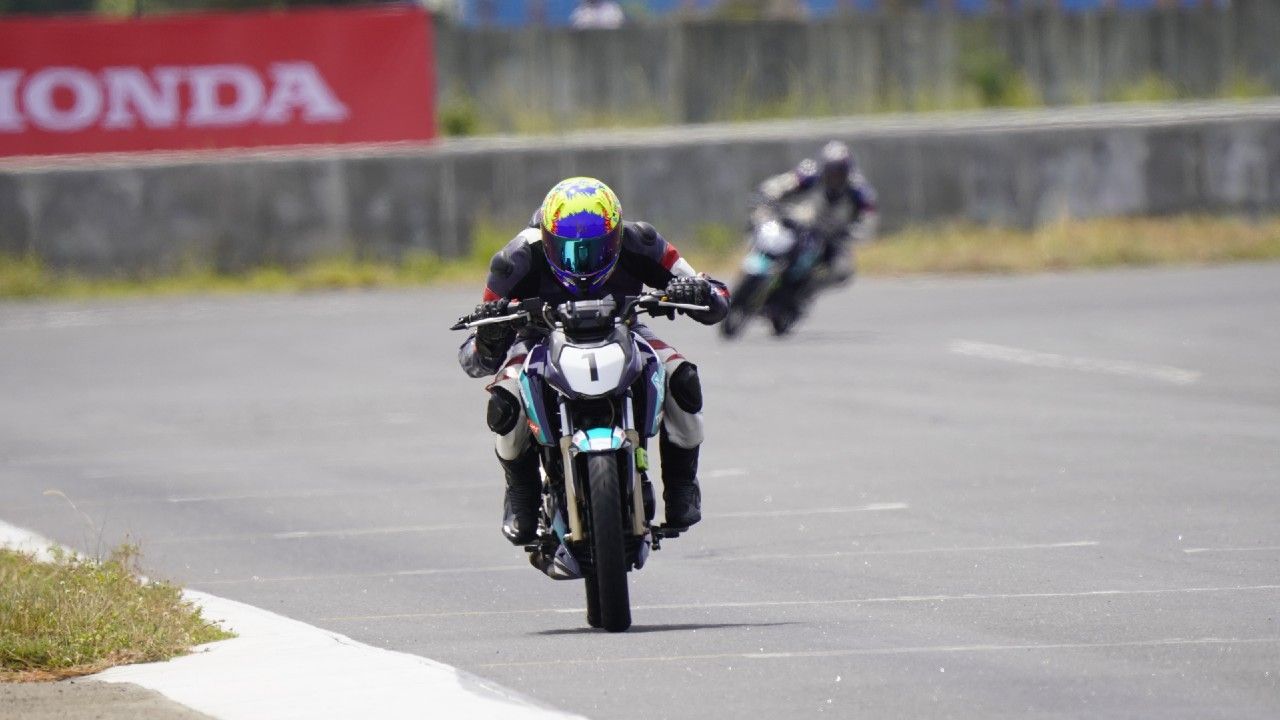 The sixth edition of the TVS YMRP kicked off at the Kari Motor Speedway.

After the training and selection round of the TVS YMRP 6.0, it was time for our first race. Running alongside the Indian National Motorcycle Championship, our first race was held at the Kari Motor Speedway in Coimbatore.

Aside from the change in surroundings from the selection round, which was at the MMRT, we also had a new rider among us, Ishan Lee (ZigWheels) – a wildcard entry who filled the absence of Glen Francis. The schedule for the weekend was a much-needed practice session, which I utilised to get familiar with the track, quickly realising that putting a fast lap here will be a challenge. And my timings reflected my lack of pace. I was fourth. Not the end of the world, but a full 4.7 seconds behind Ishan in first. 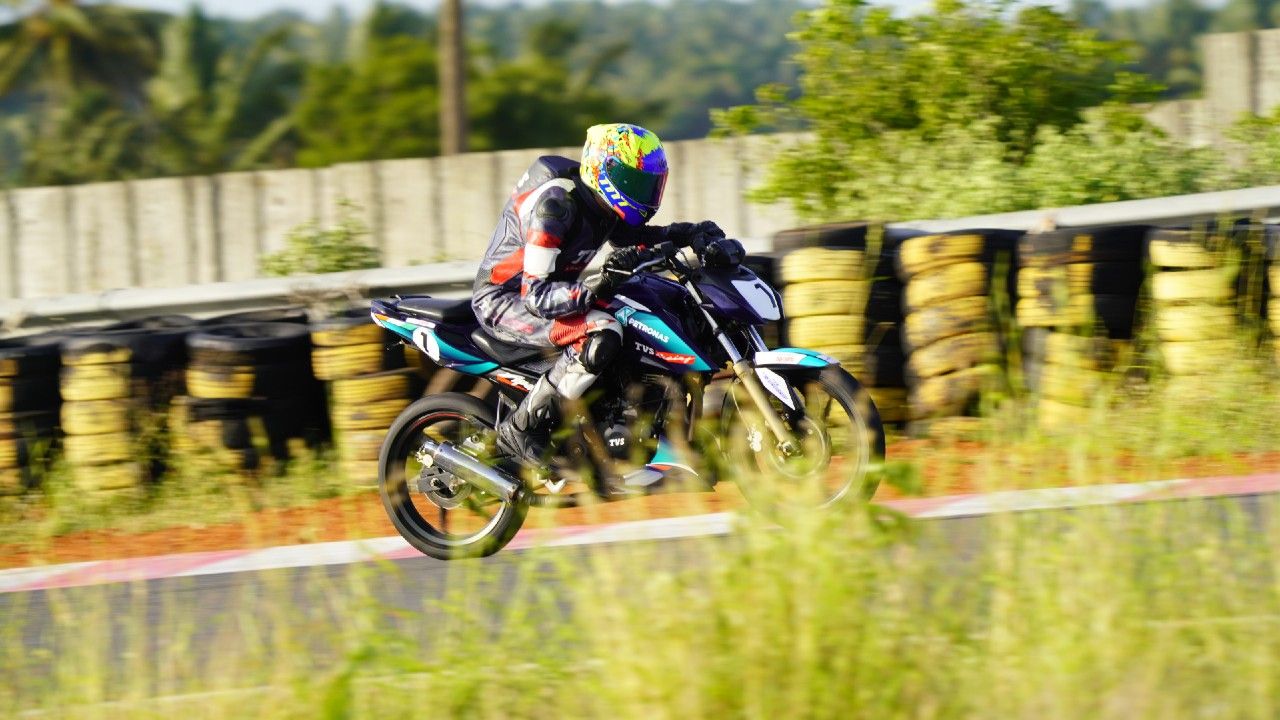 Top tip: Use practice sessions to set your markers, and get the basics right. You can fine tune your laps later.

I pulled my socks up for qualifying, tried different lines, pushed a bit harder but I was still way off Ishan’s pace. He put in a stellar 1:33.691, followed by Mandar Sawant (evo India) with a 1:35.684 and I qualified third with a 1:36.019. Way off pole, but still a front-row start for Sunday.

I’d dreamt about it the night before. Pictured it in my head before putting on my helmet. Manifested it. I was going to make an overtake into the first turn, and there were no two ways about it. We lined up on the grid, waited for the lights to go off and bam! I’d got a decent start, marginally better than Mandar and Ishan and that put me into the perfect spot to snatch second. But, I was so focused on braking late and taking second that I missed my braking point, went in deep and lost the position to Stephen Neil Gershom (Drivespark) who started fourth. 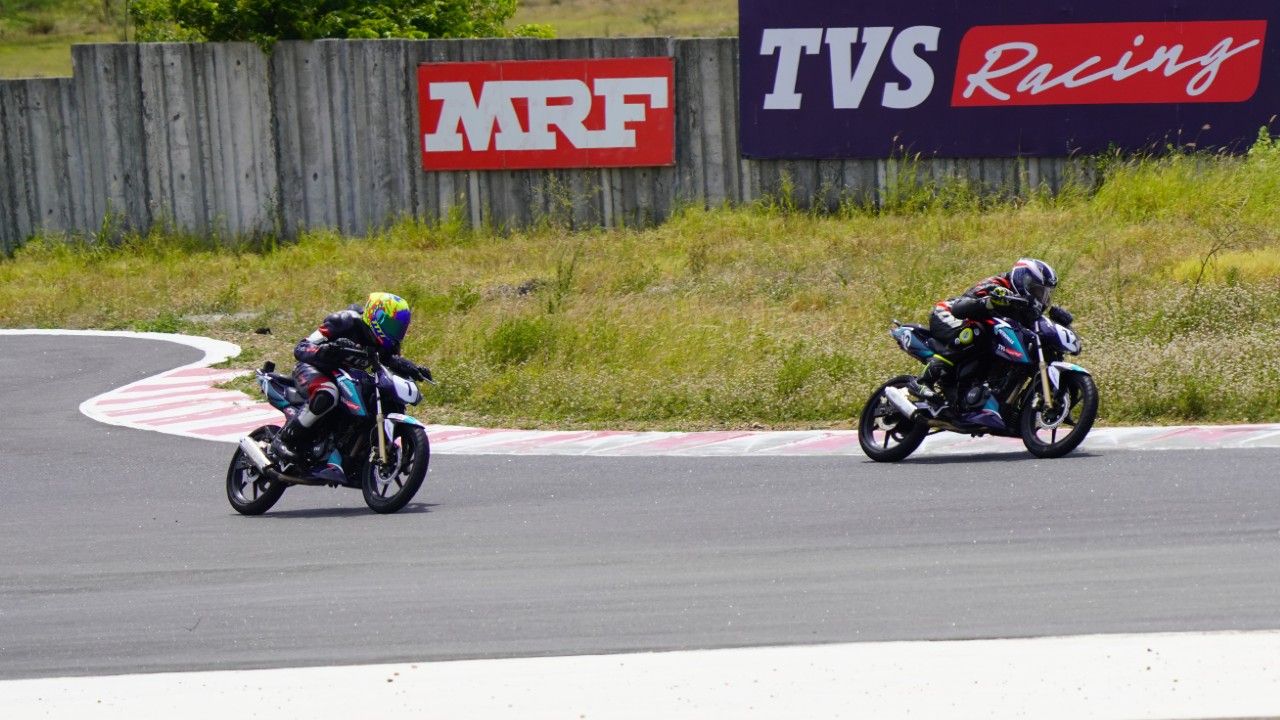 Top tip: Don’t make concrete plans before the race, adapt to the situation.

I was so flustered that half a lap later, I made another mistake, and lost another place – I was fourth now! “Head down, take it slow,” I told myself and started taking things one corner at a time. This worked. By the first corner on the next lap, I’d made two crucial overtakes on Mandar and Stephen to get into second. The chase for first was on.

Top tip: If you get overtaken, remember to keep your cool and keep the chase on. Don’t over commit.

Ishan had built quite a lead by this point, but I managed to clock some quick laps to reel him in. I was close to making a pass on lap six and seven, but there just wasn’t enough place to go through on both occasions. I kept my cool though, and lined up a pass on the main straight as we started out our final lap. 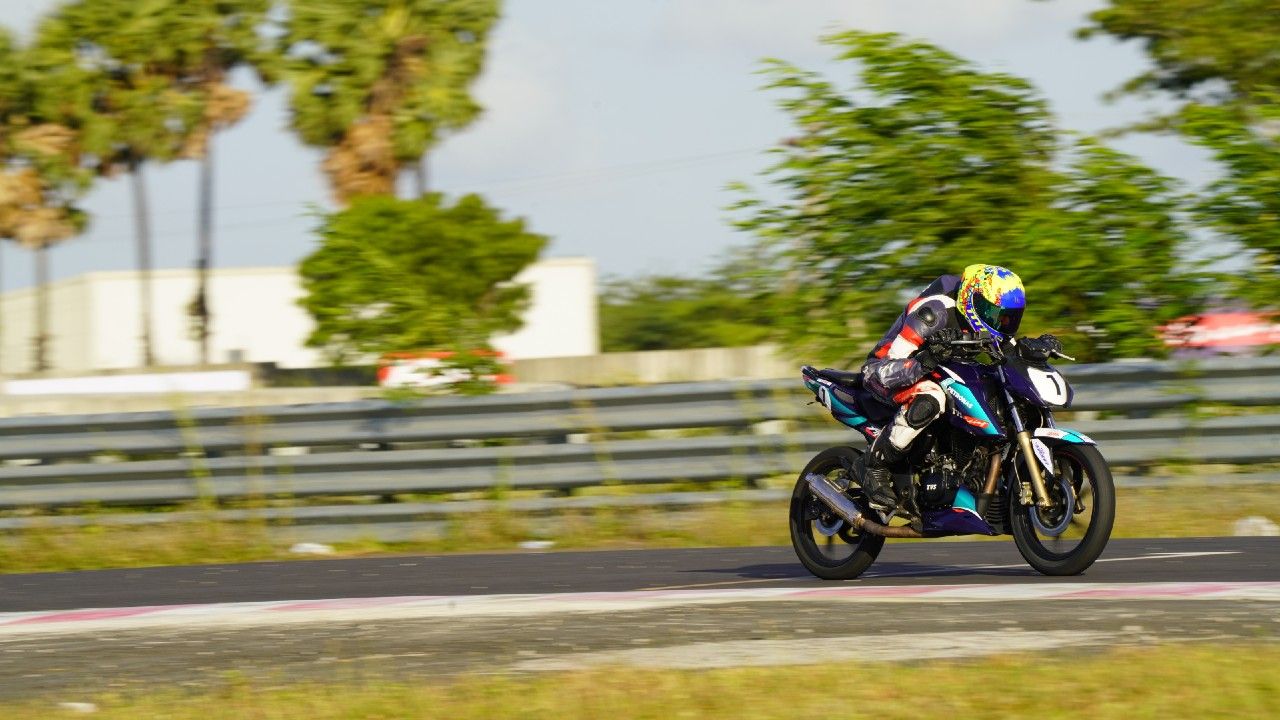 And that’s when disaster struck. I wasn’t focusing on riding anymore. My only objective was to stay in first. With a foggy mind, I was missing my markers, running a touch wide on exits and then to top it off, I went in too hot into the penultimate corner. My improper riding position meant that I overloaded the front and as soon as I made the apex, the bike washed out beneath me. I was out of the race, two corners away from victory.

Top tip: Stay calm. No matter the situation. Finishing one place behind is better than not finishing.

‘To finish first, first you must finish,’ and it couldn’t be truer. Not only did Ishan have a brilliant weekend with benchmark times in almost every session, he kept his cool throughout the race. Both of us had similar pace on Sunday, but in motorsport it is often the mind that needs to be conquered to take the win and Ishan did just that. Mandar came in second after a late overtake on Stephen who rounded off the podium in third. 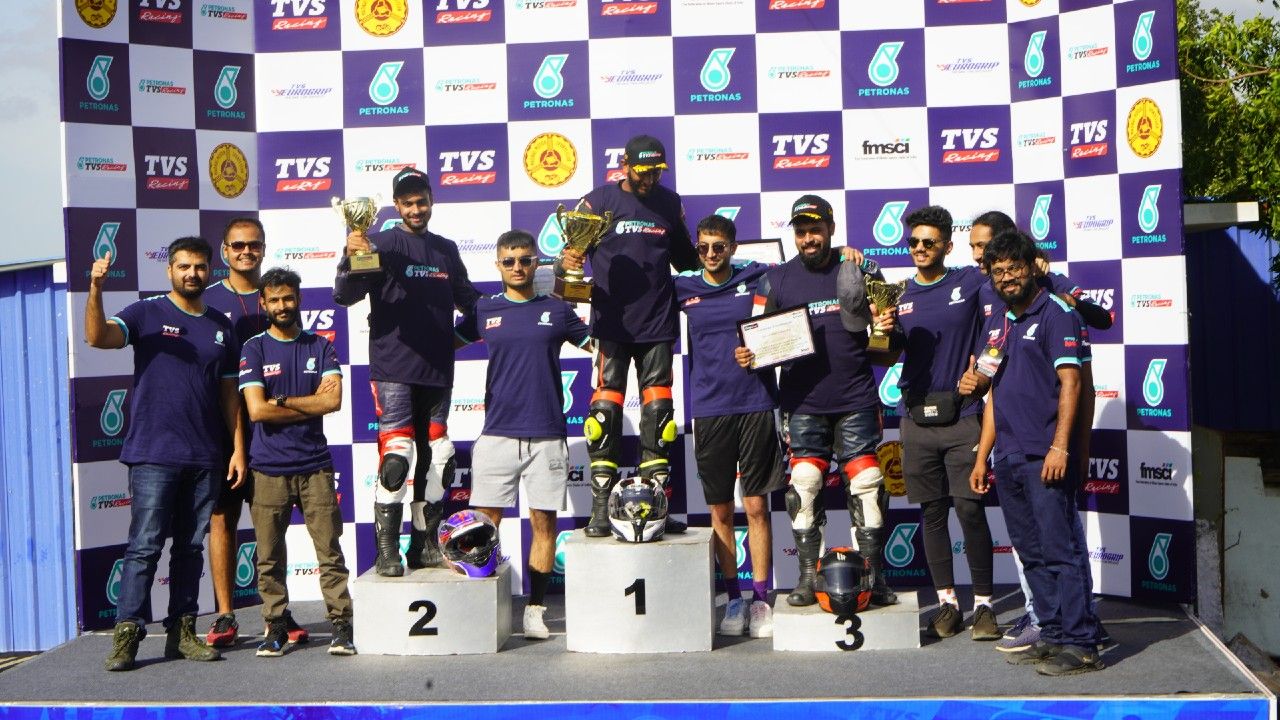 The second of three rounds is set to be held in July at the MMRT and I can’t wait to get back on track and challenge for the win. This time without crashing, I hope!

A BMW version of the TVS Apache RR310 is coming! 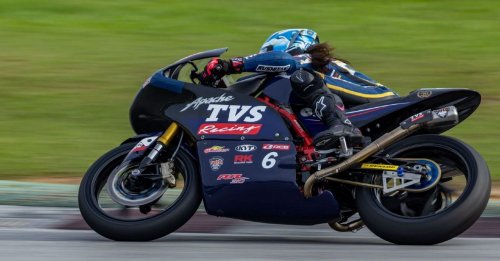 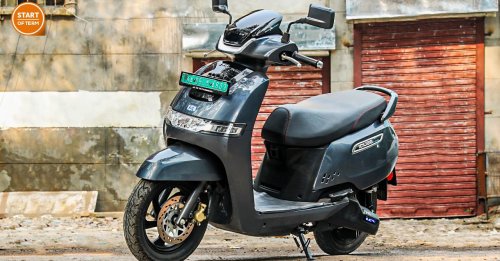 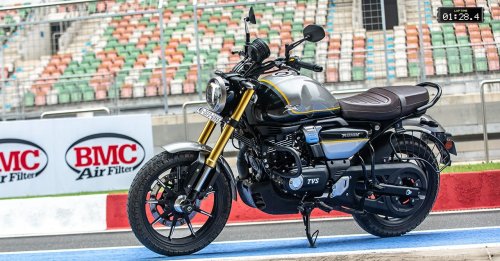 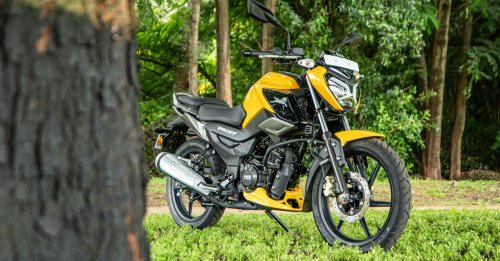 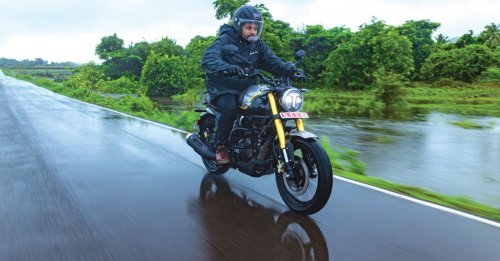