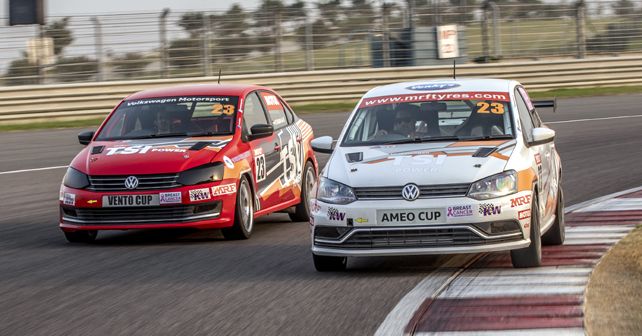 Volkswagen Motorsport India (VMI) is going back its roots by bringing back the famed VW Polo Cup for the 2020 season of its one-make championship. For the uninitiated, VMI started off its journey with the Polo Cup India back in 2010. After five successful seasons (during which the Race Polo underwent significant evolutionary changes), VMI shifted to the Vento Cup in 2015 and after just two seasons with the Vento, the Ameo took on the mantle of being the thoroughbred racer for VMI. Now, after three Ameo Cup seasons, VMI will be back in action with the Polo Cup in 2020.

VMI's one-make championships have had one key agenda - to provide amateur/rookie racing enthusiasts with an entry into the world of motorsport. For 2020, registrations for the driver selection round are already open and close on 20th January 2020. VMI claims they've already received 1,300+ registrations.

The two-day driver selection round will take place on 25th & 26th of January at the Ajmera Indi Karting Track, Mumbai. As before, Mr Sirish Vissa (Head - VW Motorsport India), Mr Rayomand Banajee (Driver Coach) and Steve Hodges (Karting Expert) will be the jurors. Apart from testing a driver's ability to learn key concepts of track racing, he/she will also be subjected to a fitness test that will contribute to the driver's overall assessment.

Commenting on the announcement of the 2020 Polo Cup, Mr Steffen Knapp, (Director - Volkswagen Passenger Cars) said, 'The Volkswagen Polo is synonymous to a fun-to-drive experience, equipped with highest safety standards and build quality that is needed on the race track. We’re extremely delighted to bring back this carline for the 11th edition of Volkswagen Motorsport’s One Make Championship. The team has made relentless efforts in training young talent and providing opportunities comparable to global Volkswagen Motorsport standards. We encourage all those interested participants to come to witness the Race Polo at the upcoming Auto Expo 2020.

Adding on to this, Mr Sirish Vissa said, 'It is a proud moment for us to mention that with a decade’s presence in India, Volkswagen Motorsport continues to be the only OEM directly involved in Motorsport. Aspiring drivers from within the country and neighbouring countries have been trained by our program and have gone on to race internationally. With the 11th edition of this championship, Volkswagen would like to reiterate its continued commitment in promoting motorsport in India.'