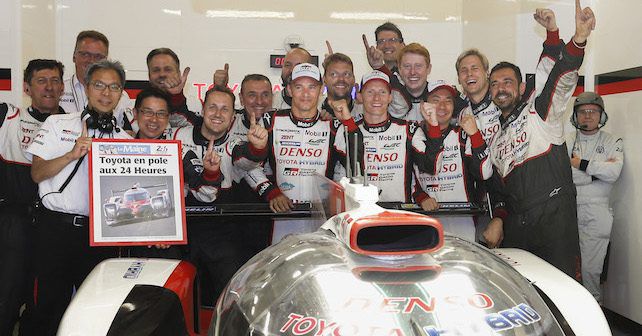 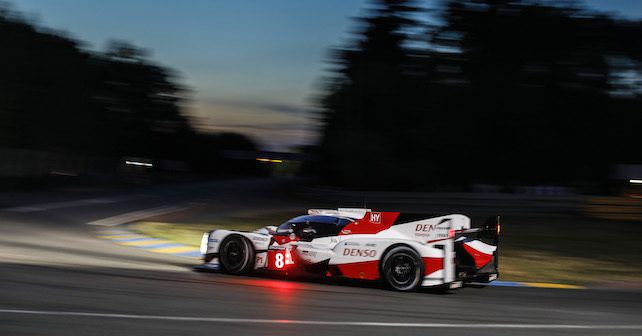 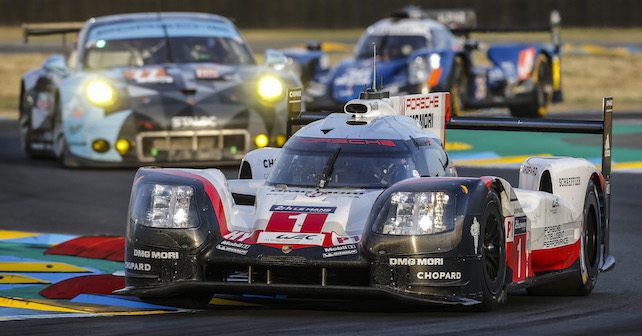 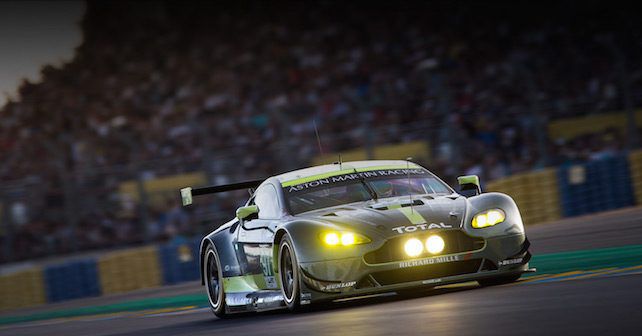 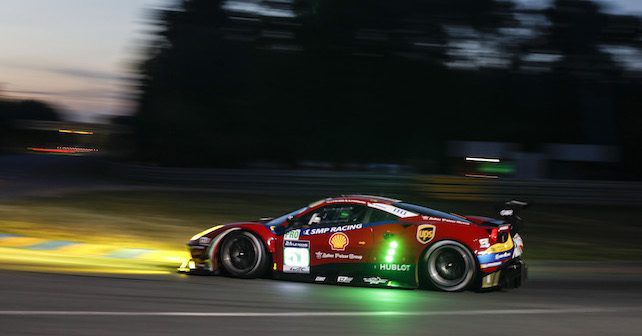 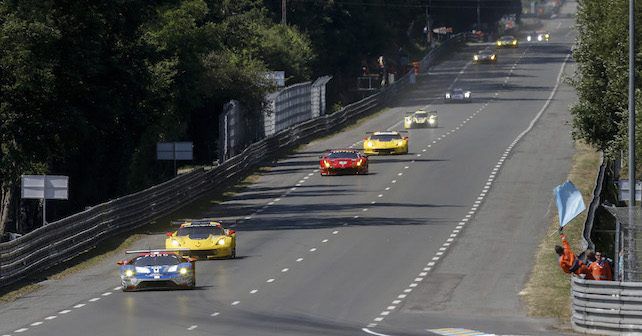 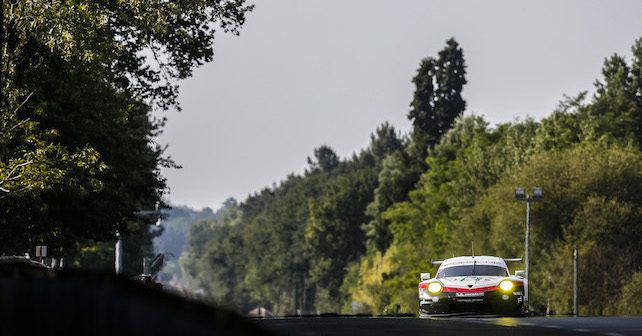 If at first you don't succeed, try try again. This saying is meant to lift the spirits of those who got close to tasting success but had to settle for gut-wrenching failure instead.

It would be advised to use this saying with caution to Japanese automotive giant Toyota that has had to see it's bid to score an overall win at the 24 Hours of Le Mans dashed five times before when the leading prototype sportscar in its contingent was forced to retire for some reason or another.

In 1994, a gear-linkage broke on its 94C-V. In 1998, someone apparently forgot to attach a plug in the GT-One's engine sump during one of the pit-stops.

In 1999 the GT-One looked set to win until the leading car suffered a tyre blowout within the last hour, which meant Toyota had to settle for second place.

In 2014, a melting sensor on the lead TS040 Hybrid meant a retirement at half-distance of the race that usually sees almost the entire maximum race distance of a Formula 1 season get covered in just 24 hours.

But 2016 was too cruel, even by motorsport standards that has seen last defeat snatched from the jaws of defeat. AutoX was at the fabled French Circuit de La Sarthe to witness an air-line failure on the #5 TS050 Hybrid bring the car grinding to a halt on the start-finish line with just two minutes left for the race to end.

Porsche's 919 Hybrid cruised past the stricken Toyota as it came to a halt and took victory while the #6 Toyota took second place. It was of little consolation though, especially as Porsche went on to successfully defend the drivers' and manufacturers' crowns it won in 2015. It was their second straight win at Le Mans and 18th overall.

With Audi now out of the FIA World Endurance Championship, this year's event will come down to Porsche and Toyota.

THE BIG TWO SLUG IT OUT
With the abrupt announcement of Audi's departure from the WEC last year, the two largest automotive companies in the world - Volkswagen Group and Toyota - have one representative each at the highest level of prototype sportscar racing in the world.

The two rounds prior to this have seen Toyota Gazoo Racing triumph in the 6 Hours of Silverstone and 6 Hours of Spa-Francorchamps. The #8 car of Anthony Davidson, Sebastien Buemi and Kazuki Nakajima have won both races by fairly slim margins, however.

At Silverstone, just 6.173 seconds separated the winning Toyota from the #2 919 Hybrid from the Porsche LMP Team, driven by Timo Bernhard, Earl Bamber and Brendon Hartley. The same #2 Porsche finished over 35 seconds behind the #8 Toyota at Spa but had the #7 Toyota of Mike Conway and Kamui Kobayashi in between, who were just 1.992 seconds away from winning.

It is worth noting, however, that Porsche ran with a low downforce setup at Silverstone and at Spa-Francorchamps, which has become common practice in the WEC as the FIA allows a manufacturer to run two distinct aerodynamic setups throughout a season. Teams have opted to run the same aerodynamic specification until the third round of the season at Le Mans, where the long straights and high-speed corners allow for some truly staggering average speeds.

This practice will be put to a stop in the impending 2020 LMP1 regulations but for now, it has led to the waters prior to Le Mans being fairly muddled regarding who is really running at the front.

TOYOTA SERVES NOTICE
Now there really is no telling who will win the 24 Hours of Le Mans based on qualifying alone, especially as the 85 previous editions of the blue riband sportscar race has seen the pole-sitters win just ten times. There has been a similar success rate for the car starting from second. So at least Toyota have collectively increased their chances!

The #7 Toyota driven by Kamui Kobayashi, smashed the pole position lap record in the second of three qualifying practice sessions as the TS050 Hybrid flew around the 13.629km, 38-turn Circuit de la Sarthe in an amazing 3min.14.791sec. It was two seconds faster than the qualifying lap record set by defending WEC LMP1 drivers champion Neel Jani in 2015 in a Porsche 919 Hybrid.

As the best times across the three qualifying practice sessions are picked, the #8 Toyota is second, 2.337 seconds behind. The #1 Porsche of Neel Jani, Andre Lotterer and Nick Tandy is a further 0.131 seconds behind.

Former F1 driver and former two-time Le Mans winner Alex Wurz pointed out that tailwinds down the long Mulsanne straight helped increase the top-speed of the cars, while a headwind at the Porsche curves helped the cars slow down enough for the twisty bits.

The weather could just change, as could the complexion of the race owing to reliability and Toyota will be very mindful of that.

IMBALANCE OF PERFORMANCE
In the GTE-Pro category, which now has world championship status owing to manufacturers streaming in to take part, there is a desperate effort by Le Mans' governing body, the ACO and the FIA, to create a 'balance of performance' in order to blunt the speed of the Ford GT.

The blue oval returned to Le Mans last year and utterly dominated despite holding back the speed of the car so as to not fall prey to the balance of performance rules that saw extra weight (officially called success ballast) added to the 911 RSR, among other manufacturers.

This has been done to help out Aston Martin and their Vantage GTE, which is based of an ageing road car model and not being able to keep up with machines from Ford, Ferrari and Porsche.

With the FIA and the ACO committed to not allow one manufacturer to dominate the championship, they employ methods such as success ballast that doesn't always go down well with those who feel they are being penalized for succeeding.

Porsche has been allowed to run 8kg lower now after their brand new 911 RSRs ended up 7th and 13th in qualifying.

But with accusations of 'sandbagging' being levelled at Ford, don't be surprised to see the GTs storm past the pole-sitting Aston Martin or even the Ferrari 488 GTE that is starting second.

Try to find a live-stream, radio commentary or buy the online streaming package from the WEC itself to check in on the biggest single-day motor race of the year. It should be a lot of fun.