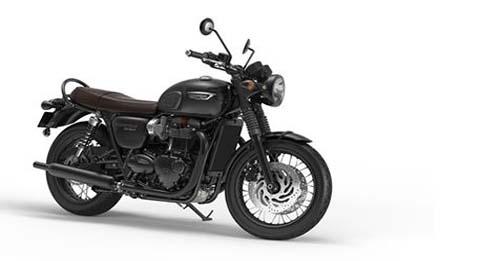 Triumph Bonneville T120 Black is not launched in India yet. Information on this page is tentative.

The Bonneville T120 Black, as the name suggests is the blacked-out version of the standard T120. That being said, the frame, engine covers, exhaust and the forks are finished in matte black further accentuating the sinister look.

The Bonneville T120 Black is powered by the same motor that propels in the standard T120 – a 1200cc parallel-twin mill that belts out 79bhp of power and 105Nm of torque. The engine is paired to a six-speed manual gearbox.

Triumph is gearing up to launch the T120 Black in India by the end of this year. We expect Triumph to price the T120 Black in the vicinity of Rs.7 lakh. If the bike retails at the said price, it will compete against the Harley-Davidson Iron 883.