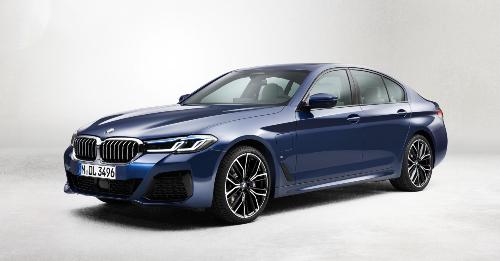 Updates to the exterior include a revised front end with a bolder kidney grille, redesigned headlamps, and a new bumper. On the side, it gets new alloy wheels and, at the rear, the 5 Series facelift gets new tail lamps and a new bumper. As for the equipment revisions, the 5 Series will finally get wireless Android Auto connectivity with the update.

Its powertrain options are expected to remain the same as the ongoing model in the Indian market. Therefore, it will be offered in the 520d, 530d, and 530i variants. The international model also comes in a new flagship M550i xDrive avatar, although it is still unclear whether BMW will debut it in the Indian market.

Expect the BMW 5 Series Facelift to be a bit pricier than the current model. It will continue to rival the Mercedes-Benz E-Class, Audi A6, and Jaguar XF.