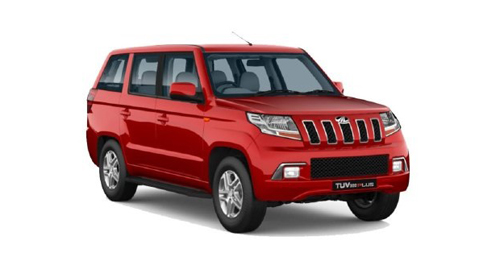 The Mahindra TUV300 Plus, as its name suggests, is an elongated version of the standard TUV300. Therefore, apart from a few visual changes, the Plus-sized TUV300 retains all the core qualities of its smaller sibling.

The biggest difference here is that the TUV300 Plus no longer fits inside the sub-4m mark, therefore, it doesn’t get the tax benefits of smaller cars. So, to justify this jump in Mahindra TUV300 Plus price, Mahindra has used the opportunity to equip it with a bigger engine compared to its smaller sibling. Let’s discuss it down below.

It’s hard to distinguish the Plus-sized TUV300 from its regular sibling on a first look. It still carries over the same reflector headlamps, with the only giveaway at the front being a tweaked fog lamp housing. The differences are more prominent in profile, where the additional length is visible from C-pillar onwards. It also gets 16-inch alloy wheels, a size bigger in comparison to its sibling it’s based upon. The Mahindra TUV300 Plus new model also gets a set of new taillamps, which are wrapped around the side to reduce visual bulk. Rest, however, remains the same as its standard sibling.

The Mahindra TUV300 Plus variants are as follows: P4, P6, and P8. As for the standard safety equipment, it gets dual airbags, ABS with EBD, reverse parking sensors, front seatbelt reminders, and a speed alert system.

The top-spec P8 variant gets a 7.0-inch touchscreen with Bluetooth, AUX-in, and iPod connectivity. Moreover, there’s steering-mounted controls, electrically-adjustable ORVMs, a remote key with central locking, and much more. For the Mahindra TUV300 Plus on-road price, however, it could have been better equipped as it misses out on a number of segment standard features.

First impressions of the interiors are similar to the TUV300. There’s a lot of space for passengers and their knick-knacks, but it just lacks the finesse and fit-and-finish of a similarly-prized SUV. The four-spoke steering wheel feels nice to hold, but it isn’t wrapped in leather and nor does it feature the cruise control.

The seats, on the other hand, are fitted with faux-leather. Therefore, they are a touch better than those of the TUV300. Space at the front is adequate while sitting three abreast in the second-row could be a squeeze. On the topic of seats, the third row still features jump seats, which, in our opinion, is only best for two passengers rather than the company-claimed four passengers.

It’s in the engine department where the TUV300 Plus finally justifies its ‘Plus’ insignia. It comes powered with the company’s 2.2-litre mHawk four-cylinder diesel engine, which makes 118bhp and 280Nm of torque. It also gets a gear advantage over the standard TUV300, as it comes mated to a 6-speed manual gearbox as a standard and sole fit. 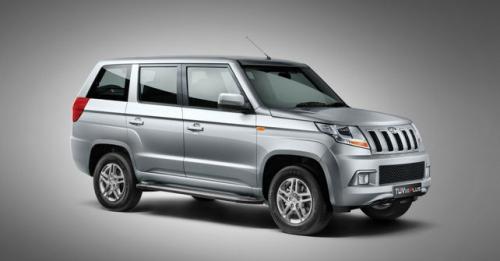 The long wheelbase TUV goes official with a 120bhp diesel engine and seating for 9 people. After being leaked on the web a numerous number of times, the Mahindra TUV300 Plus has finally been launched.... 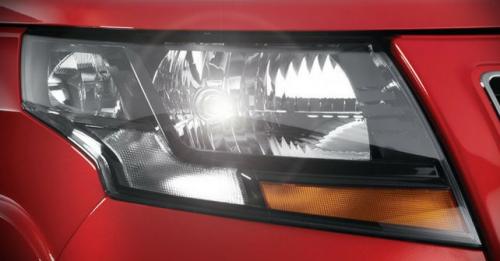 Official launch details of the TUV300 Plus still remain sketchy. The TUV300 Plus’ price has been listed on Mahindra’s official website. It is priced at 9.69 lakh (ex-showroom, Delhi), and is....

Mahindra TUV300 PLUS Price in Nearby Cities