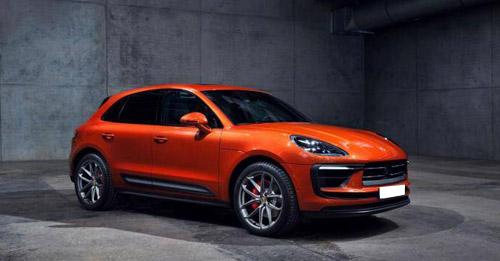 The mighty Porsche Macan will be driven around by a 2.0-litre four-cylinder engine churning 260 bhp of power and 400 Nm of torque. In comparison, the V6 engine on Macan S has 374 bhp of power on tap. It’s pretty great that Porsche has listed the Macan facelift for the Indian market as the SUV has been one of their successful products having sold more than 6 lakh units in the world so far. That being said, Porsche is yet to formally announce the Porsche Macan facelift price and launch timeline for India.

In terms of design, the Porsche Macan facelift will feature larger alloy wheels, a reworked front grille and new LED headlights. While Macan S gets 20-inch wheels, the GTD model will stand on 21-inch wheels. However, the standard Macan models will get 19-inch wheels.

The interior will be slightly tweaked with a new dashboard layout that sports touch-sensitive panels with haptic feedback instead of physical buttons. The cabin houses a 10.9-inch full HD touch display that gets the Porsche Communication Management that supports voice commands.

The Porsche Macan facelift price is expected to be between Rs. 70 lakhs to 1 crore, ex-showroom Delhi.