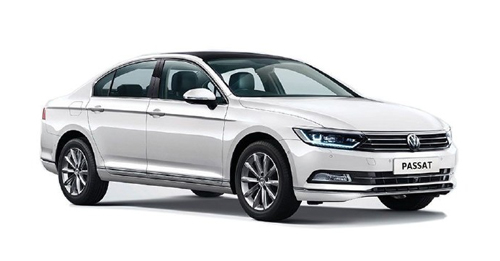 Executive sedans haven't really had the chance to find too many homes in India, given how buyers are being drawn in to purchasing SUVs instead. However, even after having phased out the previous model in India due to a lack of strong sales, Volkswagen, among a few other car-makers, still believes there's hope, for their eighth-generation Passat is on sale after having been showcased at the 2016 Auto Expo. The Passat is a proper German family sedan with a very comfortable rear seat and supple ride quality. Also, it is based on VW's modular MQB platform. To some, it may seem a little too conservative on the styling front, but factor in the lush cabin, solid build, features, safe and predictable handling and its frugality – and that's when the 2017 Volkswagen Passat makes a lot of sense.

It looks right for the price. Volkswagen Passat exudes a sense of finesse that’s quintessentially German, and it is evident the moment you set eyes on those understated lines. Up-front, it gets LED headlamps that are designed in-line with the three-slat chrome grille. The DRLs on the lower half of the headlamps look quite distinctive, while the sloping bonnet with creases on either side, adds some muscle to the front-end. Along the sides, there's a bold belt line that runs from the front wheel arch and goes all the way to the rear. The alloy wheel design is quite fitting for such an elegant design, while the rear boasts of sleek LED tail lamps and a well-proportioned bumper, with a chrome strip at the bottom. However, it's the sloping roofline that's most attractive.

The cabin gets an all-black theme, and what's lovely is the wood-finished panel on the doors and dashboard. The air-conditioning vent is one whole piece that runs across the dashboard, with an analogue clock in the middle. And the steering looks like the one on the Vento and Polo. Certain details, like the switch controls are seen on the Tiguan and Jetta. Everything – from the soft-touch plastics to the Nappa leather upholstery – is top-notch, and not only it justifies the Volkswagen Passat on-road price, it is on par with cars in higher segments. The front seats are very comfortable and supportive; so are the ones at the rear. There's a flip-down armrest for rear occupants, and headroom is surprisingly good. You'll also notice a lot of cubby holes and storage areas in the cabin. Boot space, at 586 litres, is great, and it can be opened by either waving your foot under the rear bumper or pressing a button on the remote key.

Powering the Volkswagen Passat new model is a 2.0-litre TDI diesel engine that produces 174bhp and 350Nm of torque, paired to a 6-speed DSG transmission. There's a good amount of power delivery initially, with power building up to around 5400rpm rather quickly. Using the paddle-shifters, the gearbox feels responsive. However, the engine is a little audible when pushed really hard. With the aid of the drive modes like Comfort, Auto and Sport, you can adjust the steering, engine, gearbox and damper settings as well. At high speeds, the Passat feels planted, and the ride quality is quite good. The steering feels weighty, but feels much nicer in Sport mode. And the Think Blue Trainer technology gives you advice on how to improve on your driving style in order to extract the best fuel efficiency from the car.

The Volkswagen Passat's ARAI-certified fuel efficiency figure is rated at 17.42kmpl for both the 2.0 TDI models. 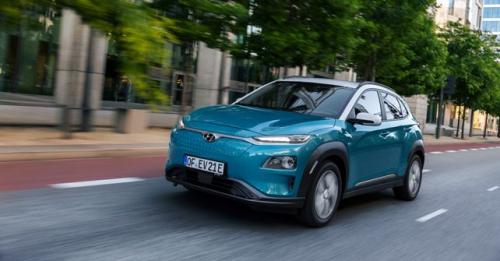 Priced at Rs 25.30 lakh (ex-showroom), Hyundai surely has positioned the Kona Electric aggressively. If you are still not convinced about switching to an electric offering just as yet, here are some.... 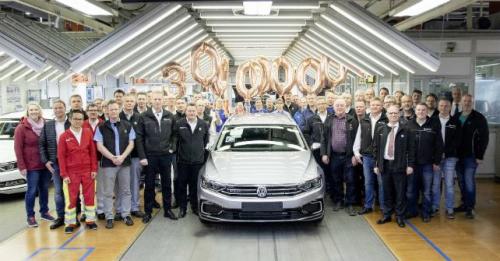 With the Passat achieving the 30 million production milestone, it has now become the second best-selling Volkswagen of all time, second only to the Golf. The Passat first came into production in 1973.... 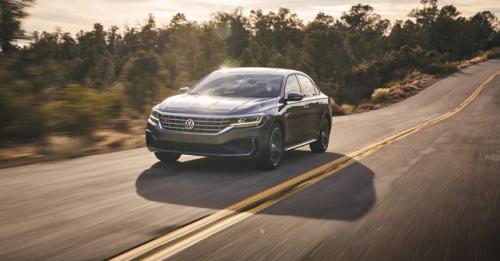 Volkswagen loyalists, especially the sedan lovers who have not transitioned to the Crossover trend yet, are in for a treat as Volkswagen has introduced the next-generation of its successful Passat.... 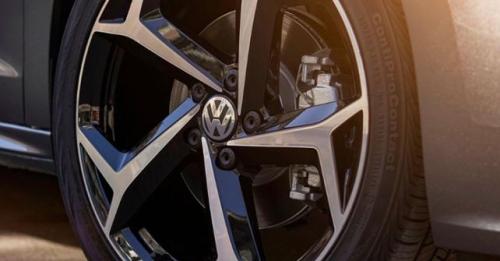 Volkswagen Passat Price in Nearby Cities