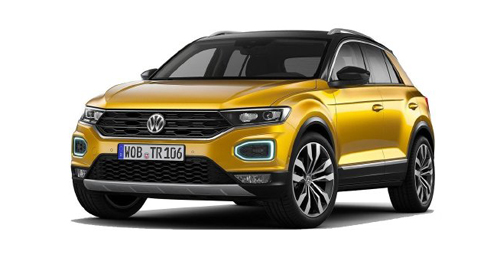 Last year, Volkswagen announced that they will add a range of new SUVs to their product portfolio in the years to come. While they have already showcased the new Touareg and refreshed Tiguan, the company will also focus on smaller SUVs. At the 2016 Geneva Motor Show, Volkswagen had showcased the T-Cross Breeze Concept, and if spy shots are anything to go by, the company seems to be readying it for launch.

The T-Cross will be an SUV based on the same MQB platform that underpins the Polo. And in terms of design, the T-Cross will borrow its cues from its larger sibling, the T-Roc. Spy shots of the T-Cross have been making rounds on the Internet, and it seems that the production-spec model will look more or less identical to the concept showcased in 2016. Like the newer Volkswagen models on sale, this one too will be fitted with a wide three-slat grille up front. There will be that signature Volkswagen design subtlety that we have grown quite accustomed to. Expect the interior to be familiar office – pretty much similar to the new-generation Polo in almost every aspect.

Internationally, the T-Cross will be offered with a range of petrol and diesel engine options, ranging from a 1.0-litre motor to a 1.6-litre mill. Volkswagen also has a T-Cross hybrid in the pipeline.

When the T-Cross makes it to Indian shores, it will have to hold its own against the Hyundai Creta, Renault Duster and the likes. Keeping in mind the popularity of the segment, the T-Cross will surely be a key product for Volkswagen.

Volkswagen has confirmed that they will unveil four SUVs at the upcoming Auto Expo 2020 -- based on the T-Cross, the A0 SUV, the Tiguan Allspace, T-Roc and the ID. Crozz electric.... 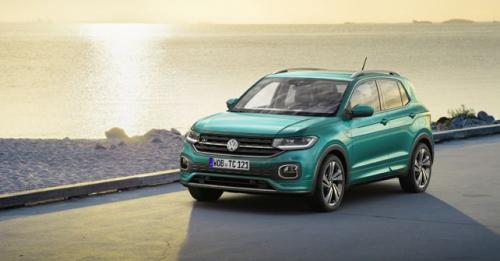 The T-Cross, Volkswagen's first ever compact crossover, has made its global debut; To sit below the T-Roc and Tiguan in VW's SUV lineup. The newly unveiled Volkswagen T-Cross has been a much-awaited.... 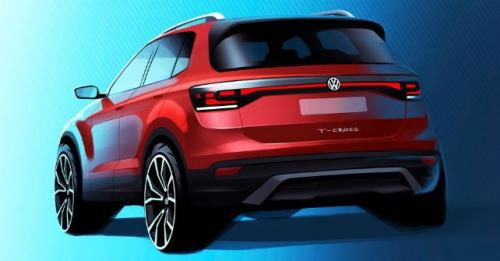 The German carmaker releases some sketches of the T-Cross giving us a glimpse of what to expect. It has been more than two years since Volkswagen took the wraps off the T-Cross Breeze concept at the....