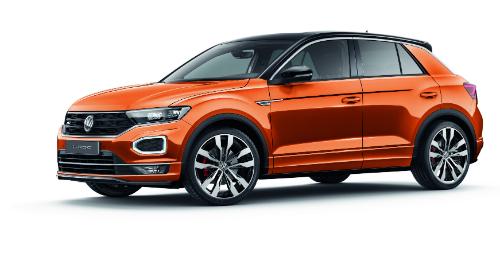 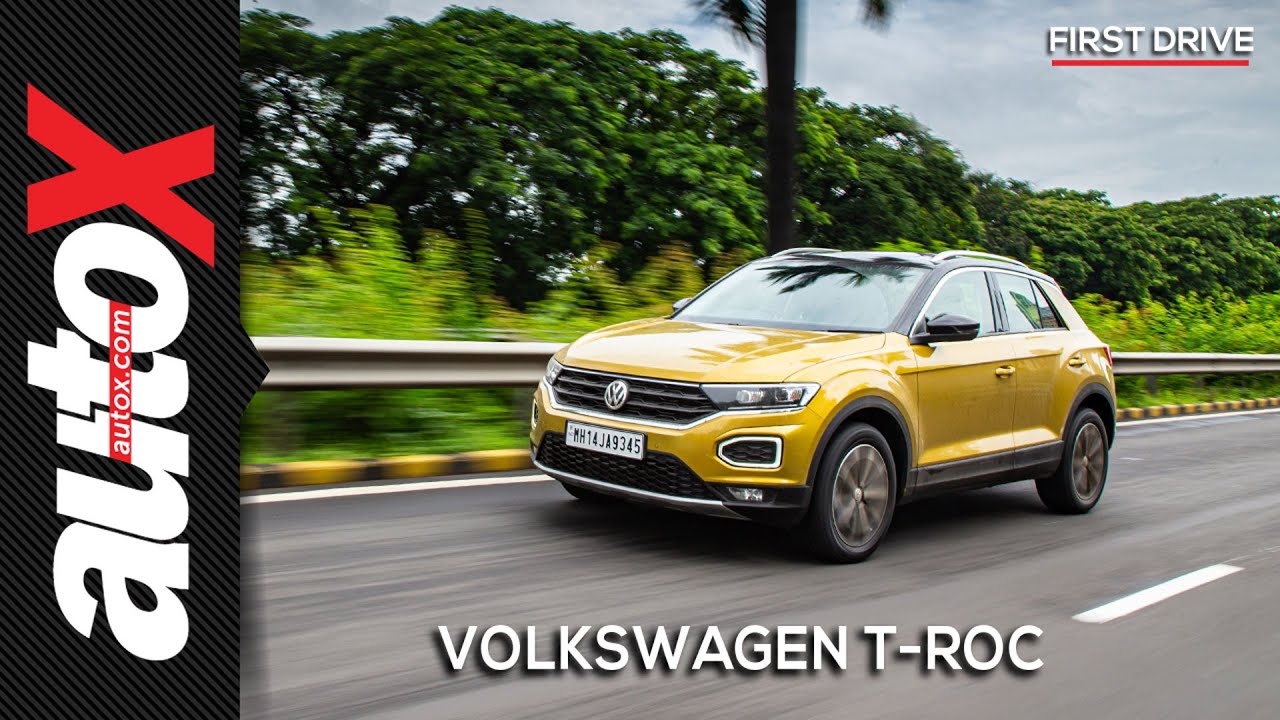 The T-Roc existence dates as far back as 2017 when Volkswagen’s mid-size SUV made its debut in an event in Italy. Following the affection for SUVs, the T-Roc is the brand’s third SUV for the market, which sits right below the Tiguan. It is based on the company’s MQB platform and it’s imported as a CBU unit – just like its elder sibling, Tiguan Allspace – under the 2,500 cars import rule. Therefore, the Volkswagen T-Roc price might seem a bit overwhelming, considering it’s a fully-imported unit.

But what makes the mid-size SUV from Volkswagen a bit special is that it features a rather striking design and a lengthy equipment list. Let’s have a look.

While it may only look like a smaller Tiguan from a distance, the Volkswagen T-Roc new model has a few design elements that distinguish it from its elder siblings. Starting with the front-end, the sizeable ‘VW’ badging sits nicely in the middle of the black-finished grille, which, then flanks a pair of chunky projector headlamps. The LED DRLs are fitted lower down the bumper, while the fog lamps are located at the bottom. There’s a faux skid plate too, which adds a sense of ruggedness to the front-end.

In profile, the flared wheel arches and black plastic cladding does its bit to add to the overall SUV look. The 17-inch alloy wheels – finished in dual-tone – fill the arches very well. An interesting element here is the sloping roofline, which makes it look much sporty. The rear, too, gets a faux skid plate apart from the Tiguan-like LED taillamps.

The Volkswagen T-Roc variants are as follows: 1.5 TSI. And yes, it comes with dual-tone shades as standard (have a look above this section). So, the single-trim of the Volkswagen T-Roc is replete with a lengthy equipment list including a panoramic sunroof, an 8.0-inch touchscreen infotainment system with Apple Carplay/Android Auto, 17-inch dual-tone alloy wheels, dual-zone climate control, multifunction steering wheel with controls for both audio and cruise control, a fully-digital instrument cluster, ‘Vienna’ leather seats, push-button start with keyless entry, and LED headlamps and taillamps.

Volkswagen has you covered on the safety front too, as the T-Roc features 6 airbags, ABS with EBD, ESC, and a tyre-pressure monitoring system, to name a few.

Step inside and the first thing that catches your fancy is the quality of materials and the solid thud that comes from shutting the door. Volkswagen’s interiors are always known for their impressive quality and the extensive use of soft-touch materials. The T-Roc’s interiors are no different.

The driver sits facing a fully-digital instrument cluster, which is so informative and offers a truckload of customizations, it alone justifies the hefty Volkswagen T-Roc on-road price. Nonetheless, the 8.0-inch touchscreen infotainment system in the centre is quite informative too, and, on top of that, it gets all the necessary connectivity features. Below is the dual-zone climate control unit. The steering wheel is the same as the one found in Polo, which, doesn’t feel as special in such an expensive car. The driver’s seat is manually operated, which is a bummer for a car in this segment. The seats, in itself, are draped in ‘Vienna’ leather, which feels plush and comfortable.

Volkswagen’s dramatic shift from diesel-only to petrol-only power in its SUVs seems a bit out of place. Nevertheless, the T-Roc features a 1.5-litre four-cylinder turbocharged TSI gasoline engine, which is capable of churning out 148bhp and 250Nm of torque. It comes mated to a 7-speed DSG gearbox as a standard fit. The engine features ACT (active cylinder technology), which deactivates – and activates – two cylinders if need be, to boost the overall efficiency. It is, of course, compliant with the stringent BS-VI emission standards.

Volkswagen has today launched the all-new T-Roc mid-size SUV in India, at an introductory price of ₹19.99 lakh (ex-showroom, pan-India). The T-Roc sits just below the Tiguan Allspace in the....

The T-Roc will be VW's second product launch for 2020, preceded by the launch of the Tiguan Allspace (7-seater version of the Tiguan) in March. In VW's SUV hierarchy, the T-Roc sits just below the....

Volkswagen has confirmed that they will unveil four SUVs at the upcoming Auto Expo 2020 -- based on the T-Cross, the A0 SUV, the Tiguan Allspace, T-Roc and the ID. Crozz electric....

Volkswagen T-Roc Price in Nearby Cities