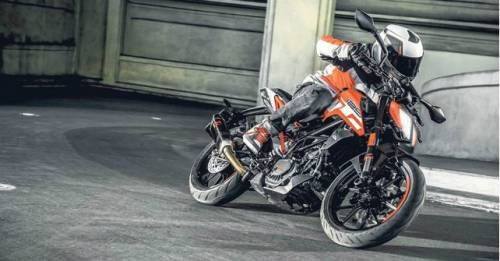 As per the norms of the member states of the European Economic Area (EEA), anyone above the age of 16-18 years – depending on the country, is eligible for an A1 license that permits to ride a motorcycle not exceeding 125cc and power not higher than 14.75bhp. For us in India though, this sort of power, is 150cc category.

In the international market, a lot of these performance-focused 125cc offerings are sold and sadly, none of them are on sale in India. While some enthusiasts would gladly trade their 150cc daily commuters in place of a high performance 125 – especially knowing the features and safety tech that they offer, in the larger scheme of things it is undoubtedly a very niche market. Buyers in the 125cc class in India, still make their purchase on three primary aspects – fuel economy, comfort and affordability in maintenance. And these are promises that none of the high performance 125cc motorcycles will be able to keep.

Soon after the launch of the KTM 200 Duke in India in 2012, CEO Stefan Pierer said that the Indian market is still not ready for a premium product in the 125cc space. And keeping in mind that it isn’t going to be a volume game for manufacturers, the mathematics just don’t add up. Of course, they could easily transfer the costs to the customers but that would only mean that these 125cc offerings would cost more than your average 150-160cc motorcycle. And to put it bluntly, it isn’t a trade majority of the 125cc or even 150cc buyers will be willing to make.

That bring said, as enthusiasts, we would have loved to ride these performance-focused 125cc motorcycles to work every day: 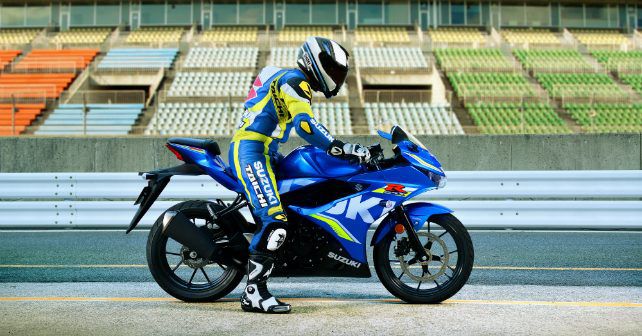 Since the time of its launch the Suzuki Gixxer range has tasted great success in the Indian market. The Japanese bike maker wants to replicate the success in the European and some Asian markets with the launch of the recently unveiled GSX-R 125. It borrows its design cues from the larger GSX-R 1000 that was also unveiled at INTERMOT 2016. With LED headlights/taillamps, all-digital instrument cluster, keyless entry, and more. While Suzuki hasn’t shared the output figures of the GSX-R 125 yet, but it does come mated to a 6-speed transmission. Additionally, the Suzuki GSX-R 125 also comes fitted with disc brakes up front and at the back and they come paired with ABS too.

Aside from the features, what makes the GSX-R 125 a sporty offering is the way it has been constructed. Suzuki believes the GSX-R 125 to be a revolution with it being the lightest motorcycle in its class. A light compact modern backbone chassis, 10 spoke cast aluminium wheels and low seat height - each aspect playing its part in giving the rider an exciting riding experience on board the GSX-R 125. 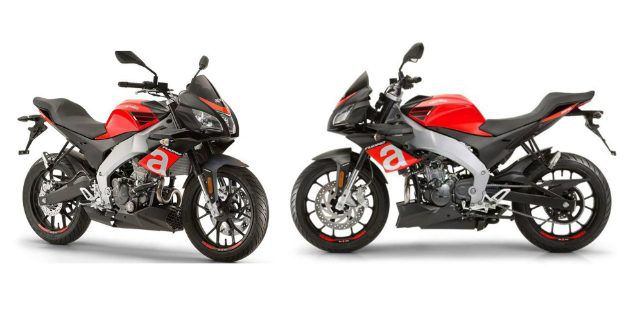 At 2016 INTERMOT, Aprilia too took the wraps off two new offerings – RS125 and the Tuono 125. The former is the same as the RS4 125 – a motorcycle that replaced the RS4 125, which in turn the same bike that replaced the RS125 two-stroke. The RS125 moniker has been brought back to celebrate 25 years of RS. Highlight features of the new RS125 are underseat storage and USB charging point.

But it was the Tuono 125 was the show stopper for Aprilia. The Italian bike maker previously sold the Tuono 125 in a two-stroke 125cc avatar up until 2005. Based on the newly unveiled RS125, the Tuono makes use of the same 124cc single-cylinder liquid-cooled motor that is good for 14.7bhp and 11Nm. Needless to say, this one too has been developed keeping in mind the A1 licensing norm for all 125cc offerings. Interestingly, the Tuono 125 can be fitted with a quickshift system – the same one that has been plonked on the larger Tuono. In terms of design, the Tuono 125 is identical to its higher displacement sibling. Like all the other models above, this one too comes with front and rear disc brakes paired with a Bosch ABS system and light weight alloy wheels. The front of the Tuono 125 sits on upside down forks while at the back it is fitted with a monoshock setup. 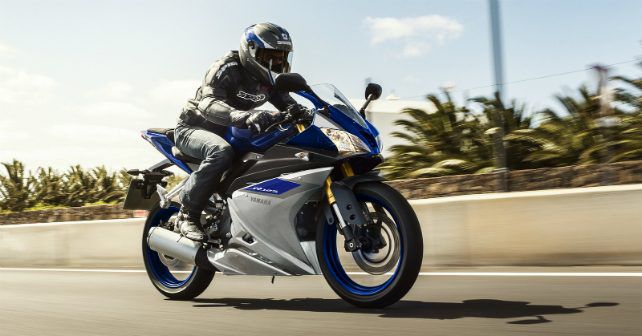 Just like the YZF-R15 sold here in India, the YZF-R 125 too comes with a Deltabox frame – something that stays true to Yamaha’s racing DNA. Mounted on the chassis is a 124.7cc single-cylinder liquid cooled engine that churns out 14.7bhp and 12.4Nm. The engine comes mated to a 6-speed manual transmission. Upside down forks up front and a link type suspension at the back, disc brake setup on both wheels, are some of the other highlight features. In terms of design, the YZF-R125 looks absolutely stunning especially in this blue and silver colour combination. The sharp headlights, the well sculpted tank, the stubby exhaust and the split seats, all give it an extremely sporty stance. 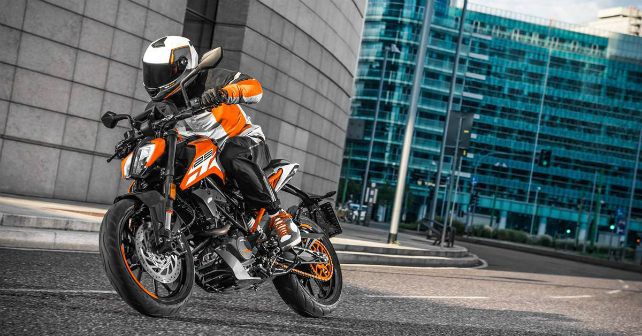 When the 200 Duke was launched in India in 2012, the KTM also commenced production of the 125 Duke at Bajaj’s factory in Chakan. The Austrian bike manufacturer made India as it base for production thanks to its joint venture with Bajaj and also keeping in mind the cheap labour. Since then, KTM has been producing and exporting the 125 Duke to Europe and Japan. The 125 Duke houses a single-cylinder unit that pumps out peak power of 14.75bhp and comes mated to a 6-speed transmission. The European spec model comes fitted with all the bells and whistles including front and rear disc brakes, Bosch 9MB dual-channel ABS and WP upside down shocks up front and a monoshock at the back.