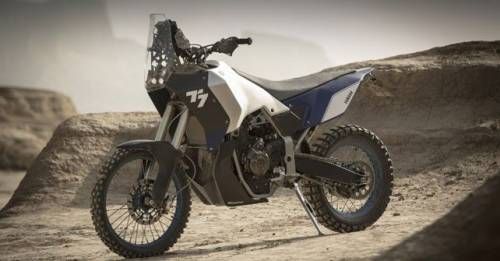 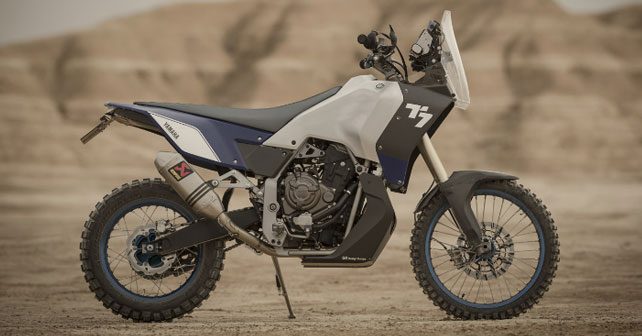 The new Yamaha T7 Tenere concept has a flush design which incorporates a sleek fuel tank flanked by a bolted on fairing, a single piece seat, a neat engine guard and an Akrapovic exhaust system. What gives the motorcycle a rather aggressive design though is the exposed instrument cluster with four LEDs placed below with the task of replacing a large and heavy head lamp unit. The adventure motorcycle comes fitted with a 21inch front wheel and an 18 inch rear wheel that are shod with block-tread tyres, all of which give away its rally credentials.

Yamaha states the new T7 Tenere concept has been developed in France by the company’s official rally riders and engineers while its R&D team from Italy and the GK design team in Netherlands have also been part of the final product.