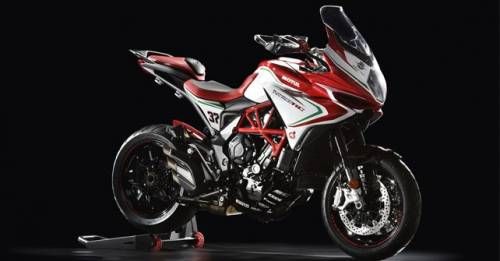 Italian exotic bike maker MV Agusta has unveiled a new limited-edition motorcycle, called the Turismo Veloce RC. For the uninitiated, the new motorcycle is a sport-tourer and comes with a number of improvements over the standard model.

The Turismo Veloce RC comes finished in a racing livery and its production is limited to just 250 units. Like the standard model, the limited-edition is also propelled by a 798cc, three-cylinder engine developing around 110bhp and 80Nm of peak-torque. However, as per the firm, the engine has been tweaked to further reduce the vibrations and noise. Other than that, the valve guides have been redesigned to improve reliability while a harmonic damper and chain tensioner reduce the mechanical noise. The six-speed gearbox is also new with revised gear-ratios.

As per the company, the Turismo Veloce RC gets functional as well cosmetic upgrades. The latter includes a blacked-out engine, LED lighting, a graphic DRL and the stunning MV racing livery. Additionally, the motorcycle also gets forged wheels and a carbon fiber front fender. As for the functional updates, the engine mounts have increased longitudinal chassis stiffness while the passenger seat has been redesigned for improved ergonomics. There’s also a new sprocket for smooth riding.

Racing pedigree aside, the MV Agusta Turismo Veloce RC is essentially a sport-tourer. And so, it comes with a Garmin navigation system, twin 30-litre capacity side panniers, center stand, adjustable windshield, heated grips and cruise control as standard. 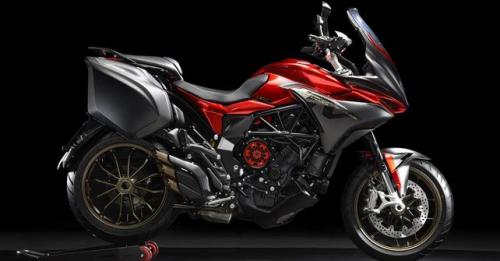 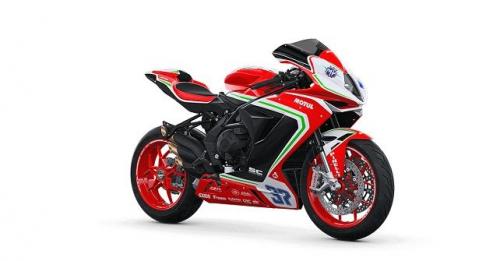