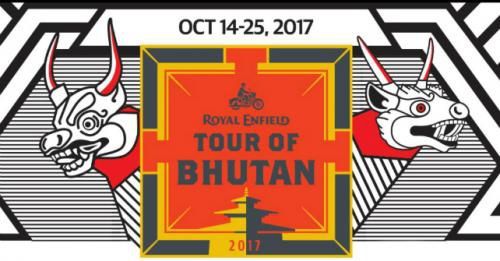 The 12-day tour covers more than 1,600km starting from Siliguri to Thimphu and Punakha

Royal Enfield has a huge cult following. Now whether it is due to their rides program or the other way around is a discussion for another time. One thing that is certain though is the company's commitment to their rides program. The Chennai-based bike maker has now announced the dates of the 2017 Tour of Bhutan. This sixth edition of the Tour of Bhutan will commence on 14th October with the scrutiny and first aid training. The journey will commence on 15th October from Siliguri and culminate on 25th October at Guwahati.

In this 2017 edition of the Tour of Bhutan, 15 riders will get to ride across the happiest country in Asia. Participants will ride in the Eastern Himalayan region with an elevation of up to 4,500m above mean sea level. Of course, considering the Himalayas are a huge part of Bhutan, there will a lot of hilly mountain roads, water crossing and some very scenic landscapes to enjoy. Starting from Siliguri, the Tour of Bhutan will cover cities like Thimphu, Punakha, Bumthang Tashi Gang and more.

Bhutan is fast becoming one of the most popular destinations for Indian motorcycling enthusiasts to ride to. And one of the primary reasons for the same is the fact that the country has an average of 10 curves per kilometre. For all those who love the twisties as much as submerging in the scenic beauty of the Himalayas, the Royal Enfield Tour of Bhutan is just the ride to participate in. You can register yourself on Royal Enfield’s official website. Before you head out for the big day, make sure you have all your safe riding gear in place – Royal Enfield does not encourage riders who have no respect for safety.