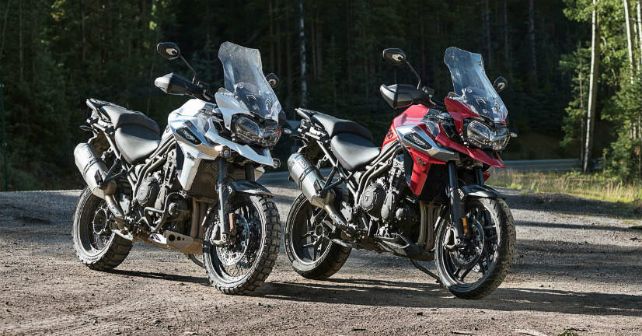 Enthusiasts can now book the 2018 Triumph Tiger 1200 for a minimum amount of ₹2 lakh.

Subsequent to the official unveil of the Tiger 1200 at EICMA last year, Triumph has now officially announced its launch in India on 11th May. This new-generation offering ditches the ‘Explorer’ moniker and has been rechristened as the Tiger 1200. Bookings for the new Tiger 1200 have already commenced. Enthusiasts can book one by paying a minimum amount of ₹2 lakh.

Triumph claims that the new Tiger 1200 has more than 100 changes over its predecessor. One of these changes is the use of a more contemporary design. Although the Tiger 1200 looks pretty much as large and intimidating as its predecessor, this new one is 11 kilograms lighter than the Explorer. Other changes to the Tiger 1200 include LED headlight, a TFT screen (identical to the one on the Street Triple RS and the Tiger 800) and illuminated switchgear. Other features include adaptive cornering lights, Triumph shift assist, semi-active suspension and more.

At the heart, the Tiger 1200 will continue with the same 1,215cc three-cylinder motor that sends 139bhp to the rear wheel via a shaft drive. Max torque of 122Nm is produced at 7,600rpm. The engine comes paired with a 6-speed transmission. In the global market, the Tiger 1200 is available in 5 variants, but here in India, we expect Triumph to only launch it in a single trim.

Following the launch of the Tiger 800 and the Bonneville Speedmaster, this will be the third Triumph motorcycle to be launched in 2018. Expect the Tiger 1200 to be priced around ₹18 – 20 lakh. Just like its predecessor, the Tiger 1200 will compete against the likes of the BMW R 1200 GS and the Ducati Multistrada 1200. Ducati is also expected to bring in the new Multistrada 1260 later this year. 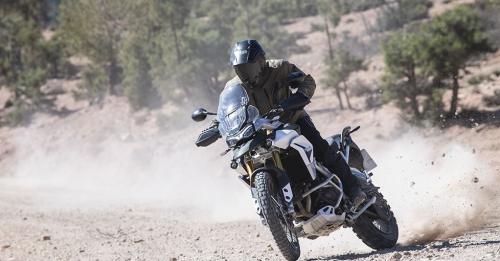