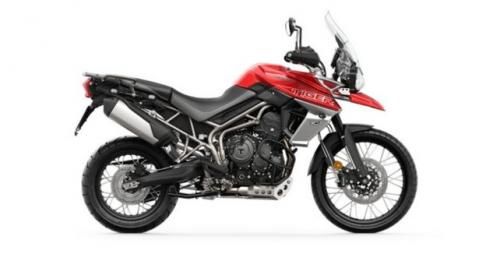 The 2018 Tiger 800 is expected to be priced slightly above the outgoing model thanks to the new updates, and more importantly, due to the recent hike in CKD taxes.

First revealed at EICMA 2017, the new 800 features more than 200 updates to its engine and chassis as compared to the outgoing model. The new model gets an updated version of the 3-cylinder engine that makes it more suited for off-roading. Triumph has shortened the first gear for better acceleration, low-speed manoeuvrability and improved traction.

The new Tiger 800 also gets a longer list of features including cornering ABS, six rider modes, traction control, backlit switches, a colour screen TFT instrumentation. Plus, it has also been fitted with a new exhaust that is not only lighter but claims to have a sportier note.

Being a new model, it obvious features a host of aesthetic updates to make it look bolder and more chiseled than before. Up front, the dual headlamps are now more pronounced and feature a new LED signature. The position of the adjustable windscreen has been changed for better wind buffeting. In fact, most of the bodywork is all-new, but the chassis and swingarm are carried forward from the old model.

The outgoing Triumph Tiger 800 range was offered in XR, XRx, XCx and XCa variants, where the XR models are road-biased and XC models are more hardcore off-roaders. With the new Tiger, we expect Triumph to again introduce both XR and XC models so that the bike continues to appeal to a wide audience base.