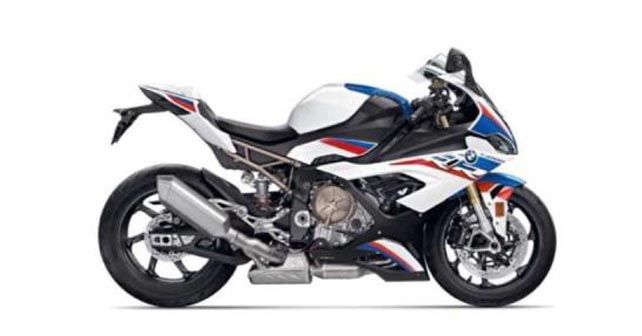 The new BMW S 1000 RR is going to get a more powerful motor, lightweight chassis and a lot of electronic goodies.

BMW’s litre-class kingpin, the S 1000 RR, is all set to receive major updates for its model year 2019. Now, while official unveiling will only happen at the upcoming EICMA 2018 in Milan, most of the details have already been leaked online. And by the looks of things, it sounds very promising.

There’s nothing in terms of design that’s been revealed as of now, but you can catch a glimpse of the updated bike’s side profile. It's sharp as ever, and there's nothing outlandish about it. That said, the S 1000 RR will no longer have the controversial asymmetric headlamps in its new avatar.

Coming to the main bit, the engine of the new motorcycle will be a 999cc, in-line four-cylinder motor with titanium valves and BMW ShiftCam variable valve timing mechanism. Power output is going to be 204bhp, which is 8bhp more than the existing model. The torque is unchanged at 113Nm. However, the weight is down to 197kg as compared to the current bike’s 208kg. What’s more, there’s going to be an 'M Package' trim that will cut its weight further down to 193.5kg, thanks to the use of lightweight components.

There’ll be a raft of electronics on offer, including cornering ABS, four riding modes and a quick-shifter among other updates. The motorcycle will also come with full LED headlamps and a TFT instrument cluster. Optional extras will be plenty – there will be lightweight BMW M-branded carbon fibre components, footrests, levers, seat, data logger and lap timer, calibration kit and more.

At the moment, there isn't much to share other than the aforementioned information. But if all this turns out to be true, its rivals will definitely have a lot to worry about once the new S 1000 RR hits the showroom floors.