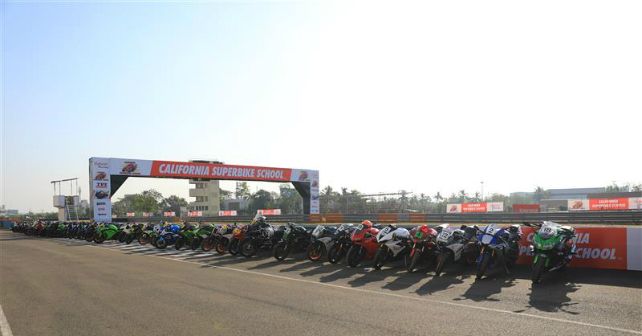 2019 CSS will be conducted in two batches, starting 18th January and 25th January

Easily the most revered riding school – not just in the country, but the world over – the California Superbike School (CSS) has announced its dates for 2019. CSS will be organised in two batches of three days each from 18th January and 25th January. Like every year, 2019 CSS will be organised at the MMRT circuit in Irungattukotai, Chennai. The three-day rider training school is split into four levels. Riders participating in the first three levels will be charged a fee of Rs 70,000, while those participating in Level 4 will be charged Rs 1.25 lakh. Only riders who have completed Level 3 can participate in Level 4. The aforementioned fees include insurance, food, fuel and taxes. All expenses pertaining to travel to Chennai, accommodation and logistics will be borne by the participant.

At first, the fees demanded by CSS might seem a bit on the steeper side. But the training is conducted from school centres across the globe. CSS was started by Keith Code, who has gained the reputation of being the most successful track motorcycle instructor in the world. For those less aware, CSS has even developed racing champions in the past – Wayne Rainey, Ben Spies, Thomas Luthi and Sandro Cortese are just some of the many names. CSS isn’t just about getting ready to ride on the track. In fact, it also helps in becoming a better rider on the street.