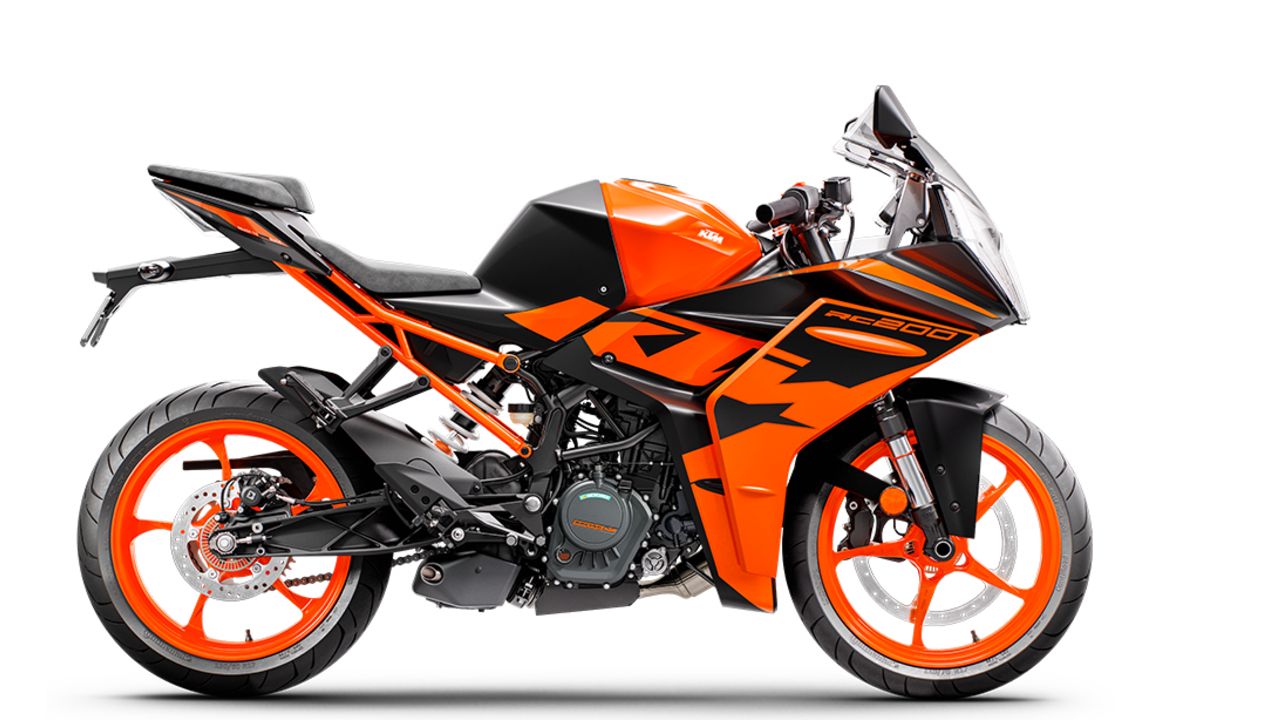 This is the first exhaustive update that the KTM RC200 has received since its debut in 2013. This 2022 iteration uses the same engine has before, but has been heavily reworked to deliver better performance

Earlier this week, KTM took the wraps off the new-gen RC390 and RC125. Now, the Austrian firm has also revealed the new RC200 as well. This is the first major update KTM has given the RC200 since its launch in 2013.

As with the first-gen model, this 2022 RC200 sports the same design as the rest of the RC range. While the RC390 gets a side-slung exhaust, the RC200 – just like the smaller RC125 – sports an underbelly exhaust. In terms of paint scheme and graphics, the RC200 get a dual-tone treatment just like the larger RC390. The 2022 RC200 does get revised ergonomics thanks to a 15mm higher handlebar.

Powering the RC200 is the same engine as before, a 200cc single-cylinder liquid cooled motor. The 2022 RC200 develops 25.4bhp and 19.5Nm, and comes paired with a 6-speed transmission. KTM has quite a few changes to motor, right from a larger airbox to a revised mapping. Just like the rest of the 2022 RC range, the RC200 is also based on a new chassis. The frame is now 1.5kg lighter and the bolt-on sub-frame has been revised as well. Speaking of weight, KTM has also fitted the RC200 with light weight alloys that save almost 1kg. Thanks to all the weight saving measures, the RC200 has shed an impressive 9kg and now tips the scale at just 151kg – and that is despite the larger 13.7 litre fuel tank.

The front wheel sits on WP Apex big piston forks while at the back, the RC200 comes fitted with a monoshock. Both suspensions have been retuned to offer a more engaging and planted ride. Stopping power comes from a larger 320mm disc at the front, while t rear disc continues to be a 230mm unit.

Features list includes an all-new LCD display, Supermoto ABS, LED taillights and turn indicators. The headlight, however, continues to be a halogen unit.

Bajaj is expected to bring in the 2022 RC range to India soon. Expect them to be priced marginally higher than the iterations on sale currently.