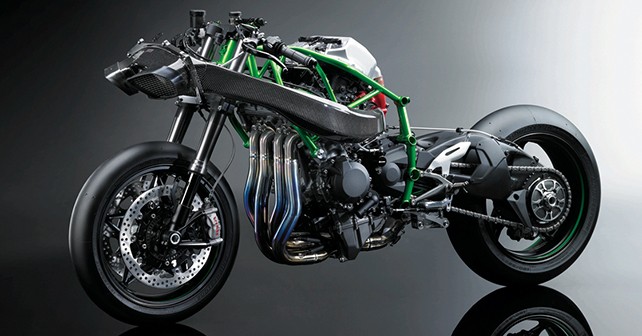 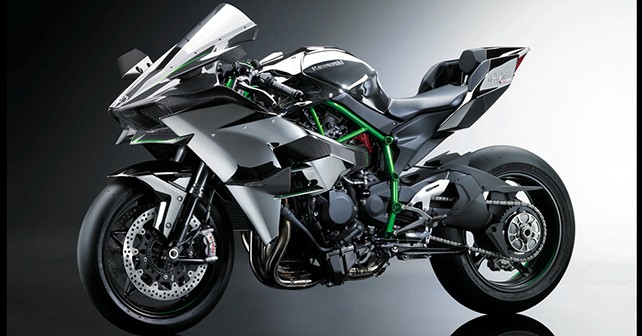 The legendary Japanese bike makers, Kawasaki, have shown us the first pictures of their 998cc supercharged bike that will have more than 300bhp available to the rear wheel, and this bike is being called the Ninja H2R.

The Kawasaki Ninja H2R motorcycle is an engineering marvel, made possible only through the sourcing of technological expertise from multiple divisions of Kawasaki Heavy Industries. The Gas Turbine division was crucial in the development of a hyper-efficient supercharger, custom components were created to near-impossible tolerances by the Machinery division, and the Aerospace division crafted the distinctive carbon-fiber bodywork of this aerodynamic masterpiece. The result is a system of carefully crafted premium components that work in concert to create an unbelievably powerful machine—one that’s more than worthy of the legendary H2 name.

However the H2R is a track only tool and will cost you a fortune, but there is word that Kawasaki will come out with an H2 that will be road legal. More details will follow soon.