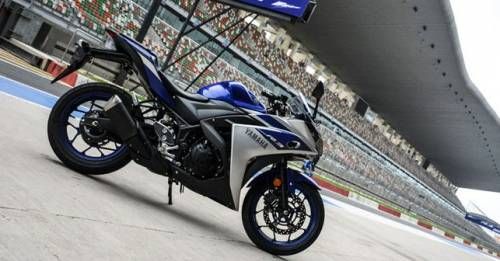 A potential defect with the clutch pressure plate and oil pump assembly drives India to recall 902 units of the Yamaha YZF-R3.

Yamaha in India has recalled 902 units of the YZF-R3 in India owing to a potential defect with the clutch pressure plate and oil pump assembly. The company claims that there have been no reports so far in regard to safety of the rider or the motorcycle arising from the issue. Nevertheless, fulfilling its responsibilities as an OEM, the Japanese two-wheeler maker has decided to recall the motorcycles fitted with the above mentioned potentially defective parts and replace them free of cost with up rated parts that will do away with the issue.

Yamaha India officially released a statement in regard to the matter which reads as follows, “The YZF-R3 is an iconic bike and has been very successful in India. However, the parent company Yamaha Motor Co., Ltd., Japan, has determined that a defect, which relates to Clutch Pressure Plate assy & Oil Pump assy malfunction, exists in few YZF-R3 motorcycles falling within certain production numbers. Although no safety issues have been reported from anywhere in India, Yamaha as a responsible corporate has decided to recall all the vehicles falling under the identified production numbers.  A total of 902 bikes will be recalled in India under Yamaha’s factory modification campaign, where the affected motorcycles’ defected parts will be replaced with a modified one on ‘Free of cost’ basis at Yamaha authorized dealers.”

“This recall is a reiteration of Yamaha’s commitment to safety of its customers and this action is not a result of complaints from customers but more of a preventive measure to ensure the safety of the customers.”

Meanwhile we at autoX have a Yamaha YZF-R3 has a long term motorcycle. And its splendid twin cylinder 321cc engine developing 41bhp of max power and 29.6Nm of peak torque ensures every ride is a properly enjoyable one.