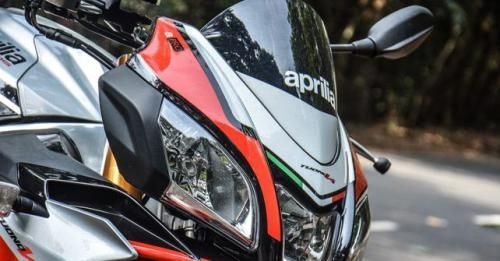 After the market launch of the Aprilia RS 150 and Tuono 150 in 2019-20, Aprilia is reportedly planning to bring a bigger sub-400cc motorcycle to the Indian market.

After surprising us with the showcase of the Aprilia RS 150 and Tuono 150 at the 2018 Auto Expo, it seems Piaggio has more in store for the Indian market. Reportedly, the Italian manufacturer is planning to tap on to the thriving sub-300cc motorcycle segment in developing countries. Not only that, the firm will also be expanding its operations across India so as to have more customer touch points in different cities and towns.

Last year, after the launch of the Aprilia SR 150, Piaggio was bullish that it’ll be mainly concentrating on scooter sales in India rather than focusing on motorcycles. However, while the Aprilia SR 150 is doing fairly well in the market, the potential of the 150-400cc premium motorcycle segment can no longer be neglected. And it’s perhaps for the same reason that Piaggio is now changing its strategy for the Indian market. The first mass-market Aprilia motorcycles are likely to roll out in 2019-20 in the shape of RS 150 and Tuono 150, but, subsequently, the firm is expected to launch higher-capacity versions of the same bikes.

With a sub-400cc motorcycle, Aprilia will be aiming to compete with the likes of KTM Duke 390/ RC 390, TVS Apache RR 310 and BMW’s upcoming G 310 R. And if Aprilia manages to put some of the magic of the litre-class RSV4 or Tuono V4 into their scaled-down versions, we’re certain that they’ll be received well by motorcycle enthusiasts of the country. The only real trouble is the wait that’s involved here. Even if all these rumours turn out to be true, a 300-400cc Aprilia is still, at the very least, 3 years away from its market launch.