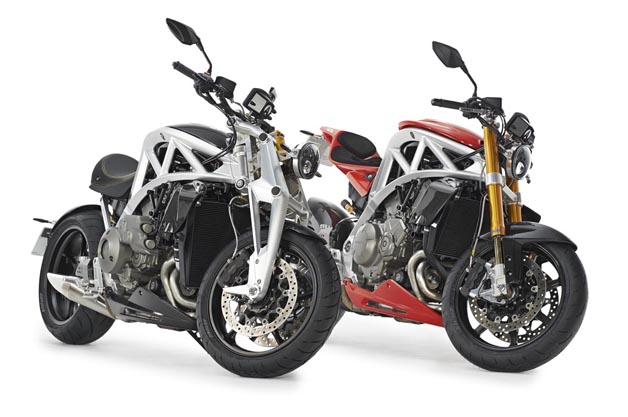 The Ariel Motor Company - the same company that manufacturers the Ariel Atom sports car - has just announced plans to manufacture motorcycles. The first motorcycle to be produced by Ariel will be called the Ace - a highly customisable bike with an aluminum frame fitted with a Honda engine.

The Ariel Ace builds on the long standing relationship between Ariel and Honda, that began with the Ariel Atom. The new motorcycle features a Honda 1237cc V4 engine and drive system with an overall power output similar to the Honda VFR at just over 170bhp. This allows the Ace to reach a top speed of265km/h and race from 0-100km/h in 3.4 seconds.

The Ace features a machined aluminium frame, ans customers will have many options to customize their bike such as the suspension and different fork designs including Ariel’s own girder front end. The Honda VFR1200 V4 engine will be available in manual or DCT form, and other customisable options include the shaft drive, three different seats with pillion options, three different fuel tank capacities, bodywork options, handlebar and clip on variants, different footrest and control positions, wheels, tyres plus different finishes, materials and colours. Adjustable footrests, brake and gear lever plus different seat heights and handlebar configurations allow the Ace to be personally fitted for each rider, whatever their size, to give the perfect riding position.