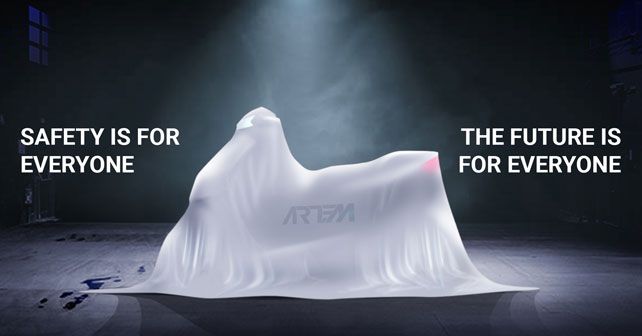 You’ve been told time and again that electric mobility is the future, and sooner or later we all will have to drive electric vehicles (EVs). At the moment, however, you could say that there aren’t many EVs in our country to encourage us to make the so-called leap into the future. That being said, a couple of home-grown start-ups are working towards the cause and have shown some rather interesting concepts. And the latest to join the fray is Artem Energy Future, a brand-new start-up that has just announced the arrival of its new scooter, Artem M9.

First up, the firm says that the M9 is the world’s safest electric scooter since it comes equipped with ADAS (advanced driver-assistance systems), which were previously a reserve of high-end luxury cars. In addition to that, the scooter is being developed with several industry firsts – it has a top-speed of 90km/h, does 0 – 50km/h in 6 seconds and offers a range of 100 kilometre per charge. Here one can argue that some electric scooters on sale today offer a range of 180 – 200km. The company says that the M9 can be charged by an on-board fast charger, as well as by swapping batteries.

More than anything else, though, Artem is banking heavily on the safety equipment of the M9. According to the firm, they’re working on safety with a two-step approach – Collision Prevention and Collision Alert. Since a majority of two-wheeler accidents are caused by the rider’s error and lack of attention, Artem is developing a system that gives the rider timely information and alerts to make better decisions. As a result, Artem’s flagship scooter will be equipped with cameras and radars to allow 360-degree awareness up to a 100m radius. The scooter will also feature blind-spot warning system and emergency assist function, in case of an accident.

At the moment, the company hasn’t shared any specific details regarding the launch date of its first product. The start-up, however, is in the process of raising a Series A round of investment in the run-up for a three-product roadmap over the next five years. The first one will be the M9, followed by the M9-A (one with radars and cameras) and a mid-mass market scooter, the M6.