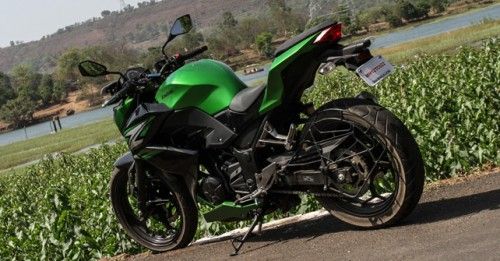 From April 2017, Bajaj will no longer sell or service Kawasaki motorcycles through its outlets.

Bajaj Auto has officially announced that it will be ending its sales and service partnership with Kawasaki in India from April 1, 2017. This will mean that locally-assembled Kawasaki models such as the Ninja 300, Z250, Ninja 650, et al, will stop sharing the showroom floor with Bajaj’s Probiking outlets (KTM dealerships) in India.

Kawasaki and Bajaj joined hands in 2009 for sale and after-sales service of the CKD models of the Japanese bike maker. Kawasaki has its own exclusive dealerships for its CBU models. From April 2017, though, all Kawasaki motorcycles – whether CBU or CKD - will be sold through the same outlets. As for after-sales service, new as well as existing owners will need to get their motorcycles serviced from Kawasaki dealerships only.

Bajaj hasn’t specified any particular reason for the end of the tie-up in India. However, the rise in demand for KTM products could be seen as the actual deal breaker here. In a statement, Bajaj Auto president (Probiking) Amit Nandi said, “We have progressively converted our Probiking network to KTM dealerships. The Bajaj-KTM partnership launched its first co-developed product, the 200 Duke, in 2012. Over the last five years, KTM achieved a compounded annual growth rate (CAGR) of 48 per cent and had an estimated sales volume of 37,000 units in 2016-17. Going forward, Bajaj intends to focus on the KTM brand."

Bajaj, however, has said that it will continue to maintain its tie-up with Kawasaki across the rest of the world for current and future businesses.