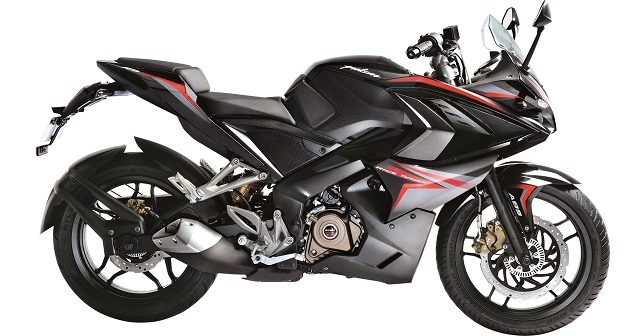 One of the biggest two-wheeler players in the Indian market, Bajaj, has introduced a new livery of the existing Pulsar RS 200.

After being launched in March 2015, Bajaj Pulsar RS 200 has found more than 15,000 buyers in the first five months of this financial year. In order to celebrate the success story written by the RS 200, Bajaj has introduced a new edition of the bike, known as Demon Black edition.

The Demon Black edition flaunts red graphics on a black body, which makes the bike look more meaningful than usual. The bike is powered by the usual 199.5cc triple-spark DTSi engine which produces 19.2bhp of power and 18.6Nm of torque. The Pulsar RS 200 is claimed to have a top speed of 141km/h.

Commenting on the new variant, Mr. Eric Vas, President Motorcycle Business, said, “The Pulsar RS 200 has received an overwhelming response across the country and has achieved leadership in its segment in a short span of 4 months. The new Demon Black edition is a beautiful bike which is combined with its racing genes and will certainly appeal to biking enthusiasts.”