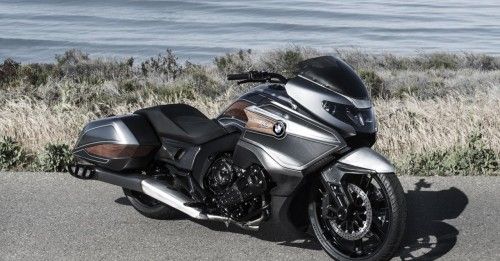 BMW Motorrad is not usually in the business of making heavy cruiser motorcycles, but at this year’s Concorso d’Eleganza Villa d’Este the German manufacturer of motorcycles showcased a rather impressive concept. The bike is called the “Concept 101” and it looks like the cruiser or bagger motorcycle of the future.

The name "Concept 101" indicates the capacity of the concept bike, which has its roots in the USA. The capacity of the six-cylinders is 1,649 cc - approximately equivalent to 101 cubic inches, which is the American unit of measurement for cylinder capacity. The number 101 also stands for the place where the vehicle came into being. It was not far from Highway 101, at the design studios of the BMW Group subsidiary Designworks in Newbury Park, California, that the BMW Motorrad designers got together with their Designworks colleagues to create a truly special motorcycle that would extend the limits of quality and exclusivity and reflect a whole new touring philosophy.

"We had a clear vision when we were designing the bike: under the motto "The Spirit of the Open Road" we wanted to build a high-performance, emotional and highly exclusive 6-cylinder vehicle that would make every ride a special experience. A bike that would make the moment so special, you would forget your destination," explains Ola Stenegard, Head of Vehicle Design BMW Motorrad.

BMW says that the enormous torque of the in-line 6-cylinder engine generates extraordinary pulling power in every situation on the road. There is no confirmation on production yet, but we like the direction in which the company is heading with this concept.