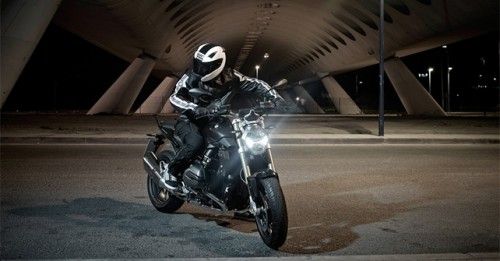 BMW has also launched a naked version of their latest R 1200 RS, and it is labelled as the R 1200 R - a no-nonsense boxer-powered roadster. The styling of the new R appears to have been given a thorough revamp, with much sharper lines, and BMW is hoping that the latest model will make waves. The dynamic proportions, with the low-set front and the light, almost delicate-looking tail jutting up at the rear, give the bike a slight wedge shape and leave no doubt as to its sporting prowess

Just like the R 1200 RS, the bike also gets standard ABS and Stability control as well as two different riding modes, including the optional Riding mode Pro feature with Dynamic Traction Control (DTC) with banking detection as well as two extra riding modes – “Dynamic” and “User”. There is also an electronically adjustable suspension, and you also choose from three different styling options.