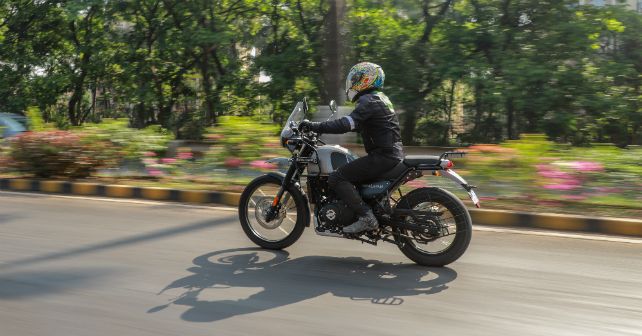 Prices of the BS6 compliant Bullet 350, Himalayan and the popular Classic 350 have been increased by around Rs 2,750. All the aforementioned models have been updated to meet the BS6 norms earlier this year.

Royal Enfield has updated the prices of three of its models – the Bullet 350, the Himalayan and the Classic 350. The company commenced the switch to the BS6 model range with the Classic 350 in January. It was then followed by the Himalayan later that month and the Bullet 350 in March. On account of the switch to the stricter emission norms, Royal Enfield had already increased the prices of all the aforementioned models. This is the second time that the price has risen since the start of the year.

The BS6 Bullet 350 that was launched in March, is now priced starting Rs 1.24 lakh and going right up to Rs 1.40 lakh – an increase of Rs 2,755 across all colour options. Meanwhile, the BS6 Classic 350 too has gotten expensive now, ranging between Rs 1.60 lakh to Rs 1.84 lakh for the single-channel ABS and the dual-channel ABS respectively. Royal Enfield’s ADV, the Himalayan too demands roughly Rs 2,755 more than before, and now ranges between Rs 1.90 lakh to Rs 1.94 lakh. All prices ex-showroom Delhi. Everything else about all three motorcycles remains largely unchanged. There are no updates to the mechanicals or even the features list.

After being shut for more than 45 days thanks to the coronavirus lockdown, Royal Enfield commenced its operations at the Oragadam facility near Chennai on 6th May. Nearly 120 of its dealerships across the country have commenced operations too. Follow the link for more details.