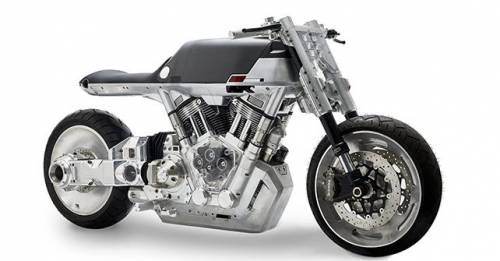 Spawned off modern 3D printing technology, at the New York motorcycle show, the Vanguard Roadster has been revealed with a whopping price tag.

With the birth of a brand new motorcycle manufacturing company, Vanguard, a Brooklyn, New York based company has developed an all new motorcycle called the Vanguard Roadster. The motorcycle was developed with the aid computer generated design and 3D printing technology of modern times.

Not only has the technology helped fast track and significantly cut down on costs of research and development in contrast to the traditional methods, Vanguard has been able to even engineer their product to be unconventional in form and the process of function as well. 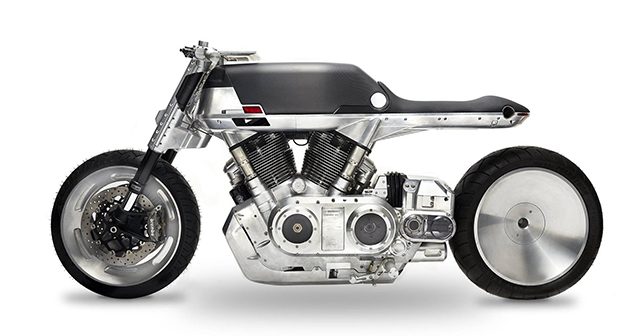 Powering the motorcycle is a 1,917cc, V-twin engine who’s block doubles as the motorcycles frame as well. The Vanguard does away with the conventional belt or chain drive systems, and uses a shaft drive instead to power the rear wheel. Ohlins has provided the suspension and Brembo - the brakes.

Vanguard is a small startup company with only a handful of employees have been able to develop the entire motorcycle in a fraction of the time and cost as it would take in conventional ways. Vanguard used software systems from Dassault Systems from France and with the help of 3D printing, and computer generated simulation and design the first ever Vanguard Roadster was born.

Vanguard has confirmed at the reveal of the motorcycle in New York that the motorcycle will go under production some time in 2018. Once road testing and further development is complete, Vanguard will produce the motorcycle from a refurbished industrial unit in the Brooklyn Navy Yard in New York. 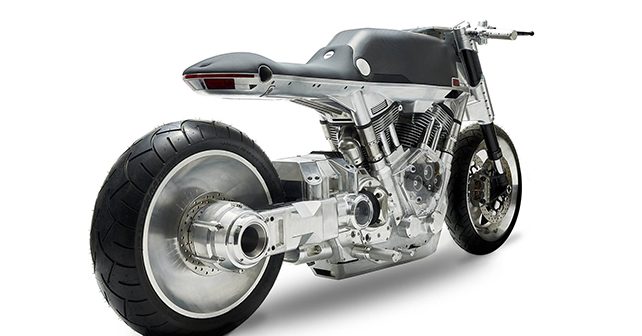 Vanguard will also create a cruiser and a sporty racer motorcycle at a later point, but for now the Vanguard Roadster is priced at $30,000 (~Rs. 20 lakh).

Now that might sound quite a lot for a two wheeled fancy looking piece of toy. But at that price, it really is quite a competitive number to be asking for. Though we don’t know its performance figures as yet, but a 1.9-litre engine leaves no doubt that the punch it will throw will require the rider to hold on for dear life. And with motorcycles from the established brands with smaller engines costing equal, if not more in some cases, the modern technology and its advancements Vanguard has employed and will further enhance their development process with, can only become more and more profitable and competitive as we move into the future.