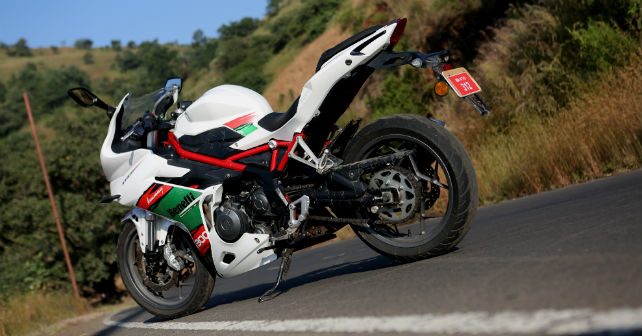 After delaying the launch of the 302R one too many times, DSK Benelli has now officially announced that the full-faired motorcycle will go on sale in the country, starting July 2017. Bookings for the 302R are now open at DSK Benelli outlets across the country.

Although the 302R shares its mechanical components with the TNT 300 roadster, it’s not exactly its full-faired version – in fact, it’s an all-new motorcycle, says the manufacturer. Among some of its design highlights are its split headlamps, a classic fairing with racing decals, a new trellis frame, split-seats and a sharp tail. Overall, it looks quite sporty you've to say.

The DSK Benelli 302R will use the same powertrain that currently does duty in the TNT 300. It’s a liquid-cooled 300cc twin-cylinder engine that produces 37.7bhp @ 11,500rpm and 26.5Nm of peak torque at 10,000rpm. Power transmission duties are carried out by a 6-speed gearbox.

Equipment-wise, the 302R will feature USD (upside-down) front forks, a mono-shock at the back, a brake setup comprising twin-disc at the front and a rear disc brake - coupled with ABS, an analogue-digital instrument cluster and 17-inch wheels - 110/70 (front) and 150/60 (rear).

DSK Benelli hasn’t revealed the price of the 302R as yet. However, considering that it’ll go up against the likes of the Kawasaki Ninja 300, the 302R is expected to carry a price tag of around Rs 3.25 lakh - Rs 3.50 lakh in the country. 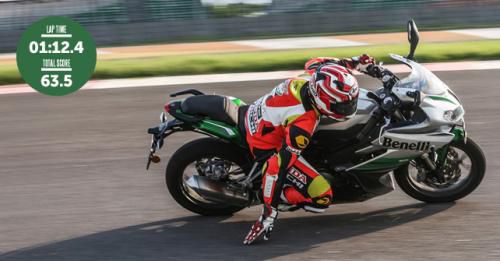