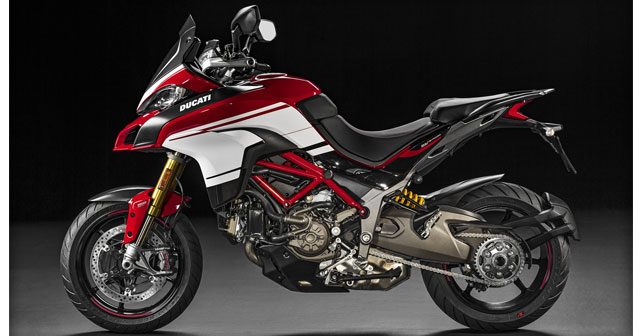 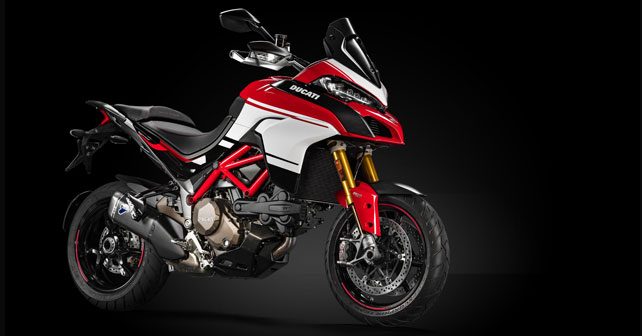 As the name suggests, the new Pikes Peak version brings out the sports character of the Multistrada 1200 S, drawing its inspiration from the Italian company’s past victory in the legendary Pikes Peak International Hill Climb in Colorado, which is considered to be one of the most challenging hill-climb races in the world.

The Multistrada 1200 Pikes Peak gets some new high-performance specifications including a fully adjustable Öhlins fork and premium quality TTX36 rear shock. It will also get some ultralight carbon fibre components and the Ducati Performance Termignoni carbon fibre silencer, which aims to enhance the motorcycle's competitive spirit.

The Multistrada 1200 Pikes Peak is powered by the famed Ducati Testastretta twin-cylinder engine. The bike is also equipped with Cornering ABS, Cornering Lights on the full-LED headlight, Ducati Wheelie Control, Ducati Traction Control and Cruise Control. Another great feature is the Bluetooth module used with the Ducati Multimedia System, which lets riders connect the bike to a smartphone and manage key multimedia functions via the switchgears and displays information on the colour TFT dashboard.