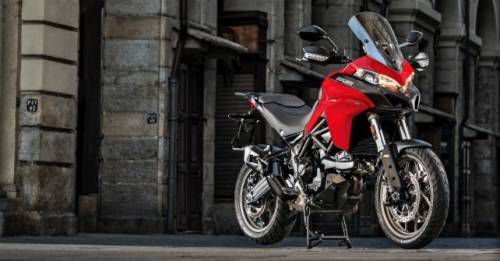 Both motorcycles are entry-points into their respective families

Just last month we reported that Ducati is planning to bring in five new products to the Indian market this year. With these launches, Ducati’s line-up in India will be more or less identical to the products they offer globally. Two of these motorcycles, the Multistrada 950 and the Monster 797 are scheduled to be launched on June 14.

Ducati took the wraps off the Monster 797 at EICMA last year. This one sits below the Monster 821 as an entry-point into the Monster family. In terms of design, the Monster 797 borrows its cues from its higher-displacement sibling. The overall silhouette is identical along with some other elements like the alloy wheels, circular headlamp as well as the tail section. That being said, there are quite a few elements that set the 797 apart from the 821 - the exhaust, seat cowl and swing arm to name a few. Interestingly, this one comes fitted with the same engine that powers the Scrambler – an 803cc L-twin that produces 75 horses and 68Nm. This engine comes mated to a 6-speed transmission. As far as features are concerned, the Monster 797 comes equipped with a slipper clutch and ABS but misses out on traction control and quick shifter. To perform braking duties, the Monster 797 gets two 320mm discs up front and a 245mm single disc at the back.

Along with the Monster 797, Ducati will also bring in the Multistrada 950. So far, Ducati only had the larger Multistrada 1200 on sale but the launch of the 950 should make the model accessible to a larger audience. That being said, park the two siblings next to each other and it will be difficult to distinguish between the two. The Multistrada 950 makes use of a 937cc L-twin that makes 113bhp and 96Nm. Despite sporting a smaller engine, the Multistrada 950 is just 5kg lighter than the 1200. The baby Multi comes with four riding modes – Touring, Sport, Urban, and Enduro. Aside from this, the Multistrada 950 comes with a three-way adjustable ABS and 8-level traction control.

Although the official launch of both these motorcycles is on July 14, a leaked document suggests that the Monster 797 will be priced at Rs 7.82 lakhs (ex-showroom Delhi) while the Multistrada 950 will demand Rs 11.53 lakhs but it remains to be seen if these amounts are accurate.