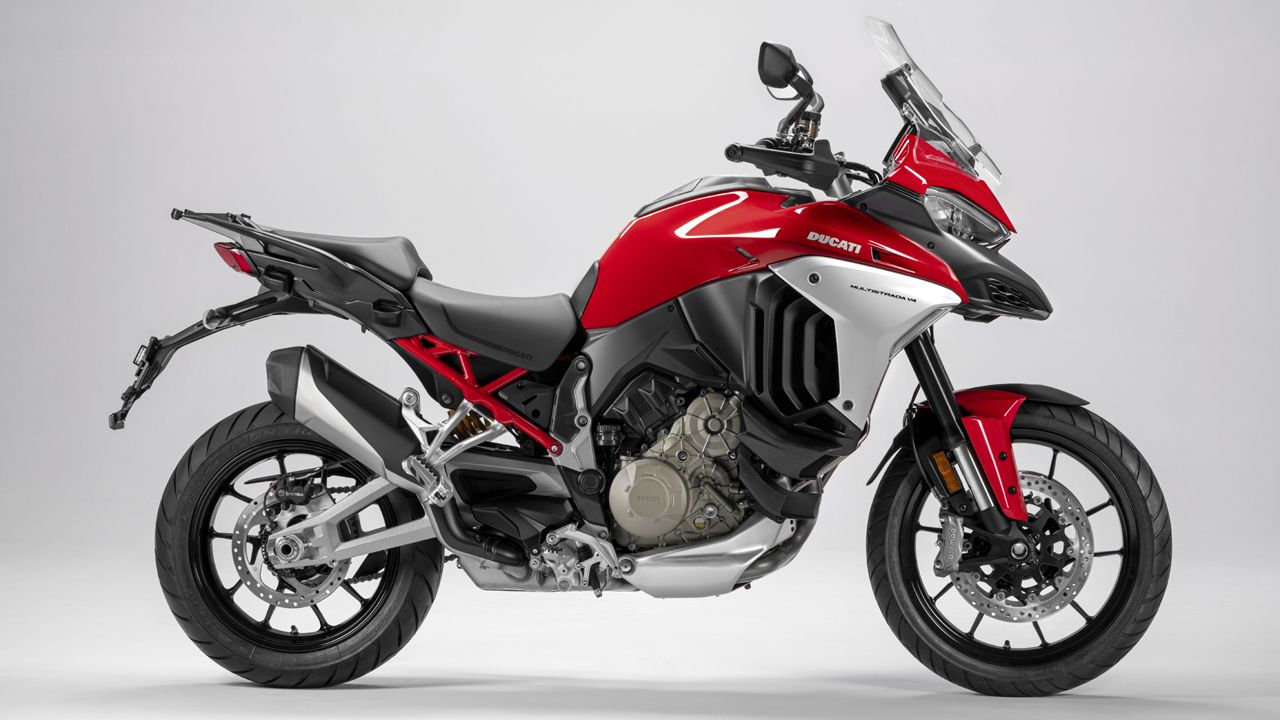 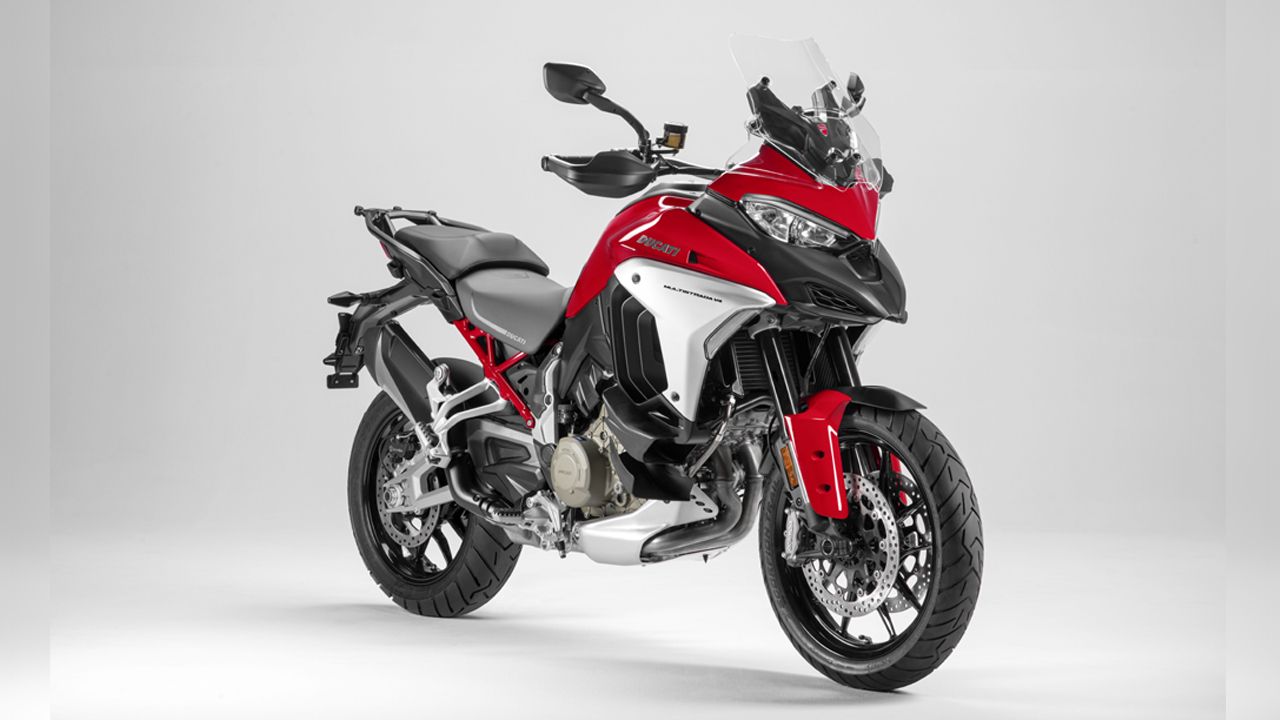 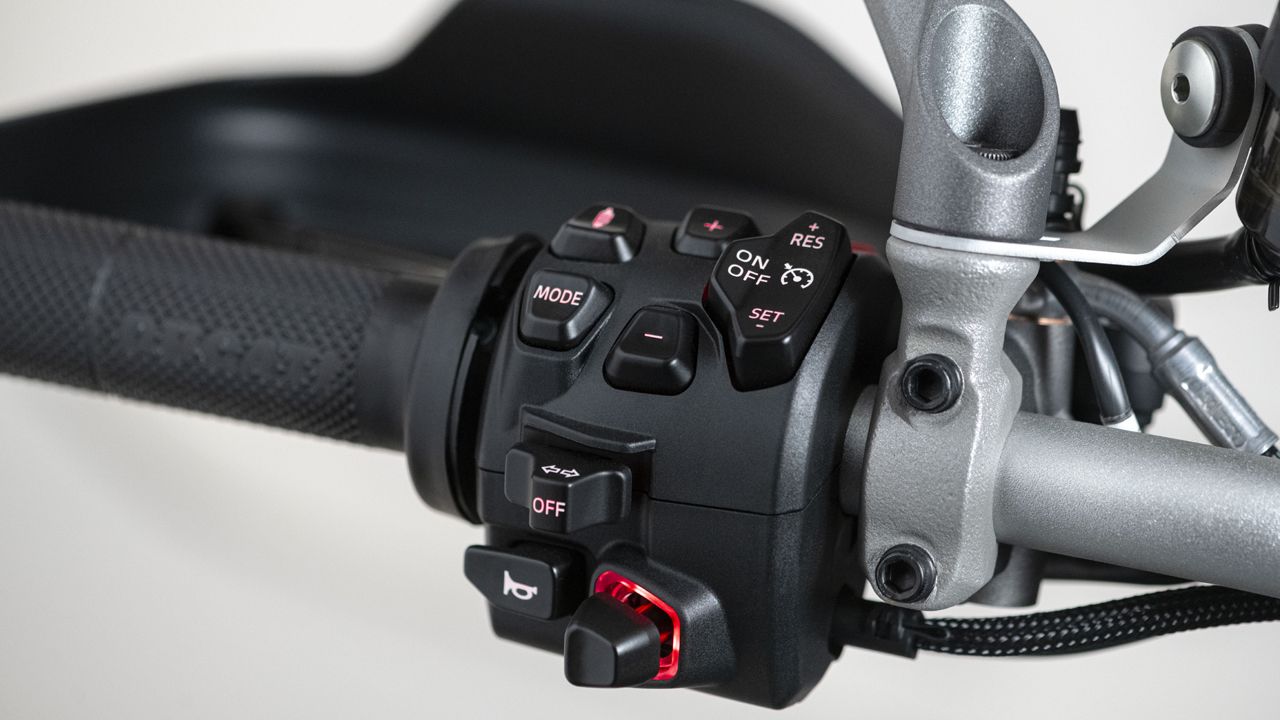 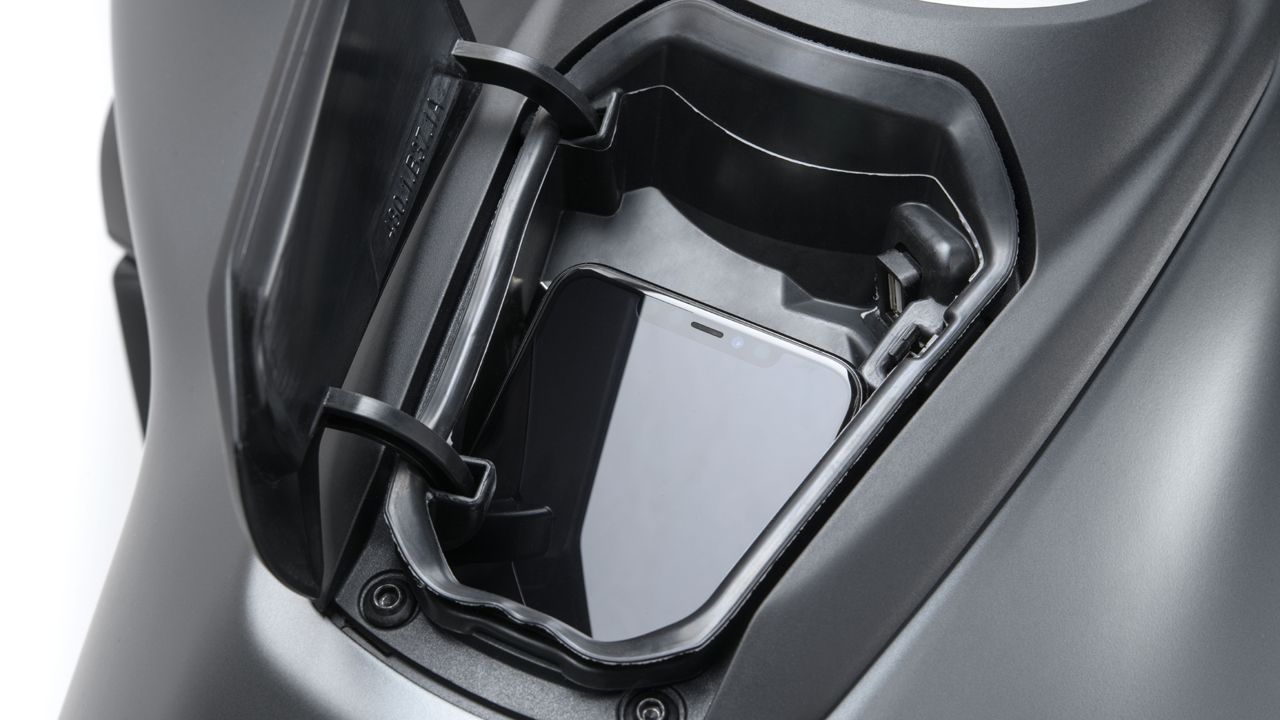 With 168bhp on tap, the new Ducati Multistrada V4 is one of the most powerful ADVs on sale!

Last month, Ducati confirmed that the new Multistrada V4 has entered production in Borgo Panigale, and a few days later, the Italian marque released details about the most important aspect of the bike – its new V4 heart. Today, the bike has been revealed in its entirety in three variants – Multistrada V4, V4 S, and V4 S Sport. The latter two come fitted with more advanced equipment than the base Multistrada V4. 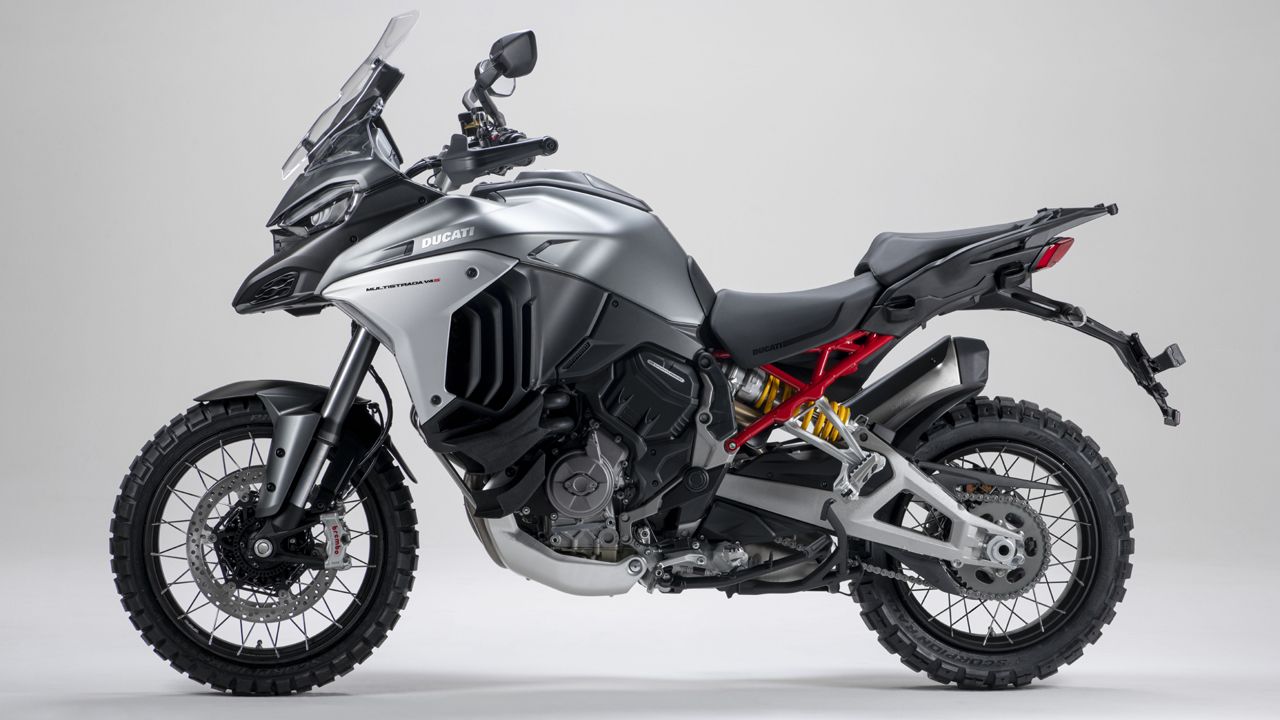 Starting with the new powerplant, all variants of the Multistrada V4 are powered by a Euro 5/BS6 compliant 1,158cc liquid-cooled V4 Granturismo engine mated to a six-speed gearbox. Though the engine has been derived from the Panigale V4's motor, in comparison, the V4 Granturismo engine offers larger displacement and uses conventional valve springs instead of the Desmodromic valve system. Despite being smaller than the Multistrada 1260's heart, the new engine develops a significantly higher 168bhp, but the torque, at 125Nm, is slightly lower than the Multistrada 1260. 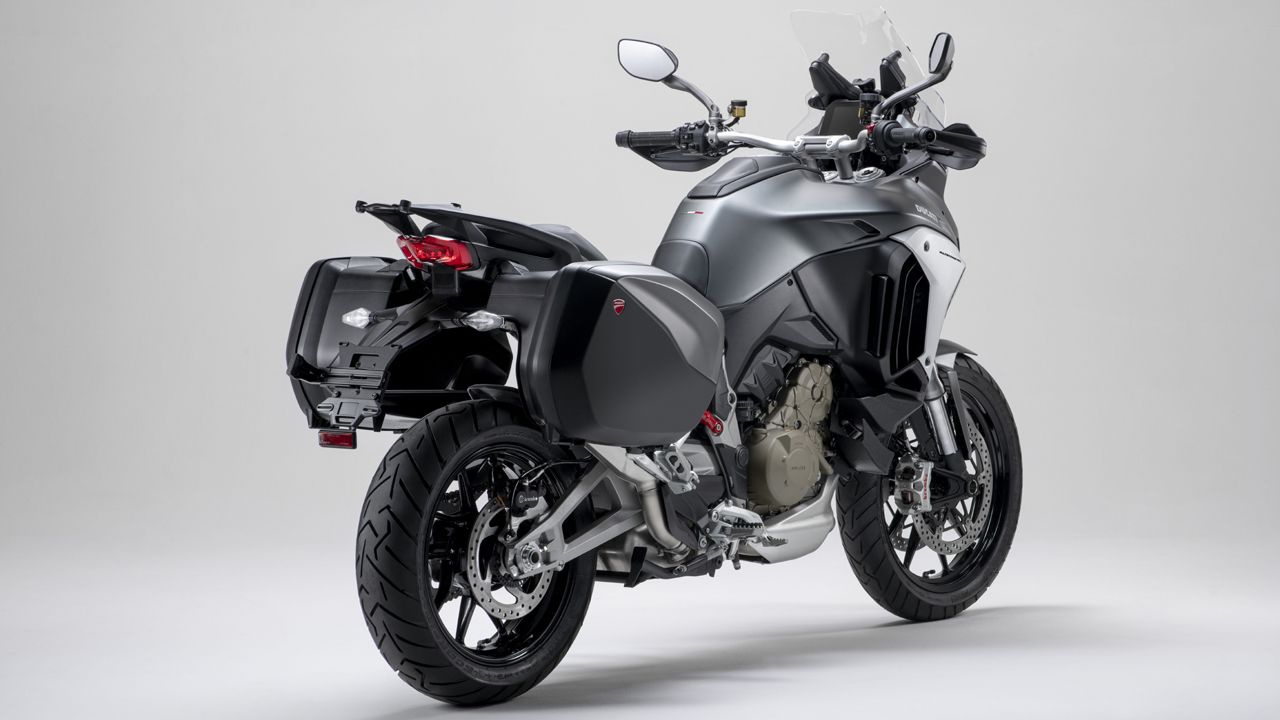 The Multistrada V4 is also built on a new aluminium monocoque frame instead of the old steel trellis skeleton. It rides on a 19-inch front wheel shod with 120/70 Pirelli Scorpion Trail II tyre (170/60-17 for the rear), while braking duties are taken care of by twin 320mm discs at the front (Brembo M4.32 callipers) and a single 265mm disc at the rear (Brembo 2-piston floating calliper). The suspension setup consists of mechanically-adjustable Marzocchi 50mm USD forks at the front and a fully-adjustable Marzocchi monoshock at the back. 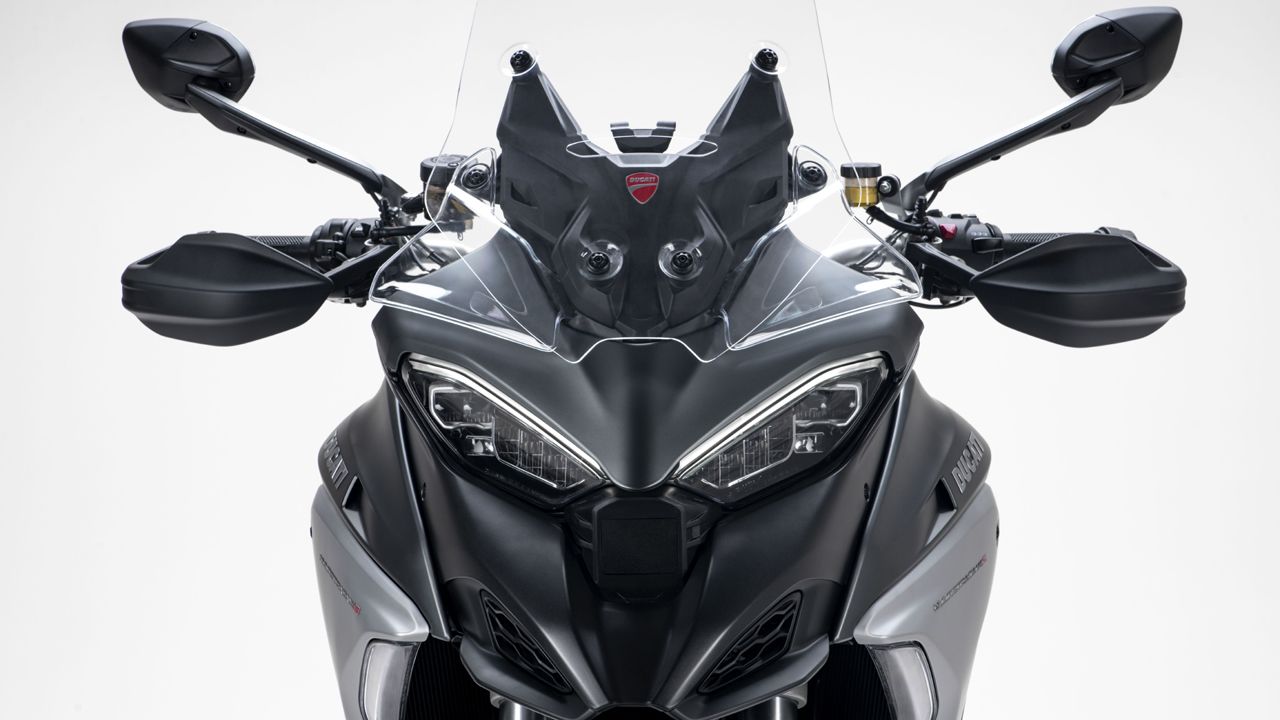 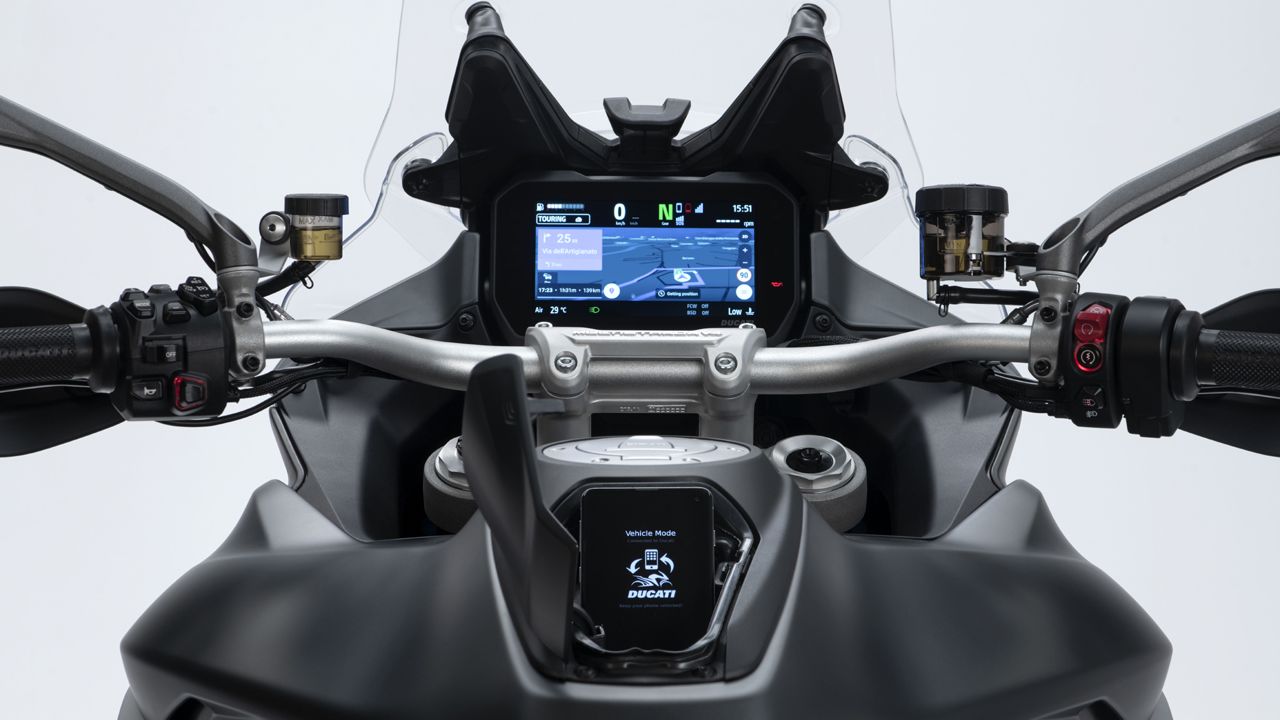 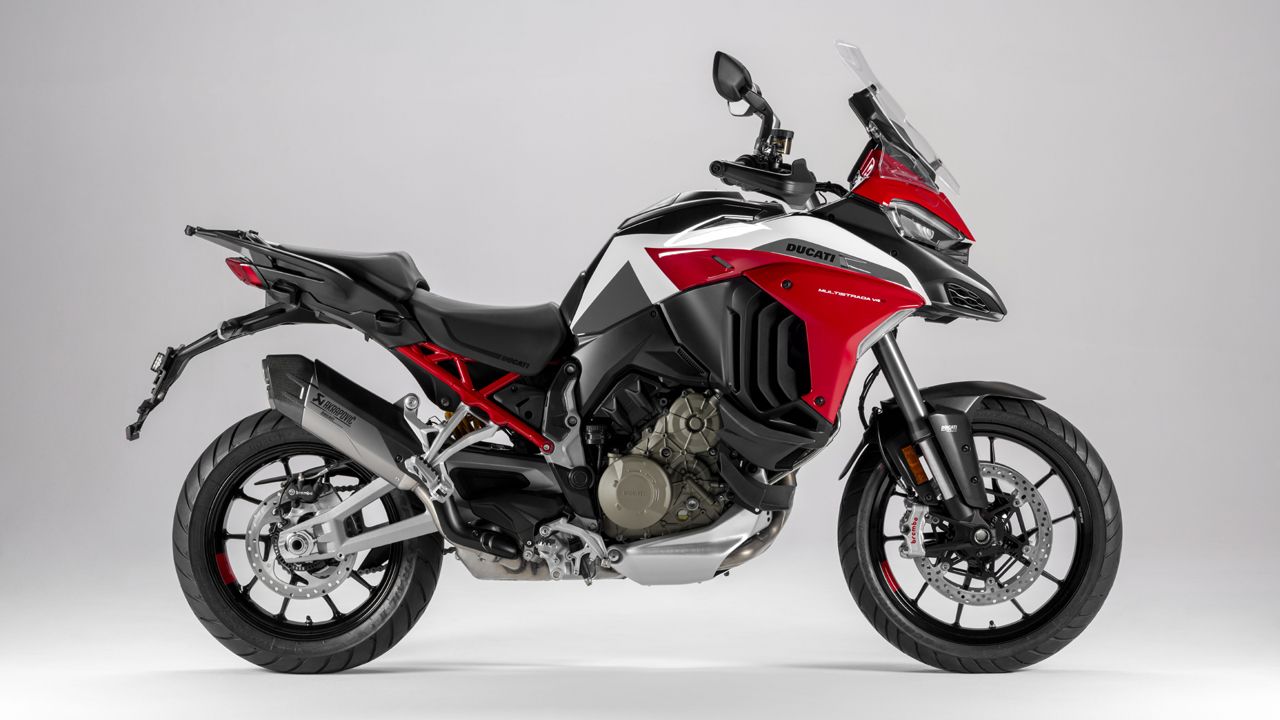