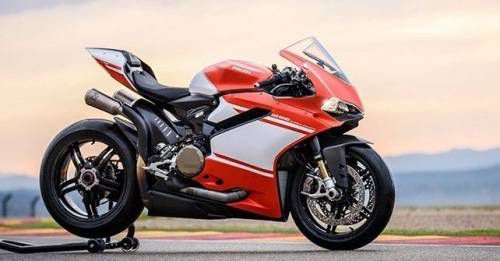 Ducati will discontinue the Panigale and will replace it with a new bike.

Ducati has released a teaser video which reveals the end of an era. On July 7, 2017, at the Laguna Seca Round of the World Superbike Championship, Ducati will unveil what could possibly the last Panigale before it gets replaced.

The teaser video that Ducati released shows the tagline "When the end tells the whole story", hinting that this new Panigale could probably be the last before it is replaced next year. The video also reveals that this new Panigale will be a Tricolore and will come with the Superleggera-like exhaust thanks to which it will become Euro IV compliant. It is likely that this will be a new iteration of the Panigale R, which forms the base of their WSB bike next year. By doing this, Ducati will not only give the Panigale the perfect sendoff but they will be able to homologate it for their 2018 WSB campaign. So far, every generation of Ducati Superbikes has won a WSB title except for the Panigale. Exact details of the bike will only come to fore on July 7, but if they want to use this model for their WSB endeavours, it has to be priced below $40,000 (Rs 26 lakhs) and minimum 500 bikes will need to be produced.

Over its life cycle, Ducati has developed numerous iterations of the 1299 Panigale, with the most extreme version being the 1299 Panigale Superleggera. Weighing in at just 150kg dry thanks to heavy use of carbon fibre, the engine develops 219bhp. Ducati only allotted one unit for the Indian market out of 500 produced globally. In India, at Rs 1.12crore (ex-showroom) it is the most expensive motorcycle on sale.

Earlier this year, Ducati CEO Claudio Domenicali confirmed to the press that they are developing a new V4 engine which has been derived from its efforts in MotoGP. Ducati is expected to unveil this new V4 powered superbike at EICMA later this year. This machine will eventually make its way to the World Superbike Championship. That being said, 2018, Ducati might just continue with their Panigale R based race machine.