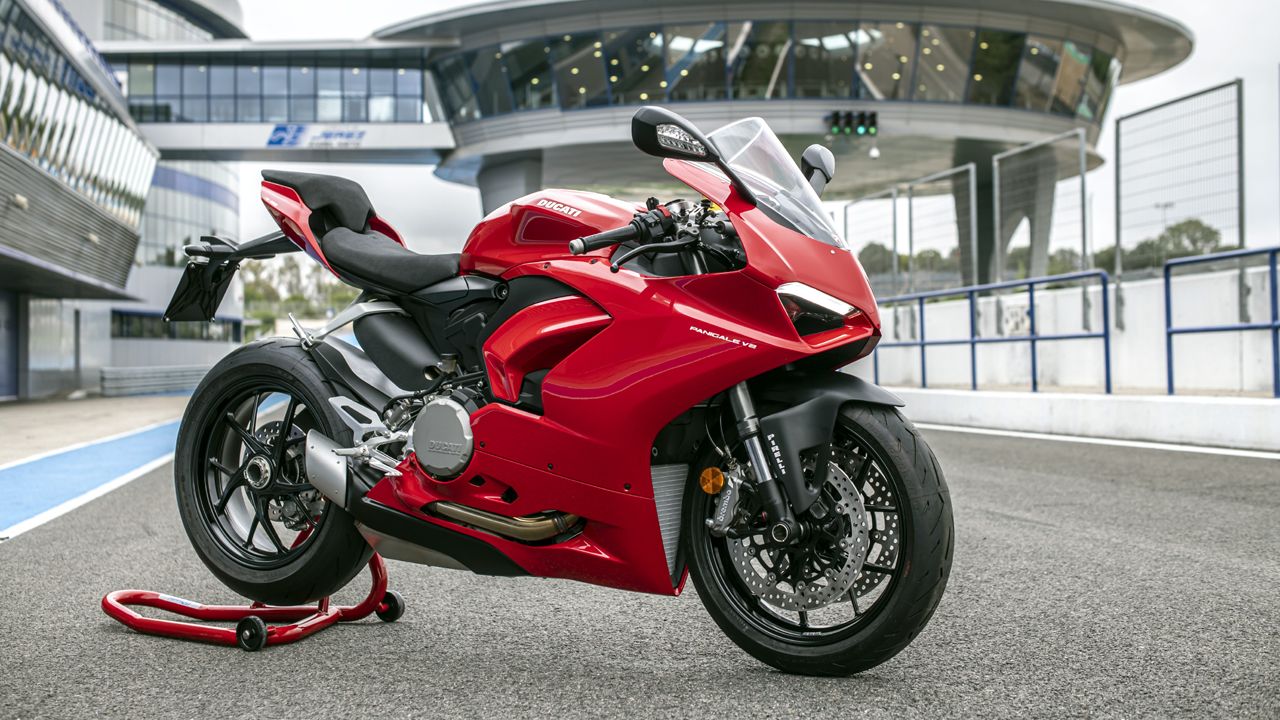 The all-new entry-level Panigale will be the first BS6 compliant Ducati in India.

A successor to the Panigale 959, the all-new Panigale V2 first broke cover at the 2019 Ducati World Premiere in October. However, we've been sitting on the edge of our seats ever since Ducati India teased the bike in April this year, indicating it's impending launch. After the bookings were opened last month, we finally got official confirmation that the Panigale V2 will be launched in India on 26th August.

Powered by a 995cc V-twin Superquadro motor (mated to a six-speed gearbox), the Panigale V2 develops 153bhp at 10,750 rpm & 104Nm of torque at 9,000rpm. Thanks to four new injectors and revised air intake ducts, the V2 is slightly more powerful than the Panigale 959. While the 959 had a distinct identity, courtesy of its dual-pipe exhaust and a conventional double-sided swingarm, the V2 looks a lot more like its elder sibling, the V4, but a bit toned down.

The Panigale V2's key features include a bi-directional quick shifter, LED headlamps tucked neatly into the air intakes, new side panels (without the shark gill vents & winglets), a single-sided swingarm, and a new compact exhaust with a single-side tailpipe.

The Panigale V2 is also Euro-5 compliant, and therefore, it will be the first BS6-compliant Ducati model in India.