Ducati Panigale V4: All you need to know 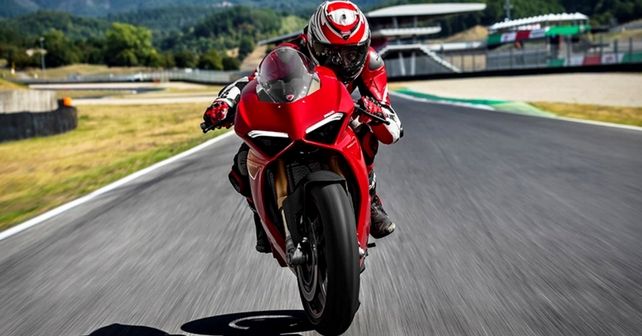 The Ducati Panigale V4 is available in India at a starting price of ₹20.53 lakh (ex-showroom).

Very soon, our review of this mental new flagship Ducati will be up. But before that, here are some essential facts you must know about the Panigale V4.

Before the Panigale V4, Ducati has always used its famous L-twin motor on its flagship bikes. The V4’s predecessor, Panigale 1299, was no different. The V4, however, combines two V-twins to achieve its 4-cylinder configuration – first for a large production Ducati.

What makes the new V4 motor special is the technology that goes behind it. The Panigale V4’s motor is based on the same tech as the MotoGP-spec Desmosedici – the V4 configuration is achieved by combining two 90 degree V-twins rearwards at an angle of 42 degrees. It also has a MotoGP-style counter-rotating crankshaft to aid handling.

Power worthy of a flagship

The Panigale V4 breaks the 200bhp barrier, making it a real powerhouse. The 1,103cc motor on the bike produces an insane 211bhp of power and 124Nm of torque, beating its competition hands down, at least on paper. The V4’s weight is also kept under 200kg, giving it a commendable power-to-weight ratio of 1.08bhp/kg. 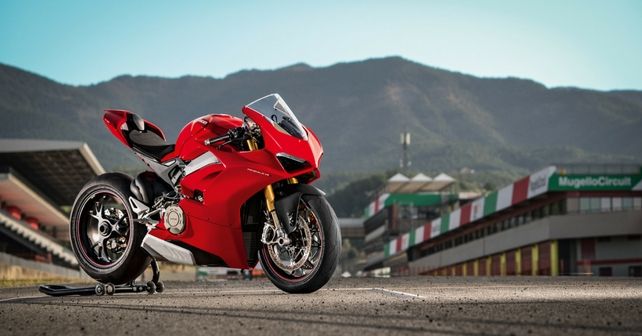 Stopping power on the new Panigale V4 is provided by Brembo’s Stylema calipers. These calipers are updated version of the famed M50s, and they debuted along with the V4 last year. Stylemas are about 70g lighter than M50s, thanks to their single piece construction, but are claimed to remain equally rigid.