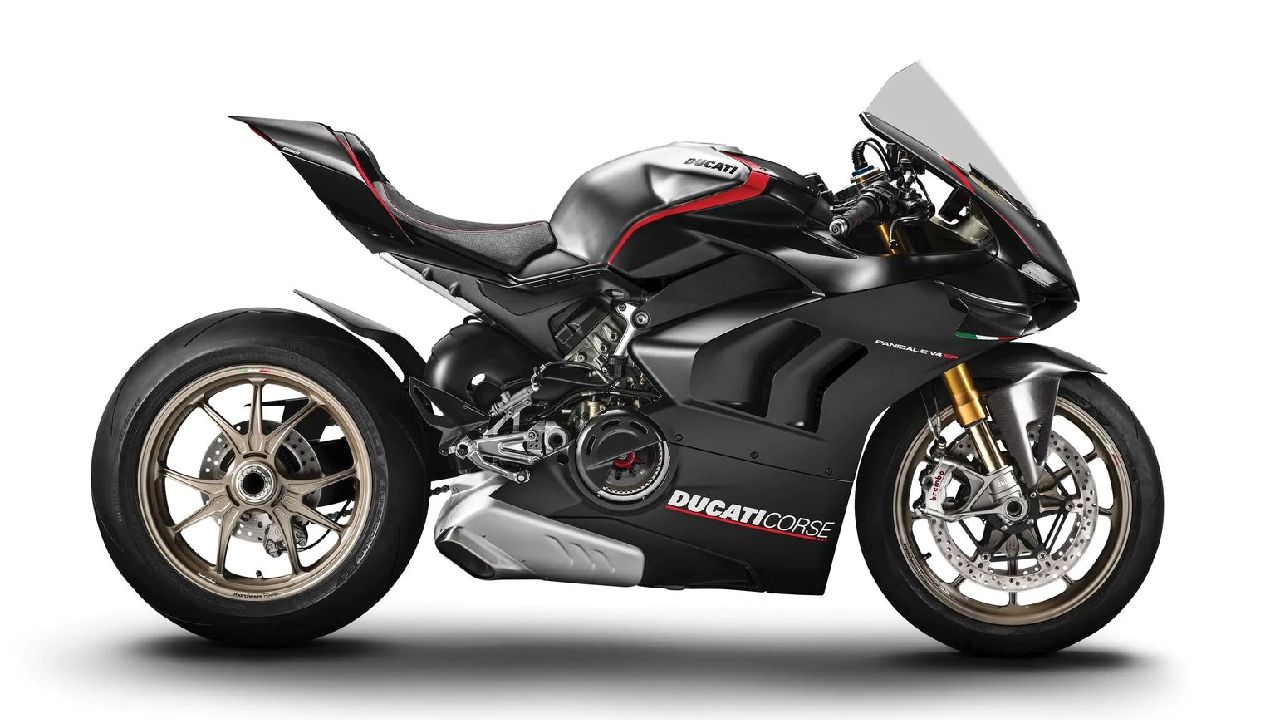 The Ducati Panigale V4 SP has arrived. This track-ready supersport features high-end components and electronics, but all this comes at a premium. 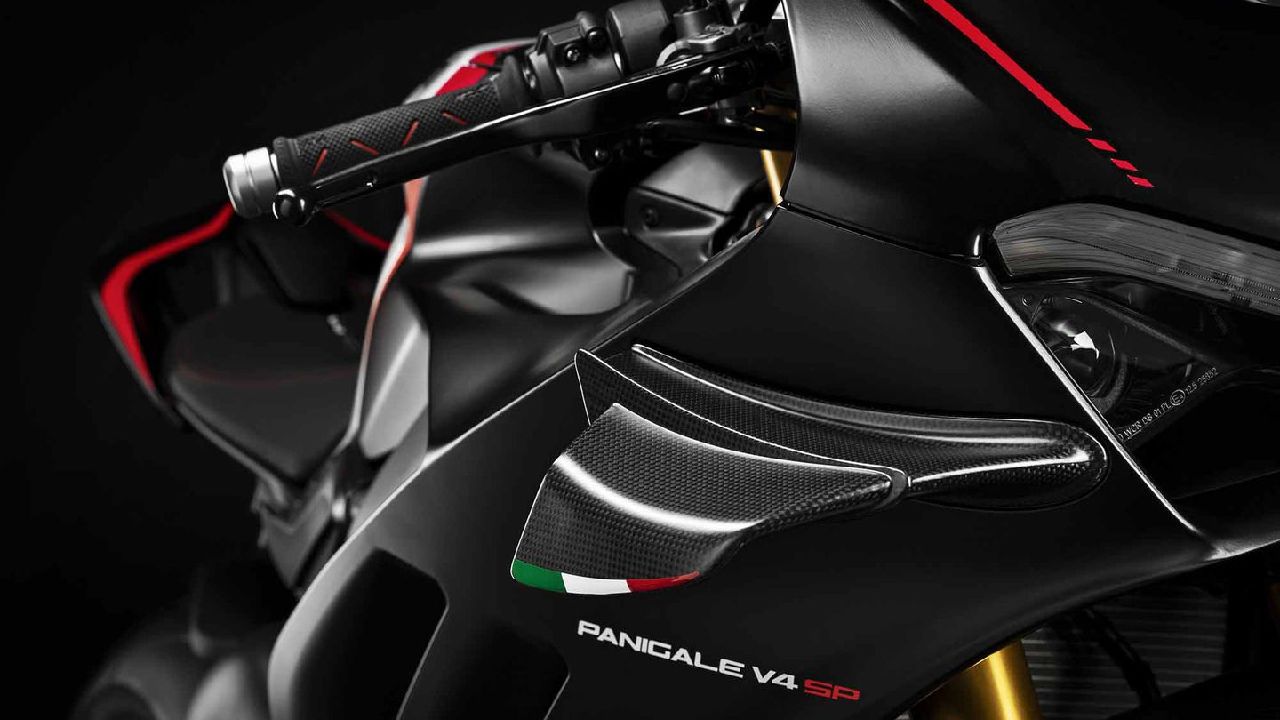 The ‘SP’ in the name indicates that this Panigale V4 is the most advanced and track-focused version in the family. The motorcycle comes with top-shelf cycle parts. The engineers have managed to shave around one kilo off its kerb weight. As the Panigale V4 SP is the most exclusive and advanced track-tool from Blogona, it naturally demands a premium price as well.

Here are a few highlights of the new Ducati Panigale V4 SP. 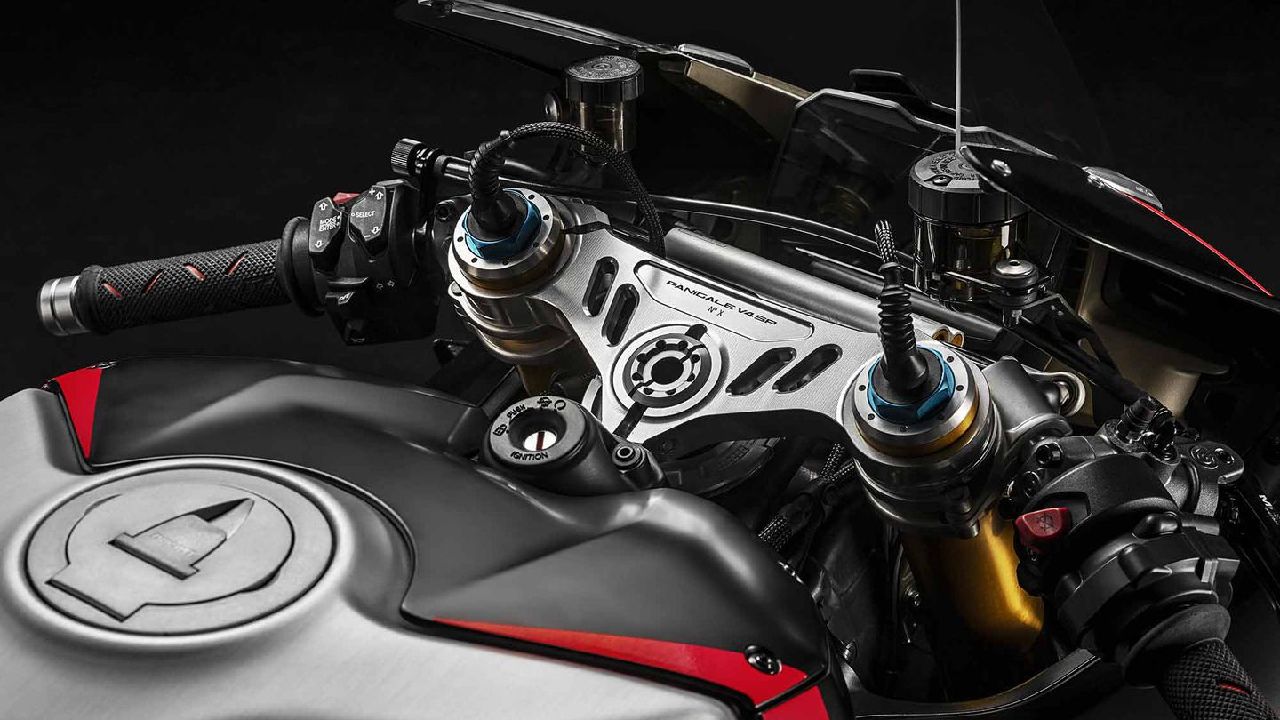 The styling of the V4 SP is more or less the same as that of the Panigale V4 and the V4 S. The motorcycle gets the new 'Winter Test' livery, which has been inspired by the pre-season MotoGP and World SBK motorcycles. The livery includes a matte black paint scheme with a brushed aluminium finish on the fuel tank. There are a few red highlights on the upper-fairing, tank, and rear cowl. The Panigale V4 SP also gets an optional open carbon-fibre clutch cover, which gives it a distinguished look. 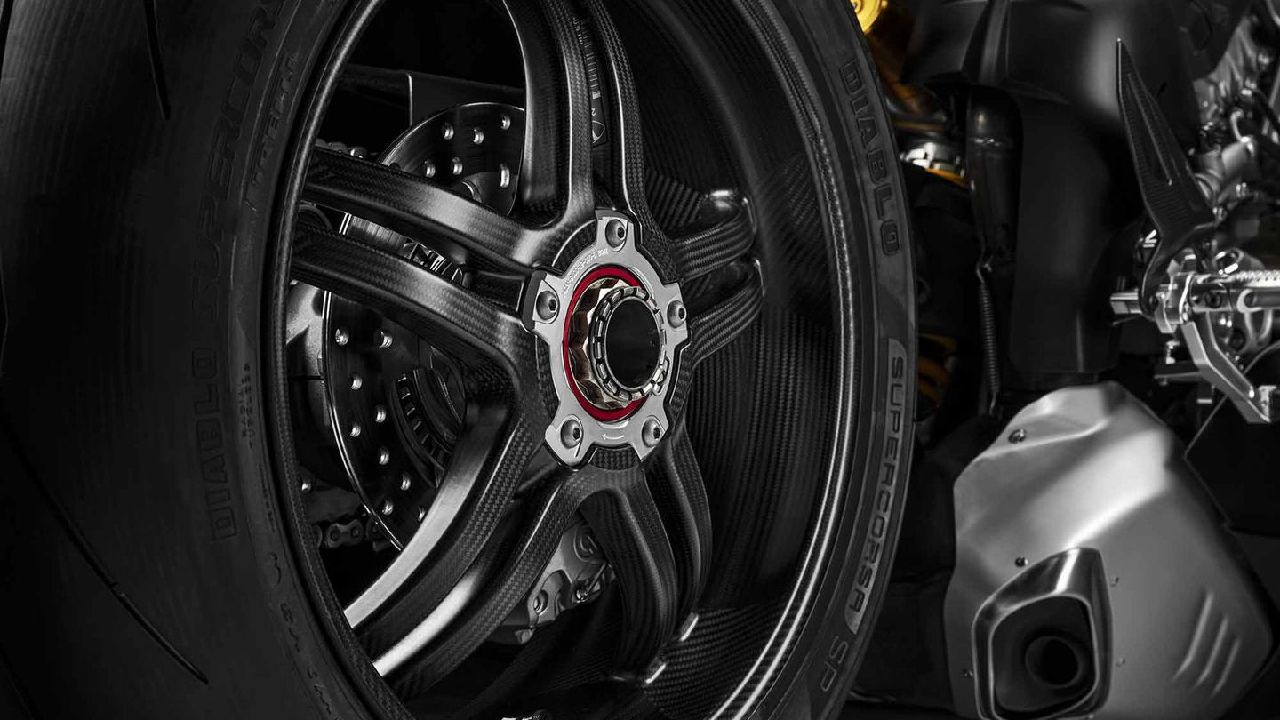 The Panigale V4 SP gets electronic fully-adjustable 43mm USD forks at the front and a mono-shock at the rear, both of which are sourced from Ohlins. Now, these suspension units are identical to the ones on Panigale V4 S. Now, as the V4 SP is lighter by 1kgs, Ducati had to calibrate the suspension units according to the 173kgs of dry weight. The reduction in the kerb weight is also credited to the liberal use of carbon fibre on other body panels. 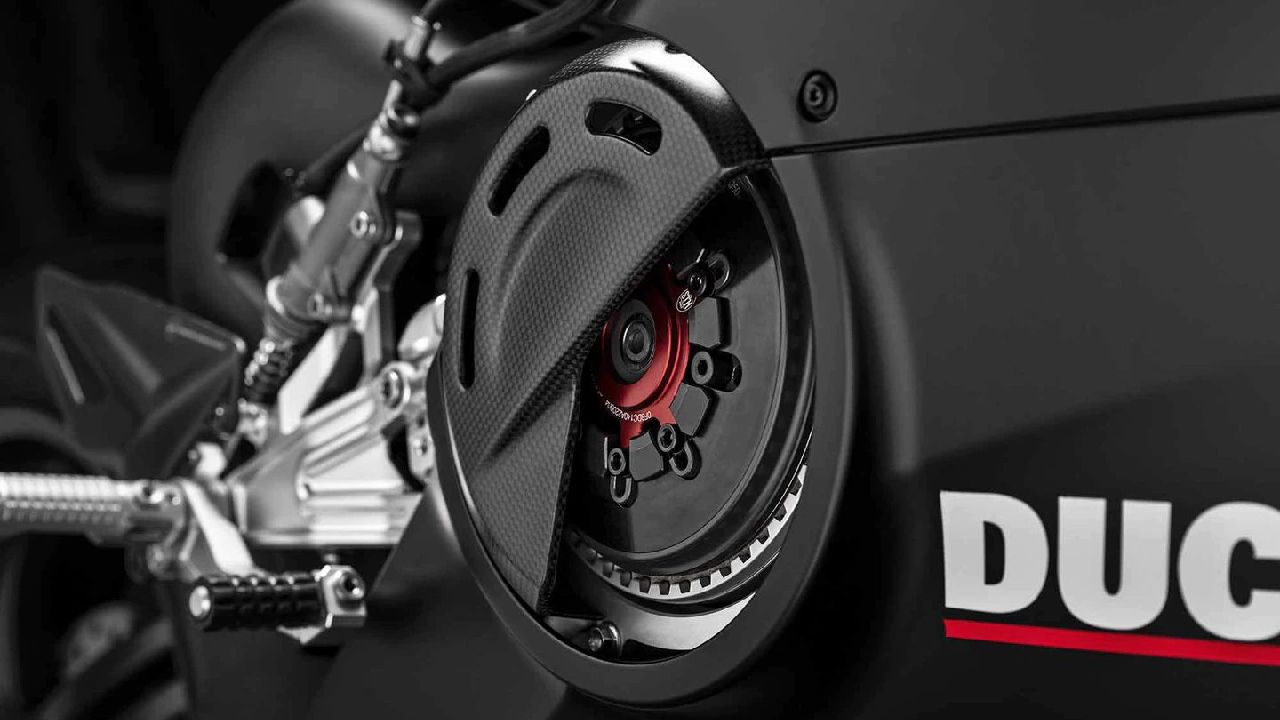 The Panigale V4 SP also gets forged magnesium wheels, which are also lighter by a kilo than the V4 S’ forged aluminium wheels.

The electronic package includes a six-axis-IMU, which governs ABS, traction control, wheelie control, and slide control. The motorcycle also features multi-levels of engine braking. With the Panigale V4 SP, Ducati also offers a license plate removal plug – it is essentially a tail-tidy kit – and machined mirror block-off plates, which are mainly used for track riding. As mentioned above, there is an optional open carbon fibre clutch cover on offer as well. Ducati has also added a Data Analyzer and GPS module into the mix. 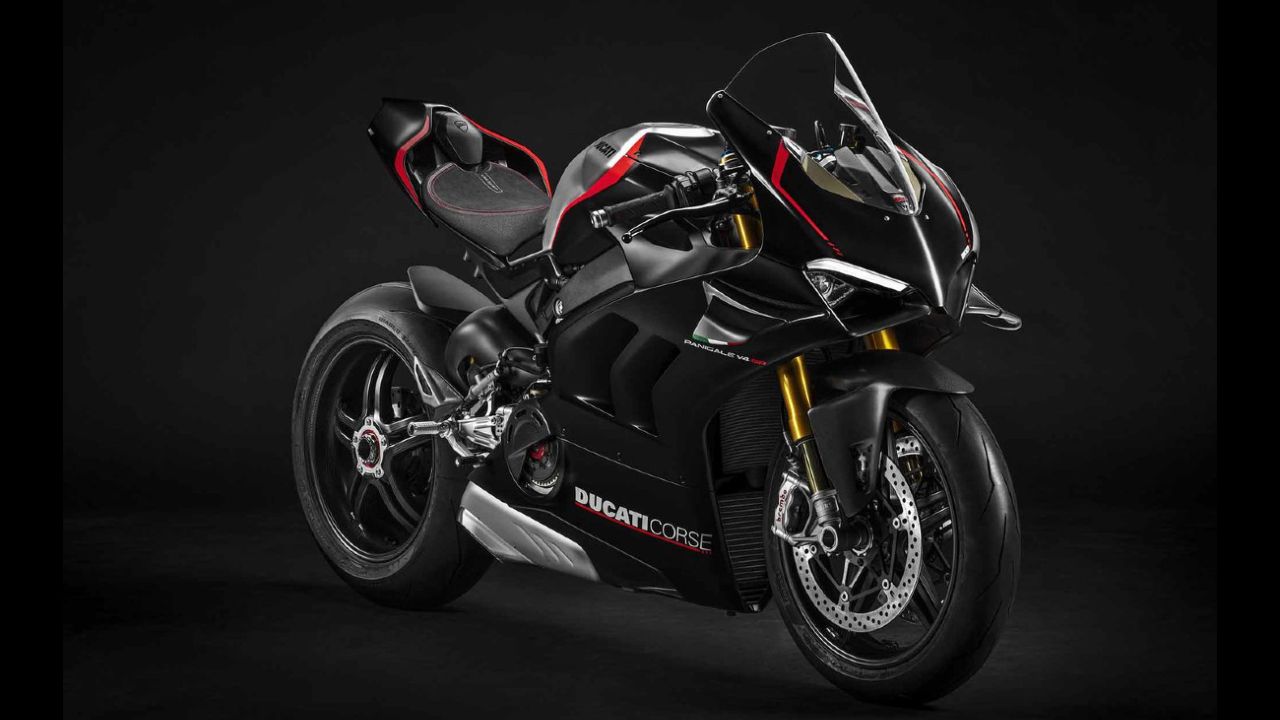 All Panigale V4 models get the same 1,103cc 90-degree V4 engine. The power output of the V4 SP is identical to that of the new V4 SP – 211bhp at 13,000rpm and 124 Nm at 9,500rpm. The V4 SP's gearbox is a six-speed unit, which features a slipper clutch and a two-way quick-shifter. With uprated parts and less kerb weight, the performance of the Panigale V4 SP is expected to be a notch above its siblings.