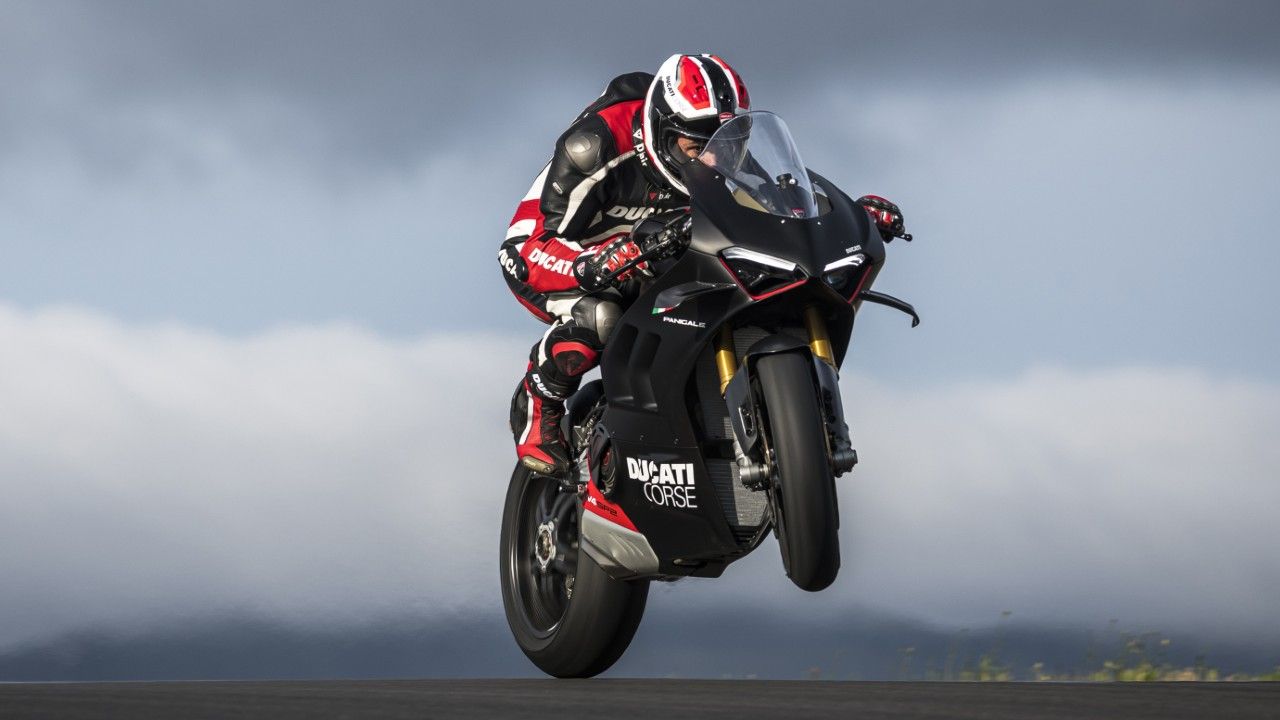 Ducati will produce the Panigale V4 SP2 in a numbered series.

The Panigale V4 has seen many iterations and upgrades, like the V4 S and V4 R. But now comes its maddest, most track-focused version of all time – the V4 SP2. The V4 SP2 gets upgrades in almost every department, including aerodynamics, powertrain, underpinnings, and electronics, to make it the ultimate track machine.

In terms of look, the V4 SP2 sports the ‘Winter Test’ livery, with matte black paintwork and bright red accents, and white Ducati Corse lettering down the side. The fuel tank now has a new shape, which is finished in exposed brushed aluminium instead of paint. 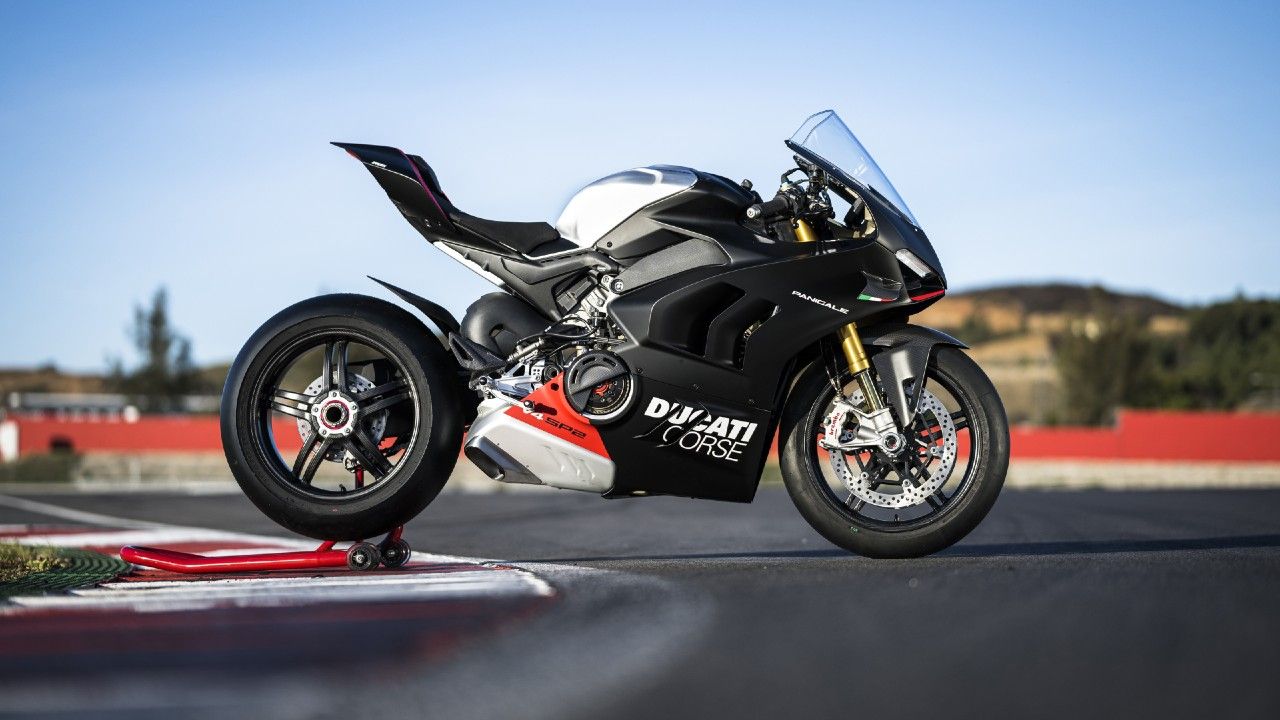 Visually, the V4 SP2 looks very purposeful, thanks to the massive winglets. And the Desmosedici 1,103cc V4 engine, with its incredible 212.5bhp @ 13,000rpm, should make it go as fast as it looks. Ducati will also sell you a titanium exhaust system, developed in collaboration with Akrapovic, which bumps the power  to 225bhp and the torque output to 113Nm, while reducing the weight by 5kgs. For reference, the ‘standard’ V4 SP2’s dry weight is already a featherlight 173kgs. 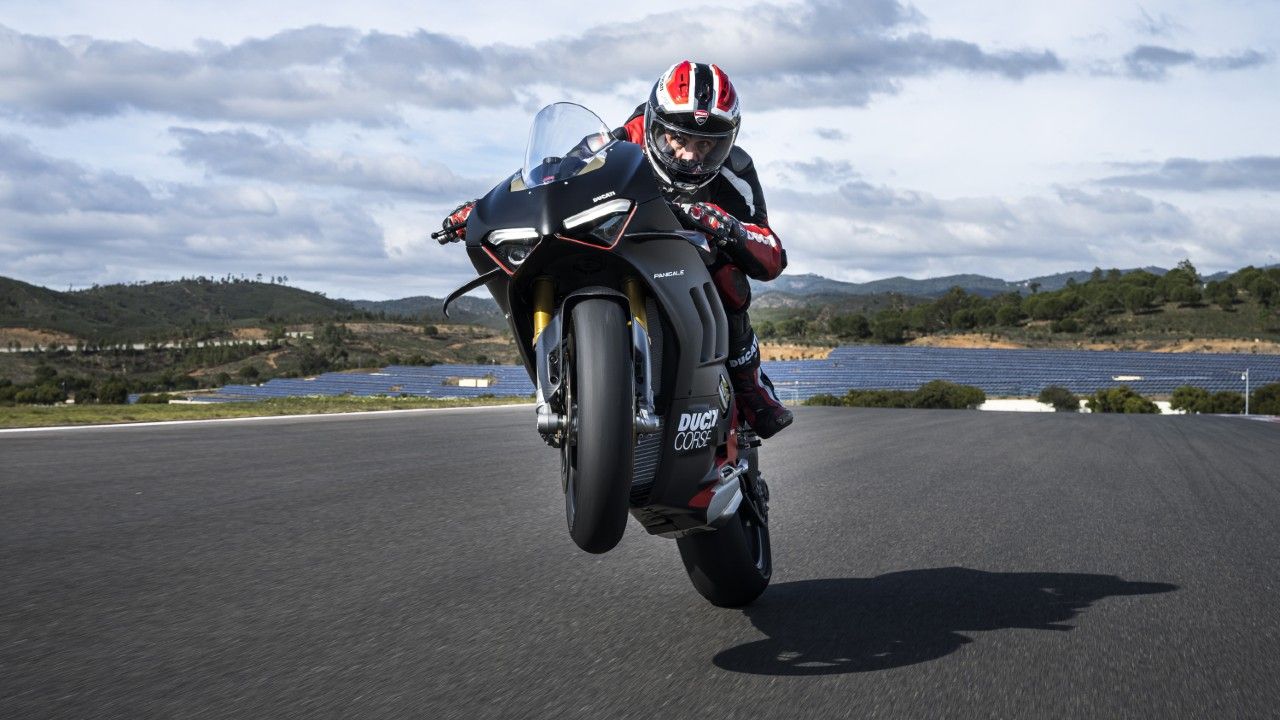 In addition, there is a lightened final drive with a 520 chain, an STM-EVO SBK dry clutch, an Öhlins NPX25/30 pressurised fork at the front with 125mm of travel, and an Öhlins TTX36 shock absorber at the rear. There is also an Öhlins electronic steering damper and the suspension components are governed by the Smart EC 2.0 system, which uses ‘objectives’ and not clicks to fine-tune the suspension. 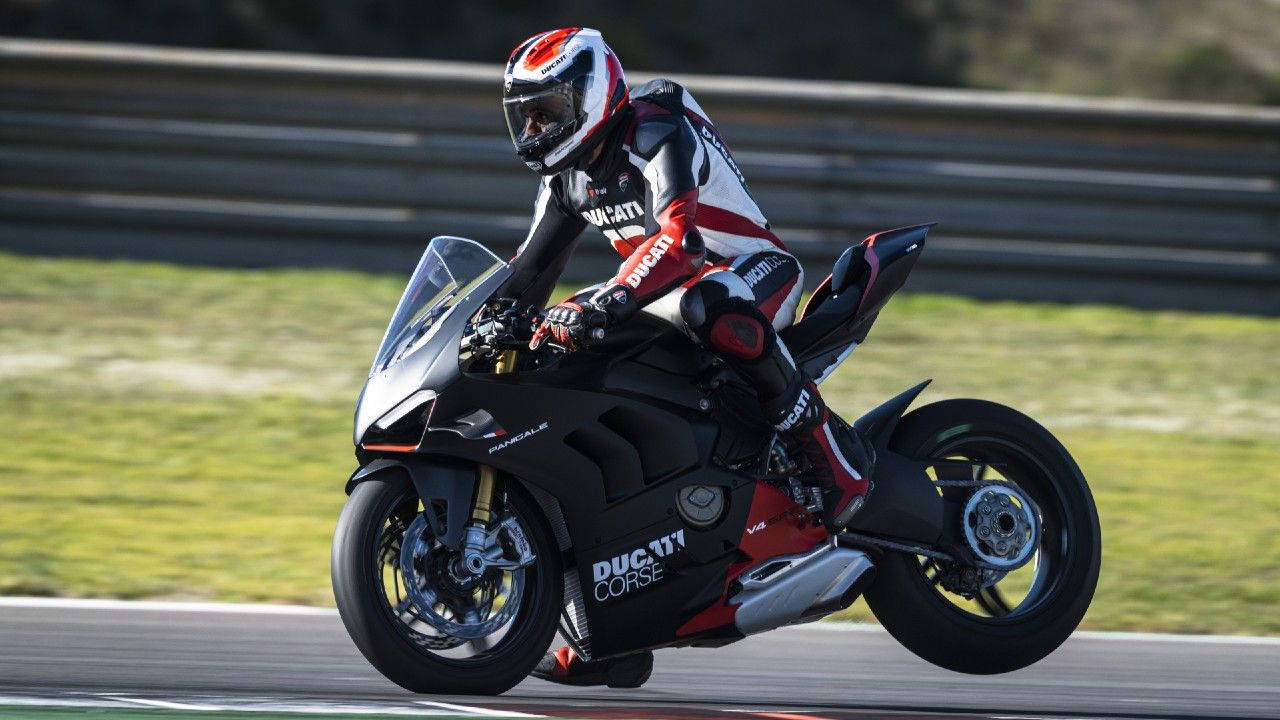 The bike has carbon fibre rims on both ends, which make it 1.4kgs lighter than the Panigale V4 S’ aluminium forged units. Handling braking duties at the front are the Brembo Stylema R callipers and Brembo MCS (Multiple Click System) radial pump.

Other highlights of the V4 SP2 include the Rizoma footpegs, made of anodized aluminium, a ‘Track Evo’ display mode, which is inspired by the one on MotoGP bikes, and, of course, a full suite of Ducati’s cutting-edge electronics, which include Ducati Wheelie Control, Ducati Traction Control, Ducati Slide Control, Engine Brake Control, and more. 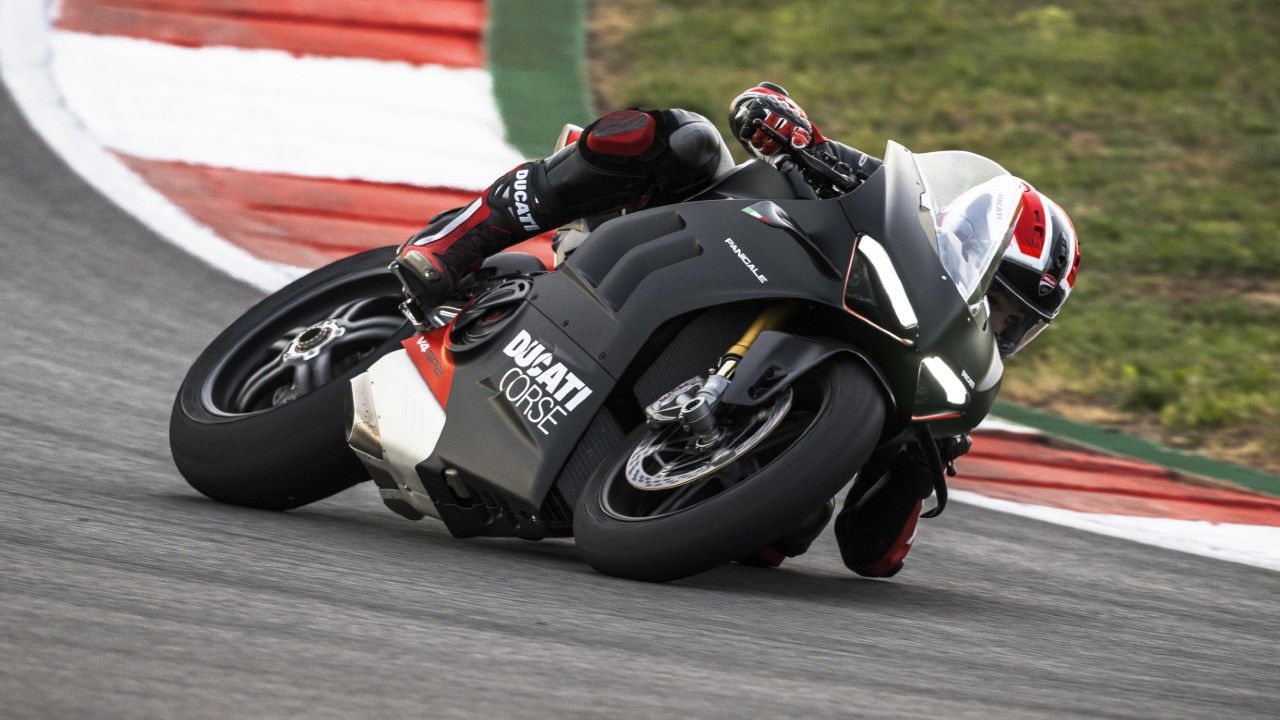 The Panigale V4 SP2 is a limited-run model and will probably be fairly exorbitantly priced. So if you’re still interested, you might want to call your nearest Ducati dealer soon.