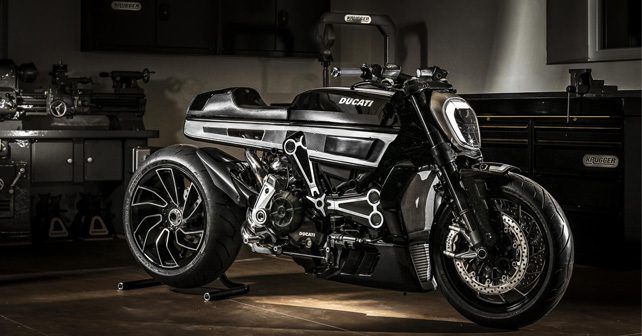 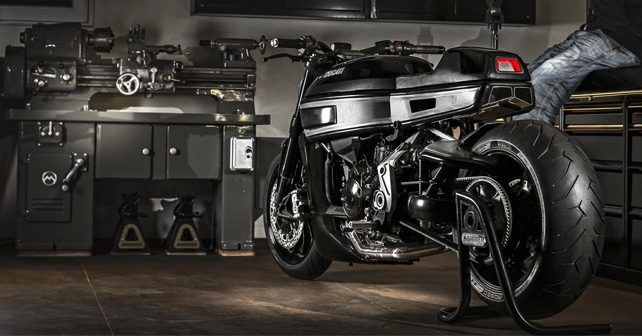 Based on the Ducati XDiavel, the Thiverval is a creation of Belgian customizer, Fred Krugger.

Most will agree that the Ducati XDiavel is a pretty devilish looking motorcycle in its standard avatar. But, Belgian customizer Fred Krugger – who’s a winner two editions of the AMD Custom Bike Building World Championship - thinks otherwise. And that’s perhaps the reason behind his latest creation, which is a one-off version of the XDiavel that features some extreme cosmetic modifications.

Billed as the Thiverval – named after a small racetrack on the outskirts of Paris – the custom power cruiser is a futuristic concept that “demonstrates the XDiavel’s potential in terms of customisation”. As can be seen in the images, it looks borderline mental. The engine is left in full view, but the Trellis frame of the standard motorcycle has been hidden behind a metal structure that seamlessly runs from front to back.

The headlamp unit is retained from the XDiavel, while the tank and tail have been completely redone using alternating gloss, matt and chrome finishes. The slash-cut side mounted exhaust has been replaced by a tail-mounted exhaust in the Thiverval. The twin-strip LED of the XDiavel has been replaced by a small lamp, too. The Thiverval will be showcased to the public on July 1, 2017, at the Lifestyle Village during the 2017 Bikers’ Classics event at Spa-Francorchamps in Belgium.

This is not the first time that Ducati has revealed a one-off custom version of the XDiavel. Before the Thiverval, the firm had also showcased two concept cruisers - the XDiavel by Roland Sands and the draXter by the Ducati Design Center.