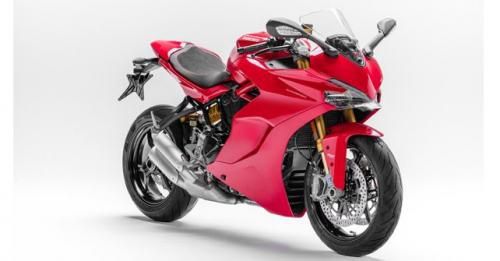 The Ducati SuperSport claims to club the performance of a sportbike with everyday usability.

Ducati has confirmed that it’ll be launching the SuperSport in India on September 22, 2017. Touted to be a friendlier and more road-focused motorcycle, the SuperSport will be available in two trims – standard and S. The prices of the motorcycle were already leaked before – the standard SuperSport 939 will be priced at Rs 11.72 lakh while the S version will carry a price tag of Rs 13 lakh (ex-showroom, Delhi).

The SuperSport was unveiled at the 2016 INTERMOT Show. Although the SuperSport dons the looks of a sportbike, Ducati claims that it’s a motorcycle that can be used every day for commuting and can also go touring. Not to mention, it's also capable of taking care of you on track days. Given its capabilities, it sounds like an ideal superbike for the country.

While the SuperSport is said to be a sedate everyday tool, it’s still very much a superbike at heart. The motorcycle is propelled by a 937cc L-Twin engine that produces 111.5bhp @ 9,000rpm and 96.7Nm @ 6,500rpm. The engine comes mated to a six-speed gearbox.

Other highlights of the SuperSport include three riding modes - Sport, Touring and Urban, ride-by-wire throttle and Ducati Safety Pack which brings the firm’s latest ABS and traction control system onboard. The standard version will come with fully adjustable Marzocchi forks in front and Sachs adjustable shock at the back, while the more expensive ‘S’ version will get adjustable Ohlins shocks and a quick shifter.

Bookings of the new SuperSport are already open at Ducati dealerships across the country at Rs 1 lakh. As for the competition, it doesn’t have many rivals to worry about, but the Kawasaki Ninja 1000 and the Suzuki GSX-S1000F come the closest in terms of offering practicality with performance.