Erik Buell Racing gets another Lifeline 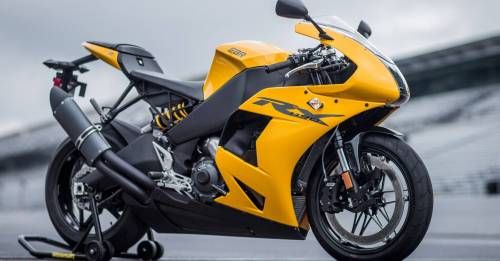 It's been a tough couple of months for Eric Buell Racing (EBR). The unique American bike manufacturer had filed for bankruptcy earlier this year, because the company was not selling enough bikes. However, it looks like EBR has given a second chance at life thanks to two separate cash injections that will allow the firm reopen its doors to staff, and rescuing the company from probable permanent closure.

As we had mentioned earlier, Hero MotoCorp had a significant interest in keeping the company alive and so they were the first to pour resources into the ailing business. Hero had bought a 49% share of EBR in 2013 with an investment of $25 million. Now it looks like the Indian bike maker has pumped in another $2.8 million to acquire EBR's consulting business assets and R&D, which were in the process of developing new models for Hero.

Although no official statement has been made about when new EBR bikes will roll off the assembly lines, it is clear that Erik Buell will be back at the helm as President, and Belfer will be the new CEO. We will have to wait and see how this all plays out for all parties.