Exploring 5 hidden gems of Delhi on a TVS Wego 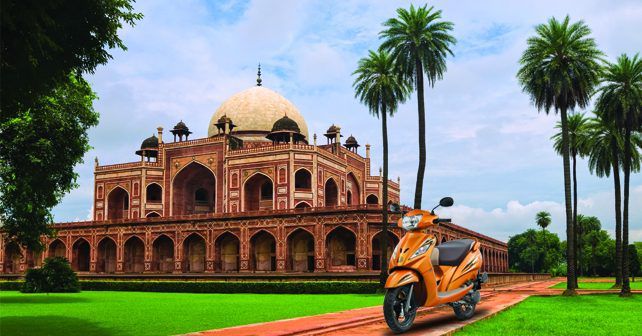 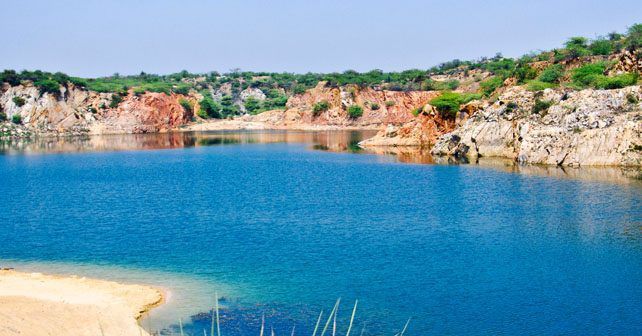 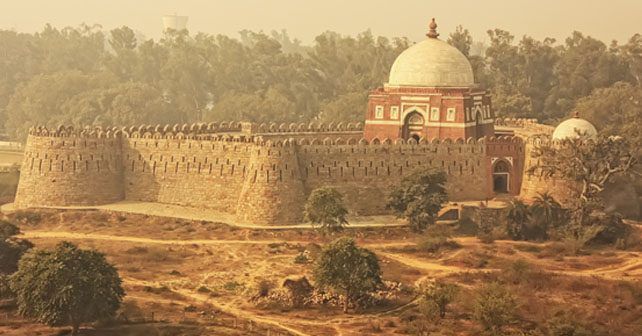 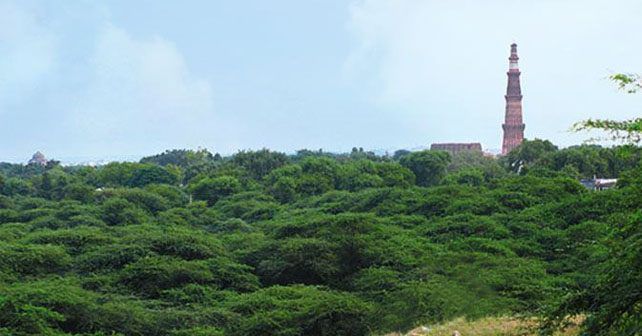 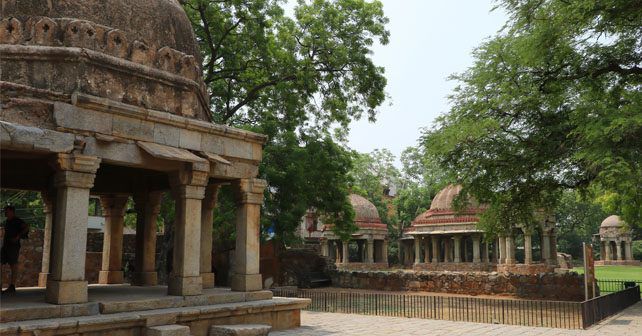 The capital of India is one of the most historic cities in the world. Studded with ancient monuments that are remnants of a time long passed, New Delhi has now grown to become one of the most significant bustling cities in the world. While the city has grown by leaps and bounds, so has its population – which has led to increased development and commercialization. It’s now an urban concrete jungle, but luckily it’s also one of the few global cities in the world that still has a large number of green pockets located right in the heart of the city. Neighborhood parks, city gardens, and even forests are spread across the capital – along with a couple of World Heritage Sites – making Delhi quite an attractive city for nature lovers. We decided to gear up on a TVS Wego, which is both stylish and practical – and therefore the perfect companion to explore the hidden gems that Delhi has to offer. 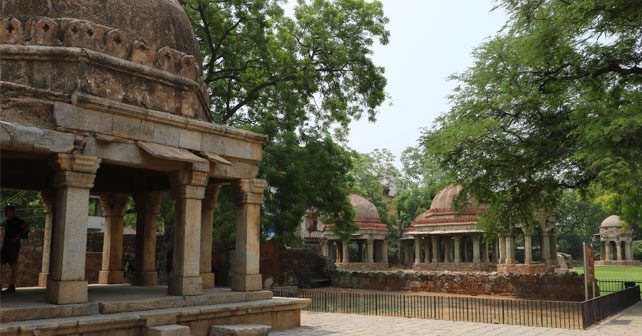 While Lodi Garden is probably one of the better known and visited sites in Delhi, Hauz Khas Park and the adjoining Deer Park and Rose Garden offer another escape from hectic city life, where you’ll also find smaller crowds. These three parks combine to form one of the largest green areas right in the heart of the city. You can lounge by the large pond, with the ruins of an ancient fort in the background, or you could stroll through the lovely paths of the rose garden. You can even see some spotted deer at the Deer park. It really is a beautiful place to relax and get some peace and quiet, and afterwards if you get hungry and you can go and check out the many wonderful food joints in Hauz Khas Village. 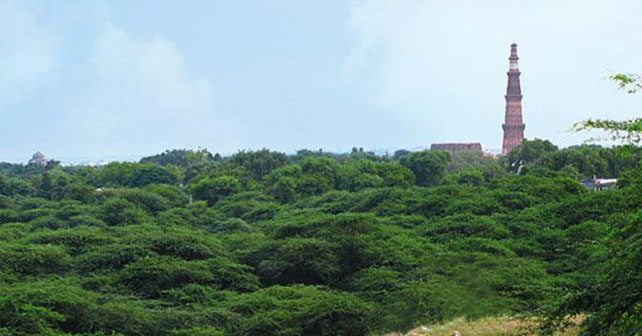 This is perhaps one of the most exciting places to visit in Delhi if you’re fond of hiking and / or biking – or if you simply want to just wander around a beautiful forested area. This sprawling city forest covers nearly 783 acres of hilly terrain and thick wooded area. Although it had undergone severe degradation in the past, the forest has now been restored to its former glory and still continues to be a shining example of how the city protects its green zones. There are many hiking paths and biking paths and it’s really a wonderful place to visit at any time of year. It’s also largely unknown by many locals and it’s always quiet and peaceful. And if you’re lucky you might spot a Golden Jackal or Nilgai among the large variety of animals that reside there. You can safely park your TVS Wego near the Qutab Institutional Area and enter the forest from there. 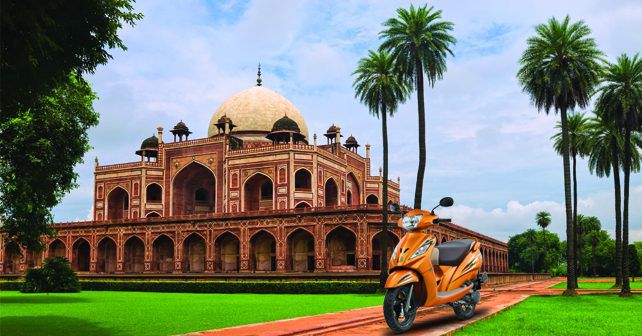 While Humayun’s tomb is not really a hidden gem, it’s not as popular as the Red Fort or Qutub Minar. Located in the center of Delhi, in Nizamuddin, it is perhaps one of the most beautiful and well maintained historical sites in India. If you aren’t interested in making the drive to Agra, you can head over to Humayun’s Tomb, which is just as intricate and beautiful as the Taj Mahal. The large sandstone tomb is surrounded by large, beautiful gardens with lots of open space in one of the nicest areas of Delhi. You can have a nice picnic and enjoy the place during the day, and then in the evening head to the local Sufi joint to experience some quality music and food. And with the TVS Wego, you can easily weave through the tiny alleyways and roads of the area. And the best part? The built-in charger doesn’t let your phone die on you while navigating. 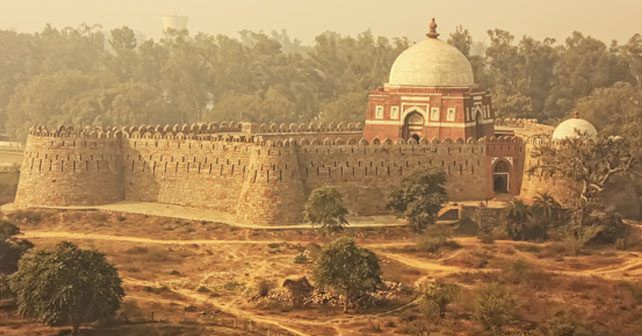 This fort, situated in South Delhi, is one of the lesser known forts in Delhi and is rarely visited by large crowds. Stretching over 6 kilometres in length, the main part of the fort is located on the top of a hill that overlooks large fields. The fort itself is quite unique and interesting in its design, and has nicely maintained gardens and walking paths inside the walls. Tughluqabad still consists of remarkable, massive stone fortifications that surround the irregular ground plan of the city, and there are also a few residential areas located within part of the area. It’s still a very nice place to explore and escape the daily hustle and bustle of a big city. The picturesque site made for some great Instagram moments, especially with the sunlight glinting off the Wego’s silver oak panels. 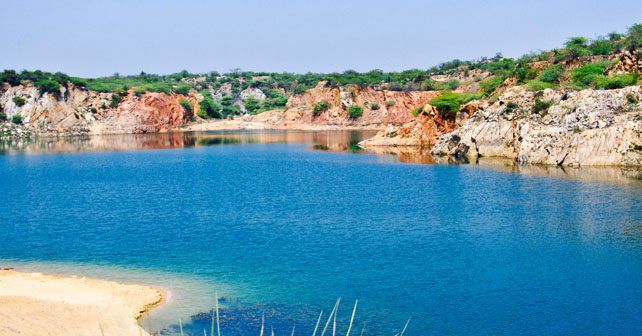 Very close to Tughluqabad is the Asola Bhatti Wildlife Sanctuary. If you want to get a sense of what New Delhi used to look like before it became a historic city, then you must visit this place. Covering more than 4,700 acres, this protected area contains one of the last surviving remnants of the Delhi Ridge hill range. Its semi-arid forest habitat is the northernmost extension of the Aravalli Mountains, which begin in the state of Rajasthan. At one time this forested ridge area extended throughout the city of Delhi, but development has all but destroyed it. The roads that lead to the sanctuary are not the best, but the suspension of the TVS Wego will easily soak up the bumps – as it handles very well on any terrain.

*This is a Sponsored Feature.