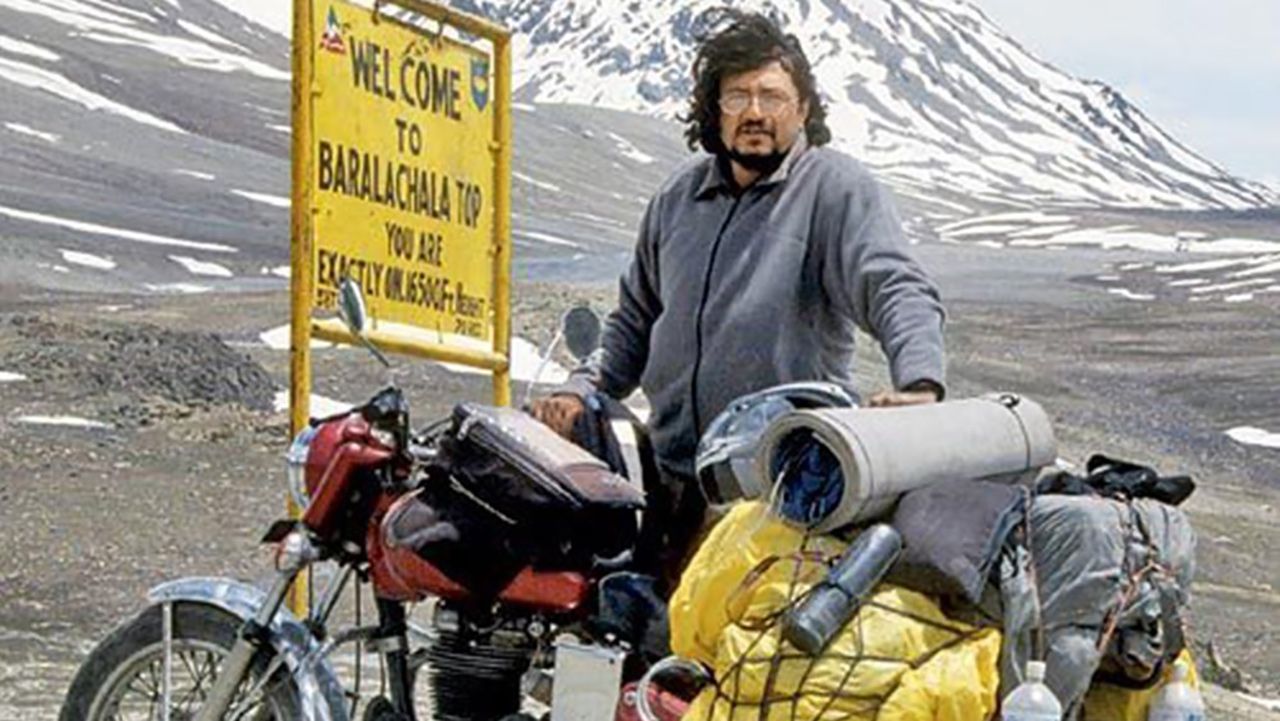 Gaurav loved to ride solo and worked as a one-man film crew. His debut film, Riding Solo to the Top of the World won the National Award in the Non-feature film category in 2007

With a heavy heart we write this obituary for Gaurav A. Jani, a passionate motorcyclist, filmmaker and inspiration to a lot of motorcycling enthusiasts. He passed away at 2am on 24th May after battling multiple organ failures due to an infection unrelated to COVID-19.

For the uninitiated, he was the man behind the documentary film, Riding Solo to the Top of the World. The film made its debut in 2006, and went on to win the National Award in the Non feature film category in 2007. Gaurav loved to travel solo and functioned as a one-man film crew. He went on to direct and produce two more films under the Dirt Track Productions banner – One Crazy Ride and Motorcycle Chang pa. His films were honest, raw and gave us an unadulterated picture of the free-spiritedness of motorcycling. He was also the judge at the first-ever Film Festival at the India Bike Week in 2016.

An honest filmmaker and a true motorcycling enthusiast, we are sure that Gaurav will continue riding solo to the top of the other world. Rest in peace.

This 2018 Pikes Peak Hill Climb documentary is a must watch

Gaurav a free spirit... your soul rest in peace my friend...we will miss you always ????