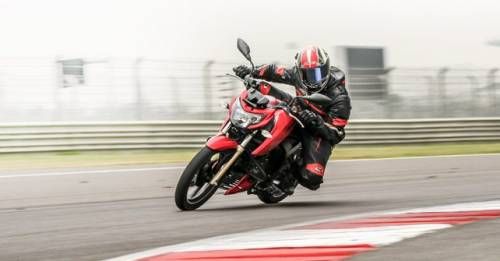 The Goods and Service Tax (GST) wave is taking over the automobile industry. With the new tax structure being brought into force, there have been a lot of changes in the price of products in the automotive industry. For two-wheelers, all offerings below 350cc will now be taxed at 28 percent instead of 30 percent. Needless to say, this has had a positive effect on the sticker price of a lot of offerings.

TVS has announced that the benefits of the revised tax structure will be transferred to the end customers. The company has reduced the price of its commuter offering by Rs 350 to Rs 1,500. TVS Motor Company's premium products will now cost up to Rs 4,150 less than before. To keep its dealers happy, TVS also announced "Dealers will be given suitable assistance on the opening stock as on 1st July 2017 purchased by them at a pre-GST price."

Meanwhile, the Hosur-based company has also released their sales number for June 2017. An increase in sales from 2,40,236 in June 2016 to 2,68,638 units in June this year, has resulted in a growth of 11 percent. Domestic sales grew by 10.4 percent while scooter sales grew an impressive 33.8 per cent. The two-wheeler manufacturer has also shown positive growth of 13.3 percent in exports.