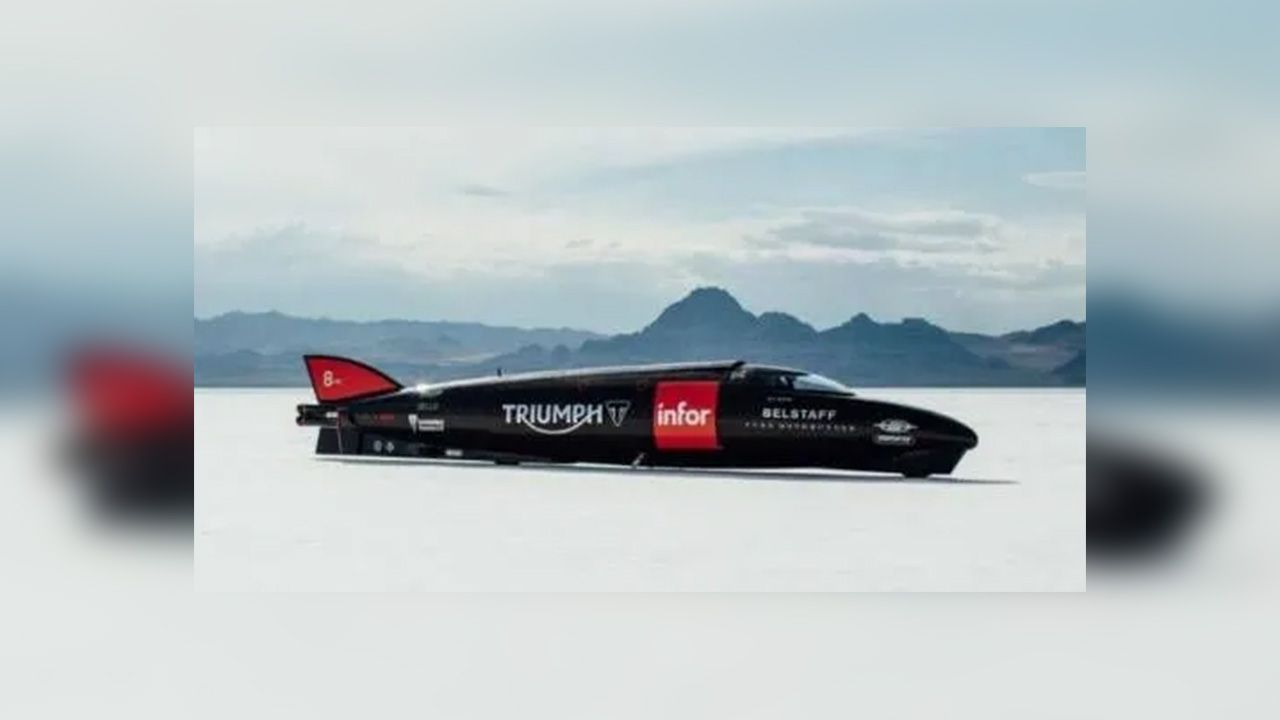 Triumph Motorcycles with Guy Martin attempted to break the world land speed record with the Triumph Infor Rocket Streamliner at the Bonneville Salts flats in Utah, USA to achieve a target of 643 km/h / 400 mph. But during a test run attempting to reach 482 km/h / 300 mph, the bike rolled on the damp patch on the salt flats.

Triumph had arrived at Bonneville again after numerous testing sessions at the venue to finally make an attempt to beat the 605 km/h / 376.36 mph record. But due to unforeseen rainfall earlier in the week left the track damp and and not able to support the record-breaking attempt. The weather delayed the attempt by a week, but track inspectors have shown that conditions have improved, it has not been possible to create the constancy across the full 17.7 kilometre course required to safely attempt the record breaking run.

But despite the conditions, Triumph decided to still have a test run attempting at 482 km/h target, but on that outing, the bike rolled in the hands of Guy Martin. However, no reports of any injury has been reported for the Isle Of Man TT star, but the 25-feet long, Triumph Infor Rocket Streamliner will undergo a full inspection before another attempt ca be made.

Triumph achieved a speed of 441 km/h / 274.2 mph with the Triumph Infor Rocket Streamliner at the hands of Martin during a practice session in the earlier in the summer. This made the streamliner the fastest bike triumph has ever built.

But despite the setback, Triumph has announced they will not give up on breaking the world land speed record and have confirmed that they will return when the conditions allow.