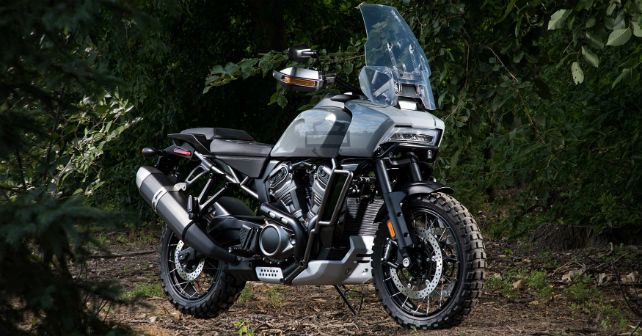 Think of Harley Davidson and the picture that comes to mind is that of a big capacity cruiser. But it seems like the American bike maker is all set to change this perception. Harley Davidson today announced plans of developing motorcycles ranging from 500-1,200cc, all of which will be based on a new platform. The most interesting product however will be the Pan America – an adventure tourer. The company released first images of its prototype today. The pictures reveal the motorcycle to have its cylinders mounted in a vee. The prototype of the 1,250cc adventure tourer has been fitted with upside down forks and Brembo brakes. There will also be a 1250 Custom and a 975 Streetfighter on offer. Based on a 975cc v-twin motor, this Streetfighter is reminiscent of the XR1200X. All three motorcycles will be based on the same platform and are expected to be launched by 2020.

Aside from this, Harley also announced its intentions of expanding its product portfolio and venturing into 250-500cc offerings. This line of products will be focused at the Indian and Asian markets. For the future, Harley has announced that they are looking at an alliance with an Asian partner for the 250-500cc motorcycles. There will be a new product spawning from this development and it is sure to be launched in India – expect to see the motorcycle in flesh by 2022.

We have seen it a while ago and have been waiting for it since then. Now, Harley Davidson has officially announced the launch of their electric offering Livewire in 2019. Harley also announced that these aren't the only motorcycles that will be launched – more will come around 2022.