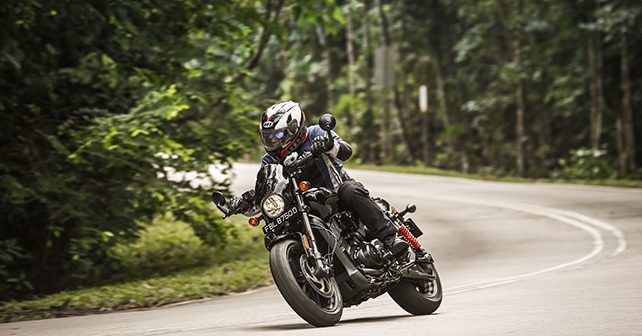 From the affordable Street 750 and Street Rod, to the Fat Boy Special, Harley Davidson has updated seven models to meet the BS-VI emission norms. The Street 850 is now priced at Rs 5.34 lakh

Harley Davidson showcased their first BS-VI motorcycle, the Street 750 Special Edition, in August last year. But aside from that, the company hadn’t introduced any of its updated BS-VI offerings, so far.

Harley has now released the pricing of seven of its BS-VI motorcycles starting from the Street 750. The entry-level Harley now demands Rs 5.34 lakh (ex-showroom). The Street 750 continues with the same 750cc RevolutionX V-twin engine that puts out 60Nm of torque at 3,750rpm. With this motor now BS-VI compliant, the American cruiser maker has also introduced the greener Street Rod. Prices for the Street Rod range between Rs 5.66 lakh to Rs 6.55 lakh depending on the colour you choose.

Aside from their RevolutionX engine, Harley has also upgraded its 1,200cc Evolution V-twin motor that does duty in the Forty-Eight, Forty-Eight Special, and the Custom 1200. The Forty-Eight starts at Rs 9.89 lakh while the top-of-the-line Custom 1200 demands Rs 11.25 lakh. The Milwaukee-Eight 107 and the Milwaukee-Eight 114 have also been updated to meet the upcoming emission norms. The 107 does duty in the Low Rider and lower variants of the Fat Boy. As of now, only the Fat Boy gets the updated 114 motor. There’s no news about when other products like the Low Rider S, Street Glide Special and other will get the BS-VI update.

Here’s a look at the detailed pricing of the Harley Davidson’s BS-VI models.