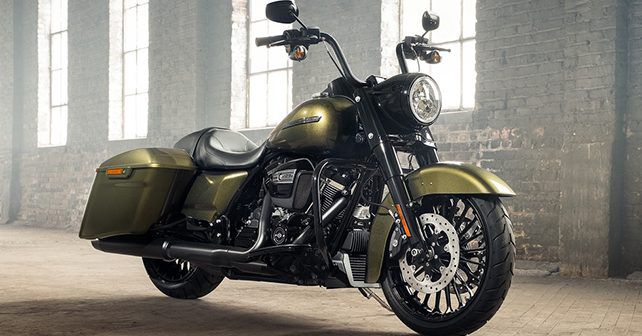 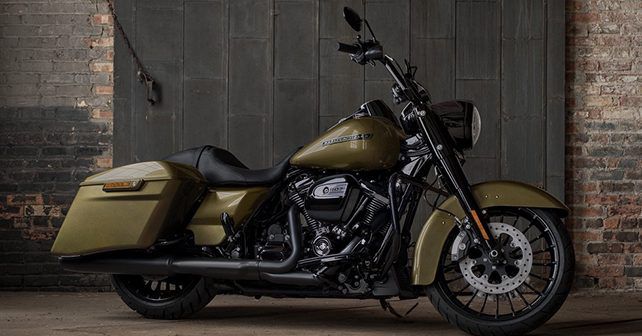 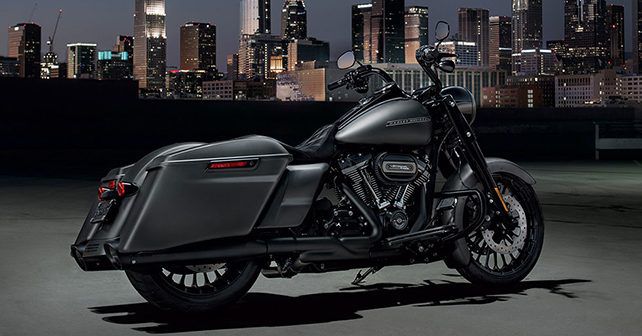 The Road King in India is sold with chrome finish, the new Road King Special gets a darker theme and gets the new 1,745cc Milwaukee Eight 107 engine that develops 159 Nm of torque at 3,250 rpm.

The motorcycle is available in four colour options; Charcoal Denim, Hot Rod Red Flake Hard Candy Custom, Olive Gold and Vivid Black. The bike weighs 372 kilograms, and has a 22.7 litre fuel tank. Harley has removed the windscreen and has added 9-inch tall ape hanger bars. The Road King Special gets black finish with flat black exhaust pipes and the bike has also been given a lower profile.

The bike gets 4-piston fixed callipers with disc brakes at the rear, while the front gets a twin disc setup. The bike is 2,420mm long, and has a seat height of 695mm, and the ground clearance has been reduced to 125mm. The Road King Special has a 31º and 32º lean left and right lean angles respectively.